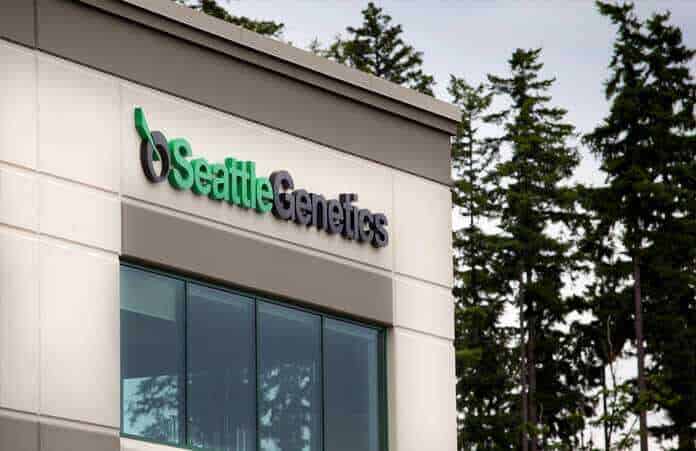 Two Washington-state based companies, Seattle Genetics and Cascadian Therapeutics (previously named Oncothyreon), a clinical-stage biopharmaceutical company dedicated to developing innovative product candidates for the treatment of cancer, have agreed on a definitive merger under which Seattle Genetics has agreed to acquire Cascadian Therapeutics.

With the acquisition Seattle Genetics adds a late-stage breast cancer program to its own oncology pipeline of industry-leading antibody-drug conjugate (ADC) technology designed to harnesses the targeting ability of antibodies to deliver cell-killing agents directly to cancer cells. The acquisition provides Seattle Genetics with global rights to a pivotal phase II program in the development for HER2+ metastatic breast cancer with a potential rapid registration pathway.

Under the terms of the agreement, Seattle Genetics will pay $10.00 per share in cash, or approximately $614 million. The transaction was unanimously approved by the Boards of Directors of both companies.

The investigational agent was invented by Array BioPharma and licensed to Cascadian Therapeutics for development, manufacturing and commercialization.

Tucatinib is currently being evaluated in a randomized global pivotal trial called HER2CLIMB for patients with HER2-positive (HER2+) metastatic breast cancer, including patients with or without brain metastases.  The investigational agent has been evaluated as a single agent and in combination with both chemotherapy and other HER2-directed agents including trastuzumab (Herceptin®; Genentech/Roche) and trastuzumab emtansine (Kadcyla®; Genentech/Roche).[1][2]

Results from phase Ib trials showed that the combination of tucatinib, capecitabine and trastuzumab was generally well-tolerated and demonstrated clinical activity in patients with and without brain metastases. The data support the ongoing pivotal trial and the potential role of tucatinib in earlier lines of metastatic breast cancer.

In December 2017, the first patient was enrolled in the investigator-initiated Phase Ib/II trial known as TULiP that is evaluating tucatinib in combination with an aromatase inhibitor and CDK4/6 agent for patients with hormone receptor-positive and HER2-positive (HR+/HER2+) metastatic breast cancer. Based on the activity of tucatinib in combination with multiple agents in patients with brain metastases observed in prior studies, the trial will also include these patients.

Cascadian Therapeutics’ is also developing a Chk1 kinase inhibitor and an antibody against an immuno-oncology target known as TIGIT, both of which are currently in preclinical development.

“Tucatinib would complement our existing pipeline of targeted cancer therapies, provide a third late-stage opportunity for a commercial product in solid tumors and expand our global efforts in breast cancer. It also leverages our broad expertise and resources to advance and expand the tucatinib program for patients. Beyond breast cancer, we believe there may be opportunities for tucatinib in other tumor types, such as HER2-positive metastatic colorectal cancer. Cascadian’s pipeline also includes a preclinical immuno-oncology agent. We look forward to welcoming the team at Cascadian Therapeutics and continuing the momentum of the tucatinib development program,” Siegall added.

“This agreement represents a very positive outcome for patients with HER2-expressing cancers, our employees and for our stockholders,” said Scott D. Myers, President and Chief Executive Officer of Cascadian Therapeutics.

“Seattle Genetics has the development and commercial capabilities and the resources needed to more fully realize the potential of tucatinib as a new best-in-class treatment option for metastatic breast cancer, colorectal cancer and potentially for other indications,” Myers concluded.

In connection with the transaction, Seattle Genetics has secured a financing commitment in the amount of $400 million from Barclays and JPMorgan-Chase Bank. The balance of the consideration will be provided from cash on hand.

What the Experts Teach: PepTalk 2015