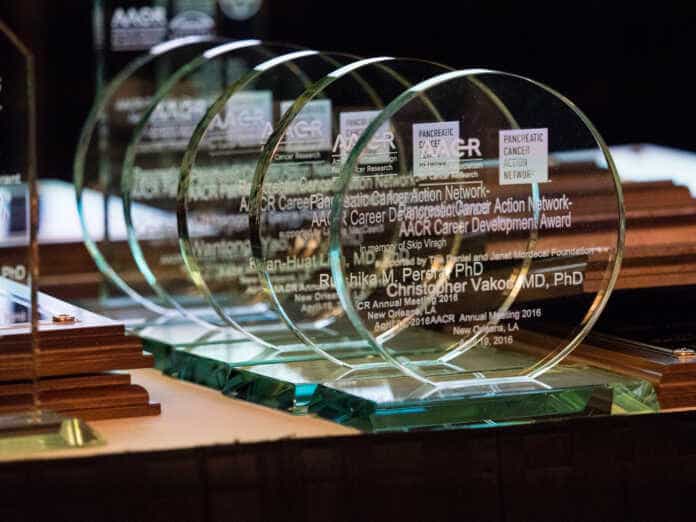 Positive, preclinical data evaluating MM-310, an antibody directed nano therapeutic or ADN that encapsulates a newly engineered form of the highly potent chemotherapy docetaxel as a prodrug in an ephrin receptor A2 (EphA2)-targeted liposome, being developed by Merrimack, were presented in an oral presentation and three poster sessions during the annual meeting of the American Association for Cancer Research (AACR) being held April 16 – 20 in New Orleans, LA.

The ephrin receptor A2 (EphA2), part of the Ephrin family of cell-cell junction proteins, is a key receptor associated with poor prognosis and is shown to be overexpressed in several solid tumors including prostate, ovarian, gastric and lung cancer. [1] Ephrins receptors are cell to cell adhesion molecules that mediate signaling and are implicated in neuronal repulsion, cell migration and angiogenesis.[2]

Delivery platform
In preclinical models, MM-310 has demonstrated that Merrimack’s proprietary delivery platform provides controlled biodistribution and sustained exposure of the drug at the site of the tumor. This design has shown improvement in antitumor activity while avoiding the hematologic toxicities common with docetaxel, a semi-synthetic, second-generation taxane derived from a compound found in the European yew tree Taxus bachata, or the bleeding associated with a traditional antibody-drug conjugate (ADC) format in preclinical models. [3]

“We designed MM-310 to deliver a large and sustained chemotherapy payload of Merrimack’s newly engineered docetaxel prodrug within a protective nanoliposome to the tumor site while minimizing exposure to healthy tissues, with a goal of overcoming one of the greatest challenges in cancer treatment,” explained Walid Kamoun, Ph.D., Research Team Lead at Merrimack.

“We also used our systems approach to choose the EphA2 target as a means of enhancing MM-310’s ability to be taken in by tumor cells and to penetrate deep into the tumor core. We are excited by MM-310’s preclinical data set and look forward to future clinical evaluation of this latest therapeutic candidate from our ADN platform,” Kamoun continued.

EphA2 receptors are associated with poor prognosis and are shown to be overexpressed in several solid tumors, including prostate, ovarian, bladder, gastric and lung cancers.

Toxicity
Docetaxel displays potent and broad antineoplastic properties, it binds to and stabilizes tubular, and, as a result, inhibits microtubule disassembly leading to in cell- cycle arrest at the G2/M phase and cell death. This agent also inhibits pro-angiogenic factors such as vascular endothelial growth factor (VEGF) and displays immunomodulatory and pro-inflammatory properties by inducing various mediators of the inflammatory response.

The drug has been widely used to treat solid tumors either in the curative or palliative setting, in first or later lines of therapy.  While the analysis of docetaxel shows a dose-response relationship strongly suggesting that a higher dose may lead to high response, at the same time, a higher dose will also lead to higher toxicity. It is this toxicity and the associated side effects that limit the drug’s clinical efficacy. [5]

To address the pharmacokinetic limitations of docetaxel and the lack of cellular specificity, researchers at  Merrimack developed a novel docetaxel-based nanoliposome called MM-310. The novel drug was developed to reduce systemic toxicity of docetaxel while still keeping its anticancer activity. [5]

“In an analysis of the docetaxel dose-response relationship, the data strongly suggest that the ability to deliver a higher dose of the traditional chemotherapy may lead to higher therapeutic response but also to higher toxicity. In our preclinical models, MM-310 was associated with fewer hematologic toxicities than free docetaxel and was shown to induce tumor regression or controlled tumor growth,” said Daryl Drummond, Ph.D., Vice President of Discovery at Merrimack.

Methodology and Results
Several preclinical models of breast, lung and prostate cancer were used to examine the differences between MM-310 and free docetaxel. In preclinical testing, MM-310 had a significantly longer half-life than free docetaxel, with prolonged exposure at the tumor site.[5]

Pancreatic cancer
In one trial, the researchers Merrimack and Roswell Park Cancer Institute, Buffalo, NY, found that MM-310 is highly active in several patient derived models of pancreatic cancer, one of the deadliest cancers with survival described in number of months and weeks, and that it was equal or greater to most standard of care agents. Based on these initial results, they believe that further research is warranted.[4]