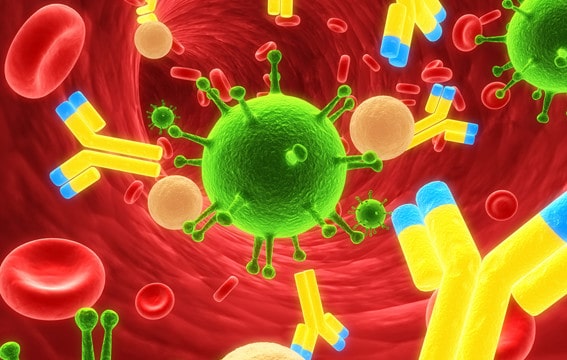 This month Immune Pharmaceuticals Inc., which applies a personalized approach to treatment, developing novel, highly targeted antibody therapeutics to improve the lives of patients with inflammatory diseases and cancer, announced that its Board of Directors elected Daniel Kazado Chairman, BA, of the Board succeeding Daniel G. Teper, MBA, PhD, who continues as Chief Executive Officer of Immune. Kazado has been a member of Immune’s Board of Directors since 2013.

Commenting on the his appointment, Kazado, said: “I am delighted to represent the interest of shareholders and to continue to support the strategic vision of Immune founder and CEO, Daniel Teper, to build a leading Antibody therapeutics company.”

Kazado continued:  “We believe that the recently completed financing will allow Immune to conduct two Phase II proof of concept clinical trials with its lead drug, Bertilimumab. We believe that the partnering of our Phase III ready Neuropathic Pain drug, AmiKet™, will allow to accelerate the development of NanomAbs, a novel Antibody Drug Conjugate platform, and to consider additional external growth opportunities with a focus on clinical stage assets.”

A long career
Earlier in his career Kazado built his own management consulting firm advising boards of directors and senior management in multiple industries. In 2002 he sold the company to Altran Technologies, a publically traded multinational management consulting group with revenues of over US $ 1 billion. Kazado has since been a successful private equity investor in healthcare and other industries and a consultant to Melini Capital, a family owned private and public equity firm investing internationally in several industries. with significant early investments in Immune Pharmaceuticals. Kazado holds a Bachelor’s degree in Economics and a Master’s in Management form University of Lyon in France.

Antibody-drug Conjugate platform
The NanomAbs platform, which is being developed by Immune Pharmaceuticals, is a conjugate of a targeting moiety to chemotherapeutic drug loaded polymeric nanoparticles. Development of the company’s linker technology enabled the optimized drug to mAb ratio using the mAb as a targeting moiety. To date, extensive preclinical research have shown improved anti-cancer effect in several cancer models and beneficial safety profile. Leveraging the NanomAbs technology for targeted combined cancer drug delivery is currently underway showing synergistic effects in advanced tumors.

The NanomAb platform includes PEGylated polymeric nanoparticles or PPNs which act as a scaffold and shields the active drug from premature elimination or off-target, adverse, effects. A proprietary linker molecules embedded within the PPN connect the mAb to the rest of the particle. The anti-cancer drug (incorporated within the PEGylated polymeric nanoparticles) maybe one of several chemotherapeutic drugs, each with a different mechanism of action. Paclitaxel, Gemcitabine and Oxaliplatin have so-far been successfully incorporated as lipophilic prodrugs within NanomAbs.

As part of their clinical development program, Immune Pharmaceuticals has prioritized the development of Ferritin targeted combination of Gemcitabine Paclitaxel NanomAbs. Total ferritin increased and shifted towards acidic or H-rich ferritin in in the serum of patient with malignancies such as colon cancer, testicular seminoma, breast cancer, squamous cell carcinoma of the head and neck.  In ongoing clinical studies anti-Ferritin NanomAbs have shown marked affinity and improved efficacy for specific tumors such as pancreas and Non-small Cell Lung Cancer (NSCLC).[1][2][3]

Immune Pharmaceuticals has licensed its NanomAbs technology, which was invented by Shimon Benita, Ph.D, in part from the the Hebrew University, Jerusalem, Israel.[1]