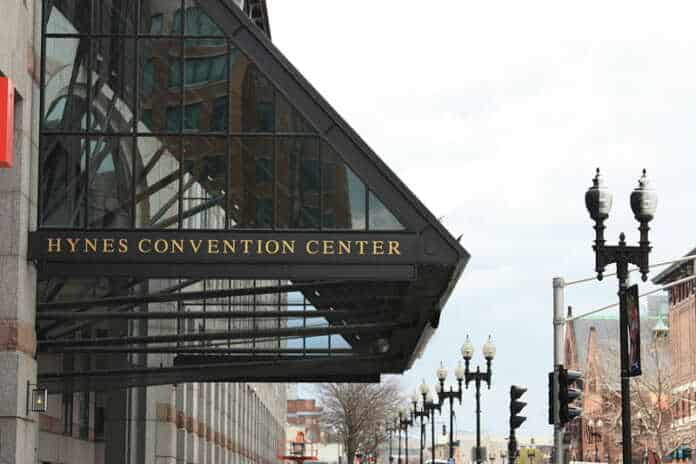 According to data from a phase II clinical trial presented at the AACR-NCI-EORTC International Conference on Molecular Targets and Cancer Therapeutics*, being held November 5–9, 2015, in Boston, MA, sacituzumab govitecan, an anti-Trop-2 antibody-drug conjugate or ADC also known as IMMU-132 which is being developed by Immunomedics Inc, a clinical-stage biopharmaceutical company, was safe, tolerable, and yielded meaningful clinical activity in heavily pretreated patients with metastatic triple-negative breast cancer (mTNBC).

Triple-negative breast cancer or TNBC is a very serious disease, with an annual incidence estimated to be about 40,000 people, 20,000 for metastatic TNBC (mTNBC), in the United States, and with a median survival of 10-13 months and median PFS of 2-3 months for mTNBC. mTNBC is insensitive to most of the available targeted therapies for breast cancer treatment, including HER2-directed therapy (such as trastuzumab), and endocrine therapies (such as tamoxifen or the aromatase inhibitors). There is currently no single standard chemotherapy to treat patients with relapsed/refractory mTNBC. Duration of response is usually short, with rapid relapse, and visceral and brain metastases are very common. In second-line therapy and later, most chemotherapeutics have shown a PFS of up to 3.5 months.

“TNBC … is more prevalent in young and African-American women. It has a high recurrence rate and is perhaps the most difficult type of breast cancer to treat successfully,” noted Aditya Bardia, MD, MPH, assistant professor of medicine at Harvard Medical School, and attending physician of medical oncology at the Massachusetts General Hospital Cancer Center in Boston.

Anti-Trop-2
“Trop-2 is a protein present in limited amounts in normal human tissues but widely found in many human cancers. It is expressed in more than 80% of TNBC, making it an attractive therapeutic target,” Bardia added. Sacituzumab govitecan (IMMU-132) is a first-in-class ADC, which was developed by linking approximately eight molecules of SN-38 (an active metabolite of the chemotherapy agent irinotecan) to an antibody that binds to Trop-2, he explained.

“Patients treated with other agents used to treat heavily pretreated metastatic TNBC have a median progression-free survival [PFS] of three to four months in general, while in our phase II clinical trial, patients on IMMU-132 had an interim median PFS of seven months. The response rate to standard agents is usually 10 to 20%, while the response rate with IMMU-132 was approximately 30%. If you include patients with stable disease, the clinical disease control rate, which is complete response [CR] + partial response [PR] + stable disease, was about 75%. Two patients had a CR to treatment, something which is rarely seen in patients with heavily pretreated metastatic TNBC,” Bardia noted.

“We hope that this drug can be further developed and, if approved, provide a significantly better alternative for these patients with poor prognosis,” Bardia said. IMMU-132 received Fast Track designation from the U.S. Food and Drug Administration for the treatment of patients with TNBC, he added.

Clinical trial
As of October 2015, Bardia and colleagues had enrolled in the multicenter phase II trial 83 TNBC patients who had not responded to previous treatments or had relapsed after successful treatment. The first patient was enrolled into this study 31 months ago. All patients received IMMU-132 once a week for 2 weeks followed by one week of rest. This treatment cycle was repeated until the patient had disease progression or withdrew from the trial. Patients were evaluated for safety every week and assessed for response every two months.

For the 54 patients with 2 or more prior lines of treatment that included a taxane who had received IMMU-132 at the 10 mg/kg dose level, the overall response rate, defined as CR plus PR, was 31.5 percent, and included two CRs.

Well tolerated
Sacituzumab govitecan shows encouraging responses in TNBC with only mild and manageable toxicity. “One of the most interesting findings is that the agent was well tolerated by patients, and toxicity was much lower than one would anticipate with chemotherapy agents such as irinotecan,” Bardia noted. Grade 3 to 4 toxicities included neutropenia (in 15% of the patients), anemia (6%), diarrhea (6%), and febrile neutropenia (4%), and no patient discontinued treatment because of toxicity issues.”

“Twenty-two patients continue to receive treatment, and the overall survival data are not yet mature, with 87% of patients still alive,” Bardia said.

Limitations of the study include lack of a placebo arm and small sample size, according to Bardia. This study was funded by Immunomedics Inc. Bardia declares no conflicts of interest.

Other trials
Sacituzumab govitecan continues to show consistently encouraging results in patients with metastatic solid cancers. At the 6th World ADC Conference which was held in San Diego (October 19 – 22, 2015), sacituzumab govitecan was reported to have produced durable responses that exceeded one year in some patients with metastatic triple negative breast (mTNBC), small-cell (SCLC) and non-small-cell lung (NSCLC) cancers.

Combined with paclitaxel, sacituzumab govitecan was evaluated in a mouse model of human YNBC. The combination therapy significantly inhibited tumor growth in tumor-bearing mice being treated with the combination and resulted in a doubling of median survival when compared to all other available therapies.

“These new data provide that rationale for future clinical evolution of sacituzumab govitecan therapy combined with these agents in patients with TNBC and possible with other TROP-2 expressing cancers,” noted Cynthia L. Sullivan, Immunomedics President and Chief Executive Office.

“More importantly, it suggests that DNA inhibitors such as PARP and microtubule inhibitors now being used or studies in patients with BRCA1 mutations, such as breast and ovarian cancers, may [directly] benefit form a combination therapy with sacituzumab govitecan, which is also a DNA inhibitor causing DNA strand breaks,” Sullivan added.

*Hosted by the American Association for Cancer Research (AACR), the National Cancer Institute (NCI), and the European Organisation for Research and Treatment of Cancer (EORTC), the 2015 Molecular Targets and Cancer Therapeutics conference brings together 3,000+ academics, scientists, and pharmaceutical industry representatives from across the globe to discuss innovations in drug development, target selection, and the impact of new discoveries in molecular biology.

Sacituzumab Govitecan Continues to show Positive Results in the Treatment of...