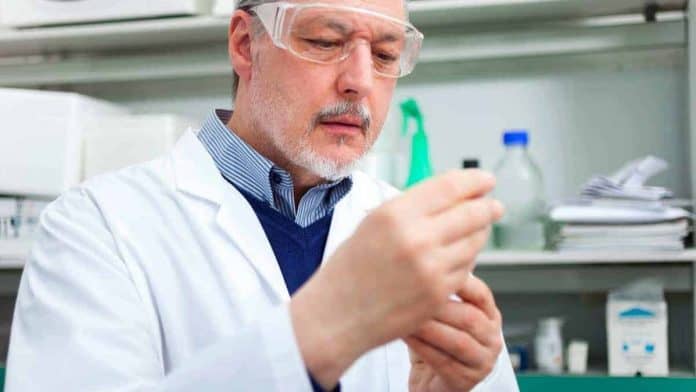 In August 2019 Antikor Biopharma and Essex Bio-Technology confirmed that the companies had entered into an investment agreement for up to U.S. $ 3,100,000.

The investment from Essex Bio-Investment, a wholly-owned subsidiary of Essex Bio-Technology, allows Antikor to consolidate and expand its position as a leading innovator in smaller-format antibody-drug conjugate therapies for solid tumors.

However, in contrast to ADCs, FDCs comprise much smaller antibody fragments (single-chain scFvs) than ‘whole’ antibody drug conjugates (ADCs). As a result, they are relatively easy to discover and can be bioengineered for multiple drug-molecule conjugation, leading to higher loadings than has so far been achieved with whole monoclonal antibodies.

Fragment-drug conjugates demonstrate superior tumor penetration and rapid elimination (clearance) from normal tissues, resulting in less side effects. FDC’s can also be manufactured with high drug-to-antibody ratios (DAR) but without running the risk of problems with product manufacturing or stability.[1]

“The major issue about applying ADCs successfully in oncology is getting a wide enough therapeutic window in patients. Our data suggest that our approach can open up this window whilst hitting solid tumours more effectively,” added Mahendra Deonarain, Ph.D, Antikor’s Chief Executive Officer and Scief Science Officer.

Antikor’s FDCs have been developed to have a much wider therapeutic index (TI) than current antibody-drug conjugates (ADCs), with consequent potential benefits for cancer patients.

The enhanced TI has been confirmed in 4 different animal tumor models, with tumor killing data showing that Antikor’s FDC platform is superior to ADCs in terms of efficacy, speed of regression, durability (longer lasting cures) and lower side effects (body weight).

Next generation therapy
As a next-generation cancer therapy that can overcome the many limitations of existing treatment options, FDCs have exciting market potential, with predicted sales of drug-conjugates of over U.S. $ 18 billion by 2022.

“We believe we have a platform that is tailored to make an impact in an area of major unmet medical need, and with EssexBio’s considerable commercial and clinical expertise, we now have the opportunity for translating the promised advantages of Antikor’s proprietary products into clinical benefit,” noted Mahendra Deonarain, Antikor’s Chief Executive Officer.

“We are excited to have established a strong alliance with Antikor”, said Malcolm Ngiam, President of Essex Bio-Investment.

“Fragment-drug conjugate is an innovative approach with the potential to overcome many of the challenges faced by current treatment methods. The research and commercial partnership with Antikor is an important step towards developing first-in-class treatment for cancer,” Ngiam added.

Anti-HER2 FDC
Antikor is developing ANT043, an anti-HER2 antibody fragment-drug conjugates for the treatment of multiple solid tumors. In preclinical studies the investigational drug has demonstrated more rapid and complete tumor regression compared with a trastuzumab-based ADC in human gastric cancer models. At the same time the trial drug seems to be better tolerated.

The company’s novel technology platform is expected to enrich Essex Bio-Technology’s research pipeline and is aligned with EssexBio’s long-term research and commercial strategy.

Antikor’s interest and expertise in the use of much smaller mAb fragments (eg, single-chain scFvs) to covalently attach anti-cancer drugs, began with PhotoBiotics in 2001.

As an Imperial College spin-out company, PhotoBiotics, today a wholly owned subsidiary of Antikor, developed a novel way of specifically targeting photosensitiser payloads to tumors to improve the success of photodynamic therapy.

Everest Medicines to Initiate a Registration Study in China for Sacituzumab...