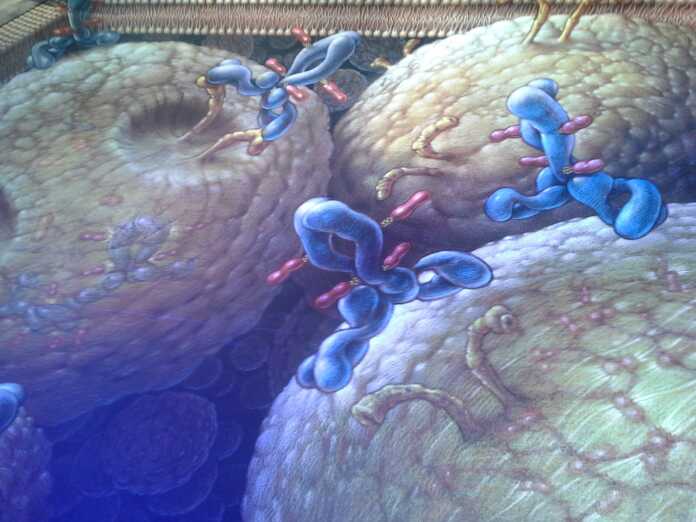 To-date, the treatment of acute myeloid leukemia or  AML remains general unsatisfactory.  Both the medical and scientific communities are looking for urgently needed novel treatment options.  One of the potential strategies being explored includes a antibody-drug conjugates targeting CD33.

Data from an ongoing phase I clinical trial evaluating this novel antibody-drug conjugate SGN-CD33A, in development for the treatment of acute myeloid leukemia (AML), at the 56th American Society of Hematology (ASH) Annual Meeting and Exposition taking place in the Moscone Center, San Francisco, CA, December 6-9, 2014, confirms encouraging anti-leukemic activity with a manageable safety profile in primarily elderly, relapsed patients who were not candidates for other therapies.

Acute myeloid leukemia, also called acute myelocytic leukemia or AML, is an aggressive type of cancer of the bone marrow and blood that progresses rapidly without treatment. AML is a cancer that starts in the cells that are supposed to mature into different types of blood cells.

AML starts in the bone marrow, the soft inner part of the bones where new blood cells are made, and quickly moves into the blood. According to the American Cancer Society, in 2014 more than 18,500 new cases of AML (mostly in adults) will be diagnosed and nearly 10,500 deaths will occur from AML (almost all will be in adults).

SGN-CD33A is a novel antibody-drug conjugates utilizing Seattle Genetics’ newest technology. The drug which targets CD33, consists of a cysteine-engineered anti-CD33 antibody (EC-mAb) enabling uniform site-specific conjugation, a cleavable dipeptide linker that is highly stable in circulation, and a pyrrolobenzodiazepine or PBD dimer that binds DNA with high intrinsic affinity.

Pyrrolobenzodiazepine dimers are a class of DNA-crosslinking agents significantly more potent than systemic chemotherapeutic drugs.  Seattle Genetics has been working with PBDs since 2009 under an exclusive research and licensing arrangement with Spirogen Ltd, which was acquired by MedImmune, AstraZeneca global biologics research and development arm, in late 2013.

Optimizing pyrrolobenzodiazepine
Over the past four years, Seattle Genetics, the developer of SGN-CD33A, has selected and optimized specific PBD molecules for its proprietary use in ADCs. In addition, the trial drug employs a novel linker system and proprietary, site-specific conjugation technology that allows uniform drug-loading of the cell-killing PBD agent to the anti-CD33 antibody. The ADC is designed to be stable in the bloodstream and to release its cytotoxic agent upon internalization into CD33-expressing cells. 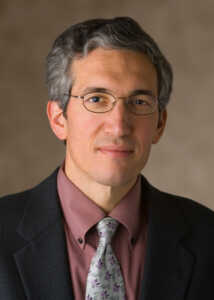 “There is a significant need for improved treatment options for acute myeloid leukemia where patient outcomes and overall survival have not meaningfully changed in the past three decades, particularly for patients unable to undergo intensive chemotherapy,” said Jonathan Drachman, M.D., Chief Medical Officer and Executive Vice President, Research and Development at Seattle Genetics.

“The data presented at ASH on SGN-CD33A demonstrate encouraging anti-leukemic activity with a manageable safety profile in primarily elderly, relapsed patients who were not candidates for other therapies. We are pleased to see a high percentage of patients with marked and rapid reduction in bone marrow blasts and low rates of off-target toxicity and 30-day mortality, in addition to observing complete remissions or complete remissions with incomplete recovery across multiple dose levels. We continue to evaluate SGN-CD33A in this trial, and plan to broaden the clinical program to include a phase 1b trial in combination with standard frontline induction and consolidation agents for AML in the near future.”

“From my experience in treating acute myeloid leukemia, it is notable to see a single agent treatment resulting in bone marrows with no detectable blasts, even by highly sensitive flow cytometry,” said Eytan Stein, M.D., Memorial Sloan Kettering Cancer Center. “The SGN-CD33A data presented today are encouraging and show single agent anti-leukemic activity evidenced by a bone marrow blast clearance in 44% of patients. This appears to be a highly active agent with a manageable safety profile, and I look forward to evaluating it further as a potential treatment for acute myeloid leukemia.”

Presentation
The data were reported were from 56 evaluable AML patients with a median age of 75 years and predominantly intermediate or adverse cytogenetic risk. Of the 56 patients, 43% had received intensive therapy and 57% had declined intensive therapy. More than 50% of patients had evidence of underlying myelodysplasia.

The primary endpoints of the trial are the estimation of the maximum tolerated dose and evaluation of the safety of SGN-CD33A. In addition, the trial is evaluating anti-leukemic activity, pharmacokinetics, progression-free survival and overall survival in patients with CD33-positive AML.

Key findings presented by Stein include:

The SGN-CD33A phase I clinical trial is ongoing to define an optimal monotherapy dose and schedule for future trials.

A phase Ib combination trial is planned to evaluate SGN-CD33A with standard of care in frontline and consolidation settings for acute myeloid leukemia.

ADAPT Study Shows Promising Results in the Treatment of Patients with...

What Happens when the World of Pharma Returns to Frankfurt?