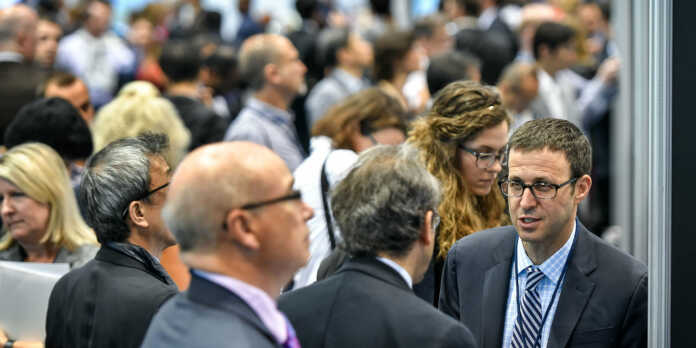 Positive, mature, results from a Phase II study of glembatumumab vedotin (Celldex Therapeutics) in patients with stage III/IV checkpoint inhibitor-refractory, and, if applicable, BRAF/MEK inhibitor-refractory metastatic melanoma (n=62), were presented at the 53rd annual meeting of the American Society of Clinical Oncology (ASCO) being held June 2 – 6, 2017 in Chicago, Ill. [1]

The gpNMB-targeting antibody, CR011, is linked to a potent cytotoxic, monomethyl auristatin E (MMAE), using Seattle Genetics’ proprietary technology. Glembatumumab vedotin is designed to be stable in the bloodstream but to release MMAE upon internalization into gpNMB-expressing tumor cells, resulting in a targeted cell-killing effect.

Key Findings
The study results were presented in an oral presentation by Patrick Alexander. Ott, MD, Ph.D., Clinical Director of Dana-Farber Cancer Institute’s Melanoma Center and its Center for Immuno-Oncology, Assistant Professor of Medicine at Harvard Medical School and an investigator in the study.

As previously reported in a poster presentation during the annual meeting of the European Society of Medical Oncology (ESMO) held October 7 – 11, 2016 in Copenhagen, Denmark, 7 of 62 (11%) patients experienced a confirmed response, and an additional three patients also experienced single time-point partial responses.

Since data were reported in October, one patient converted from a confirmed partial response to a confirmed complete response.[3]

Patients who experienced rash in Cycle 1 experienced a more prolonged OS with a median of 15.8 months (p=0.026, HR=0.44) as compared to those who did not experience rash.

“The single-agent response rate observed in this study, including a complete response, and the duration of the objective responses continue to suggest that glembatumumab vedotin is an active agent in this disease. I am hopeful that leveraging the immune system with checkpoint inhibition in combination with the cytotoxic and immunologic cell death induced by glembatumumab vedotin could bring benefit to an even larger number of patients with melanoma, and I look forward to the outcome of these additional cohorts, he added.”

Single-agent Cohort Overview
Patients enrolled in this single-agent, open-label cohort of glembatumumab vedotin presented with unresectable stage IV (n=62) melanoma. The median number of prior therapies was three (range of 1 to 8). All patients had been heavily pre-treated and had progressed during or after checkpoint inhibitor therapy, and almost all patients had received both ipilimumab (n=58; 94%) and anti-PD-1/anti-PD-L1 (n=58; 94%) therapy.

Twelve participating patients presented with BRAF mutation, and fifteen had prior treatment with BRAF or BRAF/MEK targeted agents. Patients received glembatumumab vedotin every three weeks until disease progression or intolerance. The safety profile was consistent with prior studies of glembatumumab vedotin with rash, neutropenia and neuropathy experienced as the most significant adverse events.

As previously reported, the primary endpoint of the cohort (6 or more objective responses in the first 52 patients enrolled) was exceeded. Seven of 62 (11%) patients experienced a confirmed response, and an additional three patients also experienced single time-point responses. The median duration of response was 6.0 months.

A 52% disease control rate (patients without progression for greater than three months) was demonstrated, and median PFS for all patients was 4.4 months. Consistent with previous studies in melanoma and breast cancer, rash was associated with greater clinical benefit. Patients who experienced rash in Cycle 1 experienced a 21% confirmed response rate, a more prolonged PFS with a median of 5.5 months [p=0.006; HR=0.39] and a more prolonged OS with a median of 15.8 months [p=0.026, HR=0.44].

Pre-treatment tumor tissue was available for 59 patients. All samples were gpNMB positive, and 78% of patients had tumors with 100% of their epithelial cells expressing gpNMB. Given both the high level of expression and the intensity of expression across this patient population, identifying a potential population for gpNMB enrichment is not feasible; therefore, all patients with metastatic melanoma could be evaluated as potential candidates for treatment with glembatumumab vedotin in future studies.

Combining therapy
In August 2016, researchers at Cellgene announced that the study protocol was amended to add a second cohort of patients to a glembatumumab vedotin and varlilumab combination. Varlilumab is Celldex’s fully human monoclonal agonist antibody that binds and activates CD27, a critical co-stimulatory molecule in the immune activation cascade. This additional cohort has completed enrollment with data presentation expected in the fall of 2017.

The company is now enrolling patients to a third arm in the study to assess a glembatumumab vedotin and checkpoint combination in patients who have previously progressed on checkpoint inhibitor. This rationale is strongly supported by preclinical data that suggest that the anti-tumor activity may be enhanced with the combination. In addition, due to their direct cytotoxic properties, microtubule-depolymerizing agents like MMAE also appear to convert tumor-resident tolerogenic dendritic cells into active antigen-presenting cells.[4]

Researchers at Celldex also intends to conduct exploratory analyses of pre-entry skin biopsies in future patients to investigate potential predictors of response to glembatumumab vedotin, given the association of rash and outcome.

Vorinostat Downregulates the Expression of CD30 and Lowers the Efficacy of...