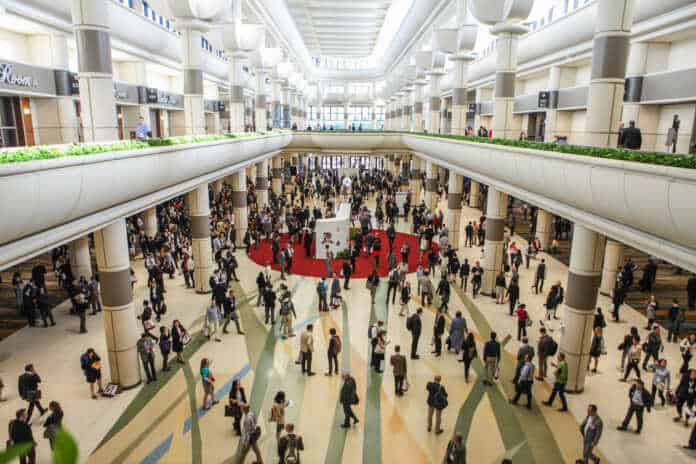 According to the American Cancer Society, more than 72,000 cases of NHL will be diagnosed in the United States in 2016 and more than 20,000 people are expected to die from the disease. [2] Although the highest incidence rates of NHL occur in the United States and Europe, worldwide, NHL represents the 10th most commonly diagnosed cancer, and ranks seventh among developed countries. [4] [5] B-cell malignancies make up about 85% of all cases of NHL. [3]

Urgent need for novel treatment options
Over the last few decades there has been a dramatic rise in the incidence of NHL worldwide. This increase is surpassed only by malignant melanoma and lung cancer in women.[4]

Treatment options for the treatment of NHL may include chemotherapy, biological therapy, immunotherapy or radiation therapy. Furthermore, recent studies demonstrate that B-cell directed antibodies are playing an increasingly important role in the management of NHL. Another treatment options may include stem cell transplantation which is generally more likely to be recommended in patients who experience a relapse after initial treatment.

In aggressive disease, the current standard of care treatment only achieves long-term remission in less than half of all cases of NHL. As a result, there is a large unmet need for both newly diagnosed and relapsed patients.

This urgent needs is especially noted in adult B-acute lymphoblastic leukemia or B-ALL. Determined by immunophenotyping, most people with ALL have the B-cell type and most cases of B-ALL begin in a cell called a precursor B-cell. In this group of patients, fewer than 50% experience long-term survival with less than 10% long-term survival in patients over 60 years of age.  This is emphasized by the fact that at time of relapse, 5-year prognosis is a dismal 7%. [6]

“B-cell malignancies are the most common type of non-Hodgkin lymphoma, or NHL. In the relapsed or refractory disease setting, B-cell NHL is difficult to treat, and there is an urgent need to identify more effective treatment options for these patients,” explained Jonathan Drachman, M.D., Chief Medical Officer and Executive Vice President, Research and Development at Seattle Genetics.

The novel ADC technology used in SGN-CD19B is the same as vadastuximab talirine (SGN-CD33A; 33A), an ADC in clinical development for myeloid malignancies.

ADCs are monoclonal antibodies that are designed to selectively deliver cell-killing agents to tumor cells. This approach is intended to spare non-targeted cells and, thus, reduce many of the toxic effects of traditional chemotherapy while enhancing antitumor activity.

Targeting CD19
CD19, which is broadly expressed across all subtypes of B-cell malignancies, is a type I transmembrane glycoprotein belonging to the immunoglobulin superfamily. [3]  It is present on B cells from earliest recognizable B-lineage cells during development (at the point of B lineage commitment during the differentiation of the hematopoietic stem cell) to B-cell blasts but is lost on maturation to plasma cells and plays a critical role in establishing an optimal immune response by regulating B-cell receptor (BCR)- dependent as well as BCR–independent signaling pathways.[8]

Because B lineage leukemias and lymphomas rarely lose CD19 expression, and since CD19 is not expressed in the pluripotent stem cell, CD19 has been used to diagnose cancers that arise from B cells. It has also become the target for a variety of immunotherapeutic agents. Most current experimental anti-CD19 drugs in development work by exploiting the presence of CD19 to direct treatment specifically towards B-cell cancers. Studies have shown that expression of CD19 is maintained in B-lineage cells that have undergone neoplastic transformation, and therefore CD19 is useful in diagnosis of leukemias and lymphomas using monoclonal antibodies and flow cytometry. [9]

Clinical trials
In late February 2016 Seattle Genetics, a biotechnology company focused on the development and commercialization of innovative antibody-based therapies designed to harness the targeting ability of antibodies to deliver cell-killing agents directly to cancer cells, announced initiation of a phase I clinical trial of SGN-CD19B for relapsed or refractory patients with two subtypes of B-cell non-Hodgkin lymphoma (NHL): diffuse large B-cell lymphoma and grade 3 follicular lymphoma. The trial is designed to assess the safety and antitumor activity of SGN-CD19B.

PBD dimers are significantly more potent than systemic chemotherapeutic drugs, and site-specific conjugation technology (EC-mAb) allows uniform drug-loading of the cell-killing PBD dimer to the anti-CD19 antibody. The ADC is designed to be stable in the bloodstream and to release its potent DNA binding agent upon internalization into CD19-expressing cells.

Distinct mechanism of action
As presented during the 2015 meeting of the American Society of Hematology, fluorescence microscopy studies demonstrat that SGN-CD19B is rapidly internalized and traffics to lysosomes within hours of binding to CD19-positive tumor cell lines. Following uptake, SGN-CD19B induces DNA damage as measured by phosphorylation of histone 2AX. This damage subsequently leads to G2-M cell cycle arrest, caspase-3/7 activation, formation of cleaved poly ADP-ribose polymerase and cell death. [7]

“With SGN-CD19A and SGN-CD19B, we are evaluating two clinical-stage ADCs directed against CD19 utilizing different ADC technologies with distinct mechanisms of action, which may result in differentiated clinical profiles and utility in NHL. Together with ADCETRIS (brentuximab vedotin), these programs are a part of our extensive efforts to improve outcomes for patients with lymphoma,” Seattle Genetic’s Drachman noted.

Endpoints
The study is a phase I, open-label, multi-center, dose-escalation clinical trial. The primary endpoints are the estimation of the maximum tolerated dose and evaluation of the safety of SGN-CD19B. In addition, the trial will evaluate antitumor activity, pharmacokinetics, objective response rate and progression-free survival.

The study is designed to evaluate SGN-CD19B administered every four or six weeks and will enroll up to approximately 100 relapsed or refractory patients at multiple centers in the United States.

Preclinical Data Shows c-Met to be a Potential Target for Antibody-drug...