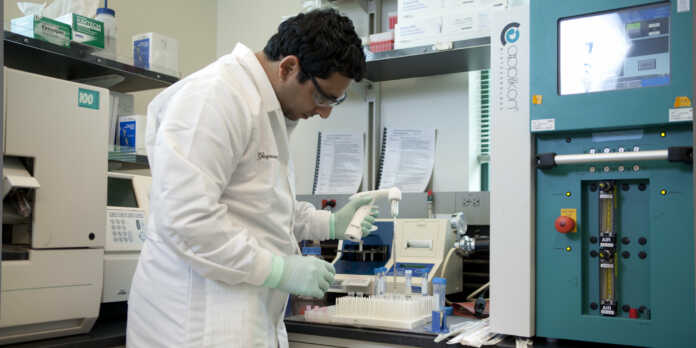 Data highlighted at the 59th annual meeting of the American Society of Hematology (ASH) held in Atlanta, Georgia, December 9-12, 2017 shows final five-year survival results from a phase I clinical trial evaluating  brentuximab vedotin (Adcetris®; Seattle Genetics/Takeda), a drug directed to CD30, which is expressed on the surface of Hodgkin lymphoma cells and several types of non-Hodgkin lymphoma, in the treatment of patient with mature T-cell lymphoma (MTCL).

Unmet medical need
Lymphoma is a general term for a group of cancers that originate in the lymphatic system. There are two major categories of lymphoma: Hodgkin lymphoma and non-Hodgkin lymphoma.

According to the American Cancer Society and analysis of literature sources, approximately 4,300 patients will be diagnosed with CD30-expressing mature T-cell lymphoma in the United States during 2017. While, over the last years, a number of treatments have been developed, overall, a significant unmet medical need persists in older patients, as well as for those patients who have relapsed or refractory (R/R) disease.

Highlights
The data highlighted during the annual meeting focused on durability data from a phase I clinical trial of brentuximab vedotin in combination with chemotherapy for the treatment of patients with newly diagnosed MTCL, also known as peripheral T-cell lymphoma (PTCL).

“Approximately 4,000 patients are diagnosed with MTCL each year. The current standard of care for frontline MTCL treatment has not changed for several decades and there remains a significant need for improved therapeutic options.” noted Jonathan Drachman, M.D., Chief Medical Officer and Executive Vice President, Research and Development at Seattle Genetics.

“The results of this phase I trial support the ongoing phase III ECHELON-2 clinical trial and our goal to redefine frontline MTCL treatment with a novel brentuximab vedotin combination regimen,” he added.

“The final results from the Phase I study were presented today, with five-year progression-free survival and overall survival rates of 52 and 80%, respectively. No patients have experienced any disease progression events since the three-year follow-up results. Importantly, after more than five years of follow-up, patients who remain in remission have the potential to be cured. These data continue to support the phase III ECHELON-2 trial, from which we anticipate reporting data in 2018,” Drachman concluded.

A combination
Data were reported from 26 frontline MTCL patients who received the combination regimen of brentuximab vedotin plus cyclophosphamide, doxorubicin and prednisone (CHP).

The median age of patients was 56 years. Nineteen patients (73%) had a subtype of MTCL called systemic anaplastic large cell lymphoma (sALCL), including 16 patients with anaplastic lymphoma kinase (ALK)-negative disease, which is typically associated with a poor prognosis.

Seven patients (27%) had a diagnosis of other types of MTCL. The majority of patients had advanced stage disease and were considered high risk. All patients on the trial achieved an objective response, including 92 percent with a complete response and eight percent with a partial response.

Updated key findings based on a median observation time of 60 months from first dose of therapy showed that at five-year follow-up, there have been no progression events or deaths in this trial since the three-year follow up. The results also showed that the estimated five-year progression-free survival rate was 52%, with no patients receiving a consolidative stem cell transplant in first remission. The median progression-free survival has not yet been reached.

The trial enrolled 452 patients (approximately 225 patients per treatment arm) randomized to receive brentuximab vedotin plus CHP or CHOP every three weeks for six to eight cycles. Data from the ECHELON-2 trial are expected in 2018.

Is The End of DTC Advertising of Prescription Drugs Near?