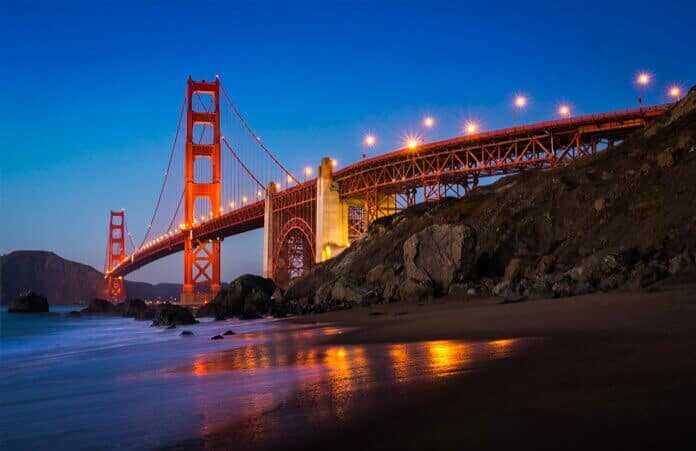 Antibody-drug conjugates or ADCs have emerged as a powerful and strategy tool in the targeted treatment of cancer.  These relatively novel agents combine the ability of monoclonal antibodies to specifically target tumor cells, which express specific antigens on their surface, with the highly potent killing activity of a cytotoxic drug with payloads which is generally too toxic for systemic administration. In contrast to conventional, standard, treatments, antibody-drug conjugates cause less damage to healthy tissues.[1]

This approach, has, over the last two decades led to a paradigm shift in cancer chemotherapy.

Today, a number of different ADC-based treatments options are available for both including hematological malignancies and solid tumors. These options have dramatically increased the efficacy of treatment and are now considered among the most promising strategies used for targeted therapy of patients with a variety of malignancies.

Although much progress has been made, the therapeutic success of future antibody-drug conjugates depends on closely choosing the target antigen, increasing the potency of the cytotoxic cargo, improving the properties of the linker, and reducing drug resistance.[1]

Antibody-drug Conjugates are an integral part of an evolving cancer treatment paradigm, and we are committed to bringing important new treatments to patients in need…

Approved drugs
Today, there are 4 antibody-drug conjugates approved and commercially available in the United States. Until the summer of 2017 brentuximab vedotin (Adcetris®; Seattle Genetics) and ado-trastuzumab entansine (Kadcyla®; Genetech/Roche) were the only commercially available ADCs. Then, on August 17, 2017, the U.S. Food and Drug Administration (FDA) approved inotuzumab ozogamicin (Besponsa™, Wyeth Pharmaceuticals Inc., a subsidiary of Pfizer Inc.) for the treatment of adults with relapsed or refractory B-cell precursor acute lymphoblastic leukemia (ALL) and only weeks later, gemtuzumab ozogamicin (Mylotarg™, previously known as CMA-676; Wyeth Pharmaceuticals, a subsidiary of Pfizer) for the treatment of adults with newly diagnosed CD33-positive acute myeloid leukemia or AML, and adults and children 2 years and older with relapsed or refractory CD33-positive AML was again approved, bringing the number of commercially available ADCs to four.

Through both internal efforts and efforts of its collaborators, Seattle Genetics’ Antibody-drug Conjugate technology is being employed in more than 20 clinical trial programs.  Some of these study programs include a number of late-state development programs across both hematologic malignancies and solid tumors.

“We are the industry leader in ADC technology driven by our scientific expertise in monoclonal antibodies, drug payloads and stable linker technologies. Our leadership is further illustrated by the continued clinical and commercial expansion of brentuximab vedotin (Adcetris®; Seattle Genetics), progress with our late-stage programs enfortumab vedotin and tisotumab vedotin, and the breadth of our pipeline of other ADCs and empowered antibodies,” Siegall further noted.

Addressing the success of the company’s partners, Siegal observed: “Our collaborators are making significant advances with several programs using our technology. Antibody0drug Conjugates ADCs are an integral part of an evolving cancer treatment paradigm, and we are committed to bringing important new treatments to patients in need,”

Brentuximab vedotin, which is developed by Seattle Genetics and Takeda Pharmaceuticals on a 50:50 basis is commercially available in 70 countries worldwide and generated more than $600 million in global sales in 2017.

The FDA granted Priority Review for the application, and the Prescription Drug User Fee Act (PDUFA) target action date is May 1, 2018. The submission of the supplemental BLA is based on positive results from a phase III clinical trial called ECHELON-1. In October 2017, the FDA granted Breakthrough Therapy Designation (BTD) for brentuximab vedotin in frontline advanced Hodgkin lymphoma based on the ECHELON-1 study results.

Enfortumab vedotin
In addition to advancing brentuximab vedotin, Seattle Genetics and its collaborator Astellas have initiated a pivotal phase II clinical trial of enfortumab vedotin for patients with locally advanced or metastatic urothelial cancer who have been previously treated with checkpoint inhibitor (CPI) therapy. The study is designed to support potential registration under the FDA’s accelerated approval regulations.

Seattle Genetics, in collaboration with its development partner Genmab, also plans to initiate a phase II clinical trial of tisotumab vedotin for patients with recurrent and/or metastatic cervical cancer. This study is intended to support potential registration under the FDA’s accelerated approval regulations.

Late stage trials
A number of companies, including GlaxoSmithKline, Genentech/Roche and AbbVie are including Seattle Genetics’ proprietary ADC-technologies in the development of their ADC-programs. These programs include:

Genentech/Roche’s Polatuzumab vedotin and GlaxoSmithKline’s GSK2857916 have both received Breakthrough Therapy Designation from the FDA and PRIority MEDicines (PRIME) designations from the European Medicines Agency. These designations signify the importance of therapies such as these in addressing significant unmet medical need.

“Through our robust internal development efforts and our strong licensing and co-development agreements, we are extending the potential of ADCs globally. We look forward to future results of studies that include Seattle Genetics’ novel technologies both as monotherapies, as well as in combination with checkpoint inhibitors and other agents,” said Siegall concluded.

This development involves lidamycin or LDM, which consists of an apoprotein LDP and an active enediyne chromaphore AE. Lidamycin is a member of the enediyne antibiotic family and one of the most potent antitumor agents. Researchers consider lidamycin to be an ideal payload for the preparation of ADCs.

In one study, the researchers demonstrated that the anti-CD30-LDM ADC, a novel ADC consisting of the intact anti-CD30 antibody and lidamycin, is highly cytotoxic to Hodgkin lymphoma and anaplastic large cell lymphoma cell lines with IC50 values of 5~50 pM. In using a Karpas299 xenograft model, the ADC inhibited tumor growth by 87.76% in mice treated with the investigational agent. Interestingly, the researchers did not observe discernible adverse effects.

Based on the results of their study, the researchers concluded that the anti-CD30-LDM offers attractive tumor targeting capability and anti-tumor efficacy both in vitro and in vivo and could be a promising candidate for the treatment of CD30+ lymphomas.

Other programs
Although the first-generation ADCs have been commercialized, researchers around the globe are concerned that that the amount of the cytotoxic payload that can be loaded onto a single antibody molecule is still relatively low. Their concern also includes the fact that synthetic linkers used in some antibody-drug conjugates may be unstable, and, that as a result the cytotoxic payload may become detached, leading to the onset of adverse drug reactions. As such, ADC technologies are still evolving, and many companies are currently working to develop next-generation ADC technologies.

Among these next generation ADCs is trastuzumab deruxtecan (also known as DS-8201), being developed by Daiichi Sankyo. Trastuzumab deruxtecan is an antibody-drug conjugate comprised of a humanized antibody against HER2, a novel enzyme-cleavable linker and irinotecan, a topoisomerase I inhibitor, payload, which stimulates DNA synthesis.

Daiichi Sankyo’s ADCs also utilize proprietary technologies characterized by a structure of unique linkers connecting the drug and the antibody. The technology being developed also allows for the linker and the payload to be combined with various antibodies. By capitalizing on this characteristic, researchers at the company aim to maximize the value of these technologies through internal efforts and possibly through external collaboration

Mersana’s Dolaflexin
During the 2018 36th Annual J.P. Morgan Healthcare Conference, Anna Protopapas, President and Chief Executive Office of Mersana Therapeutics outlined her company’s goals. The company is a clinical-stage biopharmaceutical company focused on discovering and developing a pipeline of antibody drug conjugates (ADCs) based on its Dolaflexin® and other proprietary platforms.

“2017 was a year of exceptional execution as we positioned the company for achieving key clinical milestones in 2018 and beyond. Last year, we advanced two lead ADC product candidates, XMT-1522 and XMT-1536, into the clinic and supported our partner Takeda in selecting its first Dolaflexin-based ADC for initiation of IND enabling studies,” Protopapas said.

“We’re looking forward to 2018, as we plan to complete the dose escalation phase of the Phase I study for XMT-1522 and present the data at a scientific conference, as well as substantially complete recruitment of the dose expansion cohorts for XMT-1522. We also expect to continue dose escalation for XMT-1536 and select our next ADC candidate for clinical development. We will persist in building a strong organization that is passionately dedicated to scientific excellence, focused execution and addressing patient needs,” she added.

New platform technologies
In addition to the results of these investigational agents, Protopapas confirmed that the company has ongoing, robust research programs in place, which positions Mersana to deliver an additional investigational new drug (IND) every 12-24 months.  She expects that the company will be able to disclose pre-clinical data of the next ADC clinical candidate at an upcoming scientific meeting. More excitedly, she  also hopes to disclose new proprietary platform technologies at an upcoming scientific meeting.