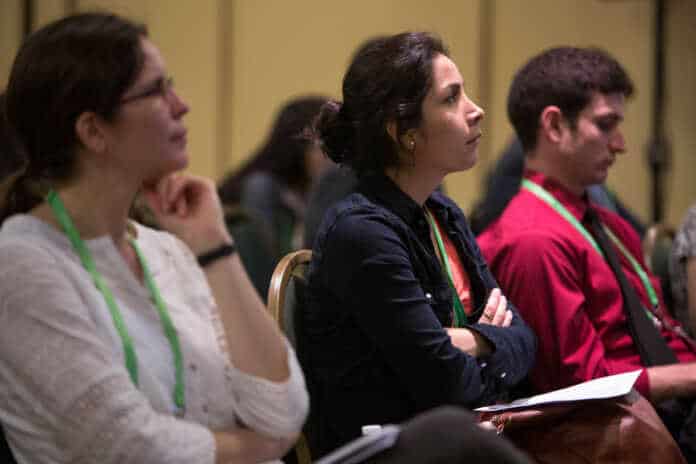 Three commercially available diagnostic tests were similarly effective in measuring PD-L1 protein expression on non-small cell lung cancer (NSCLC) tumor samples, indicating that health care providers may someday be able to use these tests interchangeably when determining which patients will respond best to anti-PD-L1/PD-1 immunotherapeutic drugs, according to research presented in a late breaking poster session (Abstract: LB-094)  during the annual meeting of the American Association for Cancer Research (AACR), April 16-20, 2016, in New Orleans, LA.

“PD-L1-directed antibodies are emerging as effective therapeutics in monotherapy and in combination in multiple oncology settings,” noted the study’s lead author, Marianne Ratcliffe, MA, PhD, diagnostic associate director at AstraZeneca. She explained that several different diagnostic tests, or assays, are effective in determining which patients’ tumors express high levels of PD-L1 and might, therefore, respond best to targeted treatment.

“Before our study, we did not know whether the different assays identified the same patients,” Ratcliffe noted.  She added that the tests were developed on different platforms and use different antibody clones and testing protocols.

“Clearly, for the oncology community, this presents a number of issues, including a lack of confidence in being able to identify appropriate patients for treatment with these targeted therapies,” Ratcliffe said. “Our current study complements the ongoing Blueprint initiative, which is also tackling the issue of PD-L1 assay harmonization.”

This study compared the Ventana SP263 assay, developed by Ventana in collaboration with AstraZeneca for use in evaluating patients for the immunotherapeutic drug durvalumab, an anti- PD-L1; the Dako 22C3 assay (used in the Pembrolizumab Keynote 001 trial at the 1% and 50% cut offs) , made by Dako and approved for the U.S. Food and Drug Administration (FDA) as a companion diagnostic to identify patients for pembrolizumab (Keytruda®; Merck Oncology/Merck Sharp & Dohme Corp., a subsidiary of Merck & Co., Inc.), an anti-PD-1; and the Dako 28-8 assay (used in the Nivolumab Checkmate 057 trial at the 1%, 5% and 10% tumour membrane positivity cut offs), made by Dako and approved by the FDA as a complementary diagnostic for nivolumab (Opdivo®; Bristol-Myers Squibb Company), an anti-PD-1.

All three tests assess the percentage of tumor cells whose membranes stain positive for the PD- L1 protein. A cut-off point is set for each test, and patients whose tumors score above the cut-off point are determined to be more likely to respond to the corresponding therapy, Ratcliffe explained.

In this study, the largest to date, approximately 500 tumor biopsy samples from patients with NSCLC were assessed because all three tests have been previously validated for that disease.

The study determined that the patient population defined by Ventana SP263 at the 25% cutoff point is similar to the group identified by the Dako 28-8 at the 10% cutoff. The study also showed a high degree of concordance between the SP263 and 22C3 assays if a 50% cutoff point was applied in both cases.

Ratcliffe said that the three tests achieved overall percentage agreement of more than 90 percent. The results also indicate which cutoff points should be used to optimize agreement between a positive or negative PD-L1 result, which will help the medical community to compare results from clinical studies that have used different tests.

Ratcliffe explained that the study, funded by AstraZeneca, where she is an employee and a shareholder,  results indicate that it may be possible to extrapolate the results from one test to that of another test, and could someday allow physicians to use the tests interchangeably, though she added that further research is needed to confirm the findings.

Antibody-Drug Conjugates at the 59th American Society of Hematology Annual...