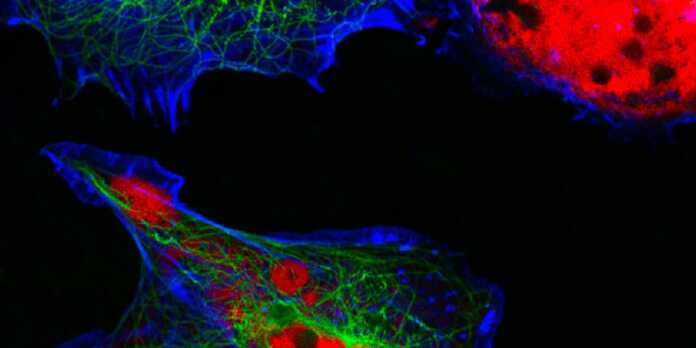 Oncology researchers studying high-risk children’s cancers have identified a protein that offers a likely target for immunotherapy, allowing them to harness the immune system in novel, medical treatments.

In cell cultures and animal models, using an antibody-drug conjugate or ADC, a potent anticancer drug attached to an antibody which selectively zeroes in on cancer cells without harming healthy cells.[1]

“We have built a strong foundation for developing a completely new and hopefully much less toxic treatment for neuroblastoma, the most common cancer in infants,” said study supervisor John M. Maris, MD, a pediatric oncologist at Children’s Hospital of Philadelphia (CHOP).

“Furthermore, our findings may also lend support to the development of other immune-based therapies, such as CAR T-cells, in children with multiple aggressive cancers in addition to neuroblastoma.”

Maris, along with study leader and first author Kristopher R. Bosse, MD, and colleagues published their study in Cancer Cell, which featured their findings as the cover story.[1][2]

A rare pediatric cancer
Neuroblastoma is a rare pediatric cancer of the developing peripheral nervous system that usually occurs as a solid tumor in a child’s chest or abdomen (the adrenal gland, neck, chest or spinal cord). The disease causes malignant cells to form in neuroblasts (immature nerve tissue).

Over decades, CHOP clinicians and researchers have built one of the world’s leading programs in neuroblastoma.

Current standard of care
Current standards of care are chemotherapy and surgery, followed by stem-cell treatments, radiation and anti-ganglioside antibody therapy, which yield an average three-year survival rate of 10-45%. This means that there is a huge unmet medical need – requireing the development of new and more effective therapies.

Developing a novel, targeted, drug
The study team used sophisticated sequencing tools to first discover molecules that are much more commonly found on the surface of neuroblastoma cells than on normal cells.

“Our rationale was to identify a cell-surface molecule that an immune-based therapy could target without damaging healthy tissues,” said Bosse.

“Using this approach, we identified a protein called glypican-2, or GPC2.”

A new target: GPC2
GPC2 is one of a family of glypicans, cell-surface proteins that interact with growth factors and cell surface receptors, influencing many intracellular signaling pathways important in development and cancer.

In addition to GPC2’s presence on neuroblastoma cells, the researchers also found that GPC2 is necessary for a neuroblastoma tumor to proliferate. Both of those facts implied that a compound that acted against GPC2 might kill cancer cells, spare healthy cells, and limit the possibility of these tumors developing immune escape mechanisms, in which cancer cells resist an immunotherapy by shedding the target.

“Given GPC2’s critical role in the growth of neuroblastomas, we hope that tumors will not be able to simply downregulate this protein in order to escape recognition by our immunotherapies that target GPC2,” Bosse explained.

After pinpointing GPC2 as a very promising target for therapy, the researchers next worked with their colleagues at the National Cancer Institute (NCI) to search for a way for targeting GPC2.

Together they developed and isolated several single domain monoclonal human antibodies against GPC2. This technology covers the naked GPC2 antibodies as well as their use as targeting domains in recombinant immunotoxins (RITs), chimeric antigen receptors (CARs) and antibody-drug conjugates (ADCs).

They developed an antibody-drug conjugate or ADC called D3-GPC2-PBD, which combined a very specific antibody that recognizes GPC2 with a potent chemotherapy drug that is internalized specifically by cancer cells. The drug payload damages DNA in tumors, while sparing healthy tissues from its toxic effects.

In cell cultures and mouse models of neuroblastoma, the D3-GPC2-PBD robustly killed neuroblastoma cells with no discernible toxicity to normal cells.

“Our next steps will be to further evaluate this ADC and also develop other immune-based therapies directed against GPC2. Because other glypicans in addition to GPC2 are overexpressed in other childhood cancers, it may also be possible to apply this approach across various types of high-risk pediatric cancers,” he concluded.

The results show the potential of an ADC against neuroblastoma suggesting that this new drug candidate may be further developed as therapeutics.

The study was funded, in part, by Stand Up to Cancer, the St. Baldrick’s Foundation the National Institutes of Health, the Damon Runyon Cancer Research Foundation and the Alex’s Lemonade Stand Foundation.