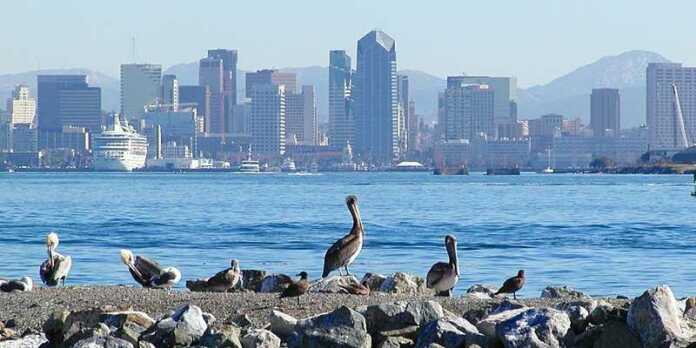 Currently, there are more than 30 antibody drug conjugates or ADCs in clinical trials, with many more expected in the near future. ADCs are expected to revolutionize the way cancer is treated, and advancements in engineering and research are making this goal all the more attainable than ever before. At the 2016 Cambridge Healthcare Institute’s PepTalk, the Protein Engineering Week, held January 18 – 22, 2016 in San Diego, CA, scientists and researchers participated in the 3rd Annual Antibody-drug Conjugate conference ‘pipeline’, note first hand how engineering that has brought about today’s revolution is paving the way for next generation safe and effective ADCs. 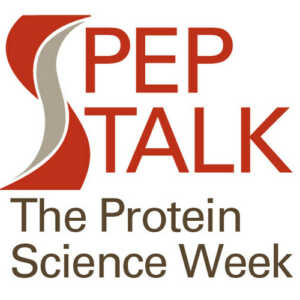 The conference also highlighted strategies for advancing ADCs to the clinic as well as considerations for clinical trial design as well as analyzing ADCs to explore conjugation, stability, payloads and tumor penetration.

Brentuximab Vedotin
Peter Senter, Ph.D., the Vice President of Chemistry at Seattle Genetics, in the keynote presentation, reviewed the history of successes and challenges seen with ADCs, and discussed future innovations to enhance efficacy and reduce toxicity. Brentuximab Vedotin (Adcentris®; Seattle Genetics), one of the two current FDA-approved ADCs, was included as an example of past and present successes as well future development prospects for use in front line therapy.

Brentuximab vedotin has had remarkable results in treating patients with refractory or relapsed classic Hodgkin’s Lymphoma. Patients treated with brentuximab have continued to be followed for four years, and are reaching an impressive median overall survival or MOS of 3.4 years, compared to the typical MOS of just over a year usually seen in these patients. Additionally, a MOS is yet to be reached in patient groups with anaplastic large cell lymphoma even after four years, which is a significant success when considering that this patient group, when disease is refractory, has historically had an MOS of only six months.

Front-line therapy
The success of brentuximab has led to its investigation as front-line therapy, where researchers at Seattle Genetics are hoping to reach their goal of eventually replacing cytotoxic chemotherapies with slect ADCs altogether.

In this Phase III trial, patients were given ABVD, the traditional treatment combination of four chemotherapeutic drugs used tomtreat Hodgekin lymphoma. It includes the drugs doxorubicin hydrochloride (Adriamycin), bleomycin sulfate, vinblastine sulfate, and dacarbazine. While the combination, along with brentuximab showed a nearly complete rsponse rate (70-80%), pulmonary toxicity was very high. Since it was predicated that bleomycin sulfate, the “B” in ABVD, may have caused this toxicity. Because researchers believed that this toxicity was somehow enhanced by brentuximab, bleomycin,was taken out of the ABVD combination. Reviewing the data, the researchers observed the same response rate without pulmonary toxicity. [1]

Future approaches
In discussing future ADC approaches, Senter, amongst many others at the conference, showed that a thorough understanding of the cause of toxicities is truly key for advancement. And for many ADCs in clinical trials, as well as for brentuximab, there are non-target toxicities that are commonly seen to be independent of the target or cancer being investigated. Therefore, much of the research for future ADCs is focused on improving drug potency while reducing adverse effects.

Because therapeutic index is a major hurdle in developing novel Antibody-drug Conjugates, there is considerable effort to understand the relationship between the properties of ASDCs and safety in order to engineer second generation ADCs with better therapeutic index.

Mary J. Hinrichs, Ph.D., the Principal Toxicologist for Biological Safety Assessment at MedImmune, discussed the translatability of traditional nonclinical safety studies to clinical toxicity, as well as the importance of pre-clinical studies in terms of determining drug safety, how using non-traditional screening strategies may help in developing the best ADC constructs and the relationship between normal tissue expression and on/off target toxicity, as well as engineering factors that impact safety of Antibody-drug Conjugates.

Pre-clinical Toxicities
While there are difficulties in seeing if toxicity predictions are correct from autonomised data such as was presented Hinrichs, correlations can still be seen from preclinical studies. Furthering this data can potentially improve the chances of developing a successful ADC. In fact, Hinrichs noted that a recent publication from the U.S. Food and Drug Administration (FDA) showed that within 11 different IMDs, major toxicities were able to be determined for each one. The publication confirmed that when rank ordered based on incidence, the leading toxicities were in line with what you would expect with a cytotoxic agent. Additionally, when these were compared to the major dose limiting toxicities of 16 different Antibody-drug Conjugates, myelosuppression was identified as number one in both cases, and others such as liver and gastrointestinal toxicities were also successfully identified pre-clinically.

“As a field as a whole, it’s clear that the major toxicities are being evaluated preclinically,” stated Hinrichs “What we don’t know is if this will relationship hold true for other ADCs employing novel types of warheads.”

Hinrichs also discussed how a correlation between toxicities found in a pre-clinical setting and those observed in clinical trials can help in the advancement of ADCs especially with highly potent payloads. Currently, many researchers strive to achieve constructs with higher potency, but are limited by the negative correlation between drug safety and potency, leading to very narrow range for therapeutic index. For this reason, researchers at Immunogen are creating improved strategies for considering all factors that may affect chances of success. An example of this presented was a study to investigate how normal tissue expression can impact the safely profile of a high toxic

Pyrrolobenzodiazepine (PBD) ADC.
PBD ADCs work by cross-linking DNA in order to kill both rapidly dividing tumor cells and slowly dividing tumor stem cells. In the study, two PBD ADCs that only differed in their complementary determining region (CDR) were compared. One PBD targeted a tumor antigen that was seen to high expression on tumors and low expression on normal tissue, while the other was non-targeted. When compared in monkeys, the non-targeted ADC was able to be dosed as high as 1mg/kg and showed only mild injection site skin reactions. This was a very different response than observed with the targeted PBD test, in which the monkeys had to be put down after 21 days because of severe skin toxicities.

“This is a good example of how low level normal tissue expression can increase the potential for non-target toxicity,” Hinrichs noted. “But it’s not always easy to predict it before you go in vivo,” she continued. [2]

While advancements in linker chemistries and conjugation technologies have helped in improving the therapeutic index, there are a lot of relationships that are not yet fully understood. There is a great need to identify the best possible constructs with the best safely profile. This has led Immunogen to develop a safely screening plan in order to identify these best possible ADCs to move forward. This strategy includes the use of rat model that can provide more research possibilities vs. using only non-human primates, including evaluating the impact of engineering changes, screening for novel warheads, and looking for relationships between efficiency and safely before continuing with an ADC.

“There are still a lot of questions left for highly potent payloads,” Hinrichs explained.“It is really important to change the strategy that we use to access the chances of a molecule having clinical success.”

And while it is clear that challenges still remain in ADC development, knowledge of the relationship between drug potency and toxicity is continuously being expanded. Improved technologies and pre-clinical strategies are certainly expected to pave the way for promising next-generation antibody-drug conjugates.