Since the inaugurational meeting in 1981, the International Conference on Malignant Lymphoma (ICML), traditionally takes place in Lugano, Switzerland, has become one of the ‘must-attend events’ for anyone involved in the study and treatment of lymphoid neoplasms. 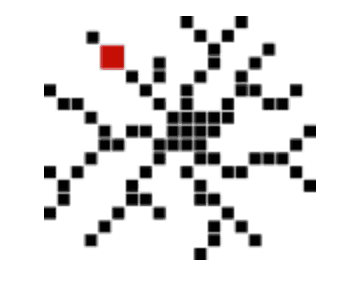 pathologists and leading researchers in the field a great opportunity to to present and discuss the most recent basic and clinical data on a specific morphologic subtype or on a pathways or other biological aspect. Translational and/or pathological aspects are also discussed.

This year a large number of high-quality presentations included the latest updated about Antibody-drug Conjugates.

A New Role for CD37
AGS67E (Astellas Pharma/Agensys) is an antibody-drug conjugate targeting CD37, a tetraspanin expressed on malignant B cells, which includes a fully human monoclonal IgG2 antibody (AGS67C) conjugated to the cytotoxic, microtubule-disrupting, payload monomethyl auristatin E (MMAE) which is linked to reduced cysteines of the antibody via a protease-cleavable linker (maleimidocaproyl-valine-citrulline-p-aminobenzylcarbamoyl). The trial drug is being investigated in patients with relapsed/refractory non-Hodgkin Lymphoma (NHL) in a phase I dose-escalation study.

The data presented this year at the International Conference on Malignant Lymphoma demonstrates a high level of CD37 detection of ≥80% in NHL, including diffuse large B-cell lymphomas (DBCL), making it a potential drug target. But the results also suggest that AGS67E may serve as a potential therapeutic for B-cell malignancies [1][2]

Polatuzumab vedotin
Results from a multicenter, open-label, dose-escalation study evaluating the safety and anti-tumor activity of polatuzumab vedotin (DCDS4501A or RG-7596; Genentech/Roche) in combination with rituximab or obinutuzumab, cyclophosphamide, doxorubicin, and prednisone (R-CHP) in patients with non-Hodgkin’s lymphoma, were presented at 14th-ICML.

CD79b is a signaling component of the B-cell receptor or BCR restricted to the B-cell lineage. In a study published in 2009, Droman et al reported the detection of surface expression of CD79b in almost all non-Hodgkin lymphoma (NHL) and chronic lymphocytic leukemia patients.  Based on this finding, these researchers concluded that anti-CD79b-vcMMAE could be widely used in these malignancies. [6]

The researchers concluded that a combination of  polatuzumab vedotin at 1.8 mg/kg with R-CHP has an acceptable safety profile and produced promising response rates at the end of treatment, warranting further exploration the investigational drug. [7]

Brentuximab Vedotin
The complete remission (CR) rate of Hodgkin lymphoma after first line treatment is generally between 80% and 90%. However, about 10% of these patients are refractory and 10% to 30% relapse after achieving a complete remission. The standard of care for suitable patients with relapsed/refractory Hodgkin lymphoma includes high dose chemotherapy followed by autologous stem cell transplant or ASCT.  But patients who relapse after ASCT have a dismal prognosis.

New treatment options including the anti-CD30 antibody-drug conjugate brentuximab vedotin (Adcetris®; Seattle Genetics) are associated with an overall response rate or ORR of 75% and CR rate of 34%.  Results presented during the 14th-ICML report results from a study in which researchers evaluated toxicity, efficacy, and duration of response (DOR) of a combination of brentuximab vedotin and bendamustine, which has demonstrated efficacy in several lymphoproliferative disorders.

The data showed a high response rate (87% ORR and 54% CR) with the combination of brentuximab vedotin and bendamustine, showing a PFS of 80% at 12 months. The median DOR of the CR remission group was 14 months, highlighting durable responses.

The combination of brentuximab vedotin and bendamustine has shown an acceptable toxic profile with only 1 grade 4 adverse event and was able to be delivered as an outpatient regimen. The researchers concluded that the combination is a promising salvage treatment for heavily pretreated patients with R/R Hodgkin lymphoma. They conclude that large investigational trials are necessary to warrant these initial results. [9]

Trial results from a separate trial confirm that high-dose bendamustine plus brentuximab has shown relevant efficacy and a relatively good safety profile in a setting of heavily pretreated patients with Hodgkin lymphoma.  The combination could be considered as a bridge to second autologous or allogenic stem cell transplant.[10]

In an unrelated study, brentuximab vedotin showed clinically meaningful response rates in patients with this R/R Hodgkin lymphoma and Systemic Anaplastic Large-Cell Lymphoma (sALCL). In this study, 47% of patients proceeded to transplant.

The results of the study show that brentuximab vedotin is a feasible treatment option in pediatric Hodgkin lymphoma and Systemic Anaplastic Large-Cell Lymphoma that can facilitate relapsed patients proceeding to transplant. [11]