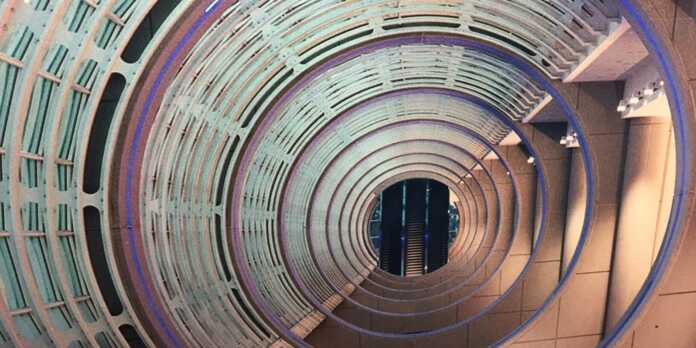 At this year’s 2017 Biotechnology Innovation Organization (BIO) International Convention (June 17-22, 2017), over 16,000 participants gathered in San Diego, CA, to collaborate, share, and focus on the future of the biotechnology.

One of the keynote presentations given on June 18th focused on the importance of innovation and collaboration in biotechnology, as well as addressed the challenges that this industry faces. 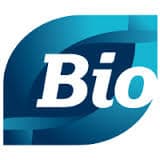 BioGENEius International Challenge
The Keynote presentation was kicked off by an award ceremony for this year’s BioGENEius challenge finalists. The BioGENEius challenge is an international competition that recognizes high school or home schooled students who are helping meet healthcare, sustainability and environmental challenges through their biotechnology research and projects in several key areas.

The importance of diversity in the industry was stressed throughout the BioGENEius presentation, where the future of biotechnology was reflected by bright young creators, innovators and researchers from all over the globe.

“We need to stand up for diversity,” stated Jay P. Siegel, MD., Chief Biotechnology Officer and Head Scientific Strategy and Policy, “we need it in our companies because we serve that diversity. If we don’t have it, then we don’t know how to serve it… We just want the best and the brightest and we need to stand up for that.” Siegel, along with Lawrence Mahan, Ph.D, the President of the Biotechnology Institute, then presented the first place BioGENEius award to Erin Smith, for her project titled “A Novel Telemedicine Diagnostic Tool for Parkinson’s Disease: Digital Bio-markers from Spontaneous and Posed Facial Expressions.”

2017 Chair: John Maraganore
Following this was the insightful valedictory speech given by Ron Cohen, MD., President & CEO, Acorda Therapeutics, Inc, and the 2016 Chair of BIO.

Cohen insightfully described the incredible challenges that biotechnology faces, and focused on the successes that provide the motivation to face these inevitable setbacks. He exemplified this by a recent, major setback for Acorda Therapeutics, after having to cope with an almost 20% employee layoff and having to put 4 clinical trial development programs on the backburner, due to court invalidations of several of their key patents. Despite this challenge, he focused on how in about a month from the conference, Acorda is expected to file an NDA for FDA approval of an important, novel therapeutic for Parkinson’s.

Cohen called this the “Yin and the Yang of our daily existence in the industry.”

He stressed the importance of communicating these challenges to the legislators and public, who may not understand the long, grueling processes in biotechnology, such how only 10% of drugs that make it into clinical trials will become approved, and how about 90% of biotechnology companies are currently not profitable.

Cohen then turned over the gavel to the 2017 Chair BIO, John Maraganore, Ph.D., the Chief Executive Officer at Alnylam Pharmaceuticals, Inc.

Maraganore has been involved in the biopharmaceutical industry for over 30 years, and he has led an impressive career helping advance the development of RNAi therapeutics, which strive to improve genetic medicines, as well as cardio-metabolic and hepatic infectious diseases.

Maraganore gracefully expressed his gratitude and excitement for his upcoming term, and again mentioned how he is inspired by Henri Termer, the former Genzyme CEO and industry pioneer who died in May 2017. He stated that he keeps Henri’s advice and relentless perseverance into account when faced with challenging decisions.

Henri Termer
Henri Termer was a powerhouse in the biotech industry, who built Genzyme from a 20 employee company to a global force.

He was remembered with a touching and inspiring presentation that showcased his influence, vision, and a determined, personal mission to save lives.

Termeer was a powerful mentor, teacher, and friend, which was made clear by many of his close colleagues and friends, who testified on the tremendous impact he had by his ability to work creatively and collaboratively to take on any challenge in the industry.

“Let’s all remember what Henri would say,” Maraganore said.

“Yes this is important so we need to try hard, we need to be passionate, and we need to put patients first,” he added

Cohen then presented a touching example of his mother passing away from CML nine years ago as a reminder of incredible developments in drugs and technology are being made, even though the processes may seem long and grueling.

“If she were alive today, she would have been cured by the medicines available today,” Maraganore observed, “for many people in this room, what we do is personal.”

Cameron spoke with James Greenwood over various topics, such as his political career, Britain’s decision to leave the European Union, current US president Donald Trump, and the global crisis of terrorism.

He also mentioned that the death of his son, Ivan, instilled in him a deeper understanding and appreciation of the current limitations, promises, and challenges of biomedical science. His son suffered from severe epilepsy and cerebral palsy, and passed away three years ago.

Brexit
Speaking at BIO International, Cameron addressed Britain leaving the EU by advising biotech executives on how they should handle the Brexit process when it comes to their business.

He mentioned that they should not worry over EU nationals who are working in the UK, as they will eventually have their rights to work in Britain guaranteed, even though this is process is still being worked out. Additionally, he urged companies based in the UK not to concern themselves over the ability to hire from the EU.

While admitting that it would not be easy, a mechanism will be put into place in order to hire European workers. Finally, he urged that the most concern should actually be placed on lobbying and worrying about the exact nature of the UK’s trading relationship after Brexit, which includes the impact of pulling out the UK from drug regulation by the European Medicines Industry.

Dementia Discovery
Then Cameron went on to the subject of the Dementia Discovery Program, which is a public-private organization to expand funds for this under-researched medical area. Since Alzhiemer’s and dementia have not had as much progress as has, for example, an area like oncology, there is a lack of effort to meet these needs.

Cameron noted cancer research, there are several different pathways available, but progress with Alzhiemer’s and dementia has been about the same as in the 1980’s.

“I think one of the reasons we need the efforts of philanthropic organizations, governments, and universities is we can’t expect the drug companies to do all the work because we’re not far enough down the line,” Cameron stated “…we’re still hacking our way through the forest trying to find an exit,” he concluded.

Understanding of the Underlying Mechanisms of Target-Independent Uptake and Toxicity