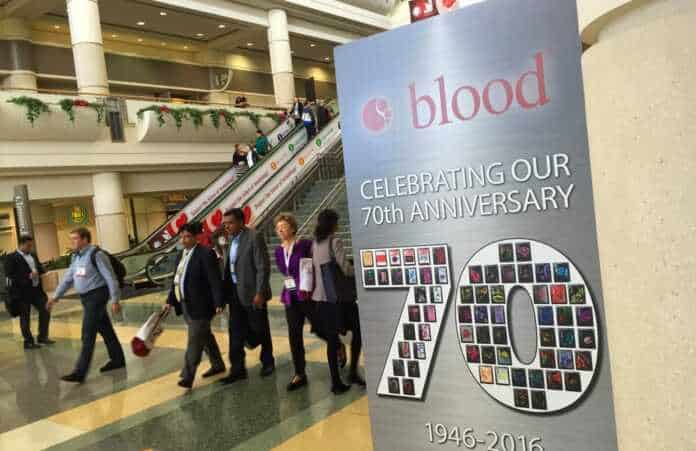 Earlier this month, during the 57th Annual Meeting and Exposition of the American Society of Hematology (ASH), held in Orlando, Florida from December 5–8, 2015, Seattle Genetics, Bristol-Myers Squibb, and Merck & Co., presented results from a number of clinical trials in the treatment of relapsed and refractory Hodgkin lymphoma.

Although Key Option Leaders and industry experts identified brentuximab vedotin (also known as SGN-035; Adcetris® by Seattle Genetics Inc.), an antibody-drug conjugate directed to CD30, as potentially transformational in the treatment of hodgkin’s lymphoma, Seattle Genetics, the developer of brentuximab vedotin, must, according to analysts, take steps to ward off Bristol-Myers Squibb and Merck and Co. who will race to bring their anti-PD-1 therapies, which are designed not to kill cancer cells directly but to block a specific pathway that shields tumor cells from immune system components able and poised to fight cancer, to this treatment arena. *

However, brentuximab vedotin will, according to industry experts and analysts at research and consulting firm GlobalData, continue to lead the pack in Hodgkin’s lymphoma market.

Remarkable increase in progression-free survival
Following the approval by the U.S. Food and Drug Administration (FDA) for the treatment of relapsed and refractory Hodgkin lymphoma as well as its recent label extension to include patients at high risk of relapse or progression as a post-autologous stem cell transplant (ASCT) consolidation therapy, brentuximab vedotinis is set to retain its position as the Hodgkin’s lymphoma market leader.

In the randomized, double-blind, Phase III AETHERA trial (NCT01100502) in patients who had also received ASCT in the previous 30–45 days, brentuximab vedotin demonstrated a remarkable increase in progression-free survival (PFS) compared with placebo.

Earlier this year, several analysis of Phase III data from the AETHERA trial were presented at the 13th International Conference on Malignant Lymphoma (ICML) in Lugano, Switzerland. [1][2]

According to GlobalData, brentuximab vedotin is expected lead the market in the United States and is likely to gain swift popularity following its anticipated label extension in Europe in early 2016.

“We expects that these new data will propel [Brentuximab vedotin] towards regulatory approval in Europe in early 2016, leading to its rapid uptake in the Hodgkin’s lymphoma treatment space. The size of the [Brentuximab vedotin] target patient population will expand, and … this will support [Seattle Genetics] goal to establish the therapy as the foundation of care for Hodgkin’s lymphoma,” Tzellos continued.

Anti-PD-1 therapies
Meanwhile, Bristol-Myers Squibb and Merck and Co., two other major players who presented clinical trial data during the 2015 Annual meeting of the American Society of Hematology, are expected to race to bring their anti-PD-1 therapies to the Hodgkin’s lymphoma arena. According to GlobalData’s research, Bristol-Myers Squibb’s nivolumab (Opdivo®) is slightly ahead of Merck’s pembrolizumab (Keytruda®) in terms of clinical efficacy.

“Although [Brentuximab vedotin is …. surely [expected to gain] dominance in its field due to its ability to induce durable remission and long-term survival in heavily pre-treated relapsed and refractory Hodgkin’s lymphoma patients, Seattle Genetics is taking steps to fend off competition from the two oncology juggernauts,” Tzellos further noted.

The company, for example, is collaborating with Bristol-Myers Squibb to investigate the combination of brentuximab vedotin and nivolumab in the salvage setting of relapsed and refractory Hodgkin’s lymphoma patients who fail standard front-line chemotherapy. “With Seattle Genetics also evaluating the combination of [Brentuximab vedotin] with bendamustine HCI (Treanda®; Cephalon/Teva Pharmaceutical Industries) in the same setting, we believe the company has chosen a successful strategy to stay ahead in the Hodgkin’s lymphoma treatment space.”[4][5]