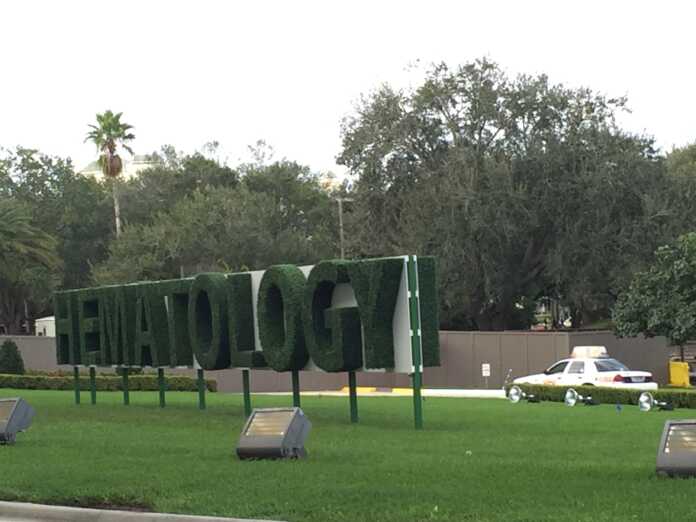 Data presented during the 57th American Society of Hematology (ASH) Annual Meeting and Exposition which took place in Orlando, Florida, December 5-8, 2015, shows that IMGN779, a novel, experimental, CD33-targeting antibody-drug conjugate utilizing the humanized antibody Z4681A conjugated to DGN462, a novel DNA-alkylating agent consisting of an indolino-benzodiazepine dimer containing a mono-imine moiety, through a cleavable disulfide linker, sulfo-SPDB, is expected to make a meaningful potential in the treatment of patients with acute myeloid leukemia (AML). The novel ADC is being developed by ImmunoGen, Inc., Waltham, MA. [3]

Staring in the bone marrow, AML, in most cases, quickly moves into the blood and,  sometimes, spread to other parts of the body including the lymph nodes, liver, spleen, central nervous system (including brain and spinal cord), and testicles. [4]

Key statistics
Acute myeloid leukemia, which is slightly more common among men than among women, is generally a disease of older people and is uncommon before the age of 45. The average age of a patient with AML is about 67 years. In 2015 in the United States, according to the American Cancer Society, about 20,830 new cases of acute myeloid leukemia have been diagnosed. Most of them in adults. Furthermore, about 10,460 died from AML. [4]

In people younger than 60 years of age, treatment of AML is fairly standard, involving cycles of intensive chemotherapy including cytarabine (cytosine arabinoside or ara-C) and the anthracycline drugs (such as daunorubicin (daunomycin), idarubicin, and mitoxantrone). This may, sometimes, go along with a stem cell transplant. However, in patients older than 60 years of age, this may be different. If older patients are healthy enough to be treated in the same way, the chemotherapy may be less intense. However, people who are much older or who are in poor health may not be able to tolerate this intense treatment, creating a large unmet need. [4] Novel, targeted therapies may be able address this need.

The results suggest that cell killing by DGN462 and IMGN779 are highly potent against AML cell lines in vitro and in primary patient AML samples, acting mechanistically via induction of DNA damage, which is accompanied by cell cycle arrest, leading to apoptosis.

In this study researchers induced phosphorylated H2AX (a marker of DNA damage) and cleaved Caspase-3 (a markers of apoptosis), in a time dependent manner following exposure to either DGN462 or IMGN779.

Based on the results, IMGN779 is advancing to clinical testing for the treatment of relapsed and/or refractory CD33+ acute myeloid leukemia. In new pharmacodynamic studies, utilizing phosphorylated H2AX as a biomarker, researchers expect to verify the mechanism of DGN462, a novel DNA alkylating payload which covalently binds to cellular DNA, without cross-linking.

“The IMGN779 data being reported relate to its novel mechanism of action, which we believe could help patients with acute myeloid leukemia, and we expect to start clinical testing of this experimental therapy in early 2016,” noted Charles Morris, MBChB, MRCP, ImmunoGen’s Executive Vice President and Chief Development Officer.

Preclinical data was previously presented during the 2014 annual meeting of the American Society of Hematology. [5][6]

“We believe the unique profile of IMGN779 will enable [us to] achieve a desired activity with a better tolerability profile than other agents currently used to treat this disease,” Morris concluded.