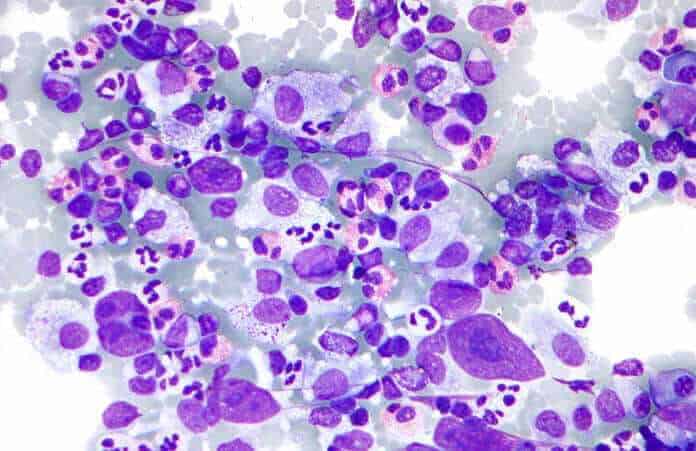 Based on positive results from the Phase III ECHELON-1 clinical trial, the U.S. Food and Drug Administration (FDA) has accepted for filing a supplemental Biologics License Application (BLA) for brentuximab vedotin (Adcetris®; Seattle Genetics) in combination with chemotherapy for the frontline treatment of patients with advanced classical Hodgkin lymphoma.

The Reed-Sternberg cell expresses CD30. Although the currently used standard of care frontline combination chemotherapy can result in durable responses, up to 30% of patients with advanced Hodgkin lymphoma relapse or are refractory to frontline treatment.

According to the American Cancer Society, approximately 8,260 cases of Hodgkin lymphoma will be diagnosed in the United States during 2017 and more than 1,000 will die from the disease. According to the Lymphoma Coalition, over 62,000 people (including early and advanced stage) worldwide are diagnosed with Hodgkin lymphoma each year and approximately 25,000 people die each year from this cancer.

Modified PFS is defined as the time to progression, death or receipt of additional anticancer therapy for patients who are not in complete response after completion of frontline therapy per Independent Review Facility. Secondary endpoints include overall survival, complete remission and safety. The multi-center trial was conducted in North America, Europe, South America, Australia, Asia and Africa. The study enrolled 1,334 patients who had a histologically-confirmed diagnosis of Stage III or IV classical Hodgkin lymphoma and had not been previously treated with systemic chemotherapy or radiotherapy. The ECHELON-1 trial was conducted under a Special Protocol Assessment (SPA) agreement from the FDA and the trial also received EMA scientific advice.

The FDA granted Priority Review for the application, and the Prescription Drug User Fee Act (PDUFA) target action date is May 1, 2018. The submission of the supplemental BLA is based on positive results from a Phase III clinical trial called ECHELON-1 that was designed to determine if brentuximab vedotin in combination with chemotherapy could extend modified progression-free survival (modified PFS) in previously untreated advanced classical Hodgkin lymphoma patients. Brentuximab vedotin is an antibody-drug conjugate (ADC) directed to CD30, a defining marker of classical Hodgkin lymphoma.

“The FDA’s filing of our supplemental BLA with Priority Review represents a significant milestone in our goal to redefine the frontline treatment of advanced Hodgkin lymphoma,” said Clay Siegall, Ph.D., President and Chief Executive Officer of Seattle Genetics.

“We recently reported the primary data from the Phase III ECHELON-1 clinical trial in the Plenary Scientific Session of the [2017 Annual Meeting of the American Society of Hematology (ASH)] with simultaneous publication in the New England Journal of Medicine. The data demonstrated superior activity of the brentuximab vedotin-containing regimen over standard of care, and we are working with the FDA to make this bleomycin-free regimen available to newly diagnosed advanced Hodgkin lymphoma patients as soon as possible,” Siegall concluded.

The ECHELON-1 study evaluated a combination of brentuximab vedotin plus AVD compared to a recognized standard of care chemotherapy regimen, ABVD, in frontline advanced classical Hodgkin lymphoma. The positive results from the Phase III ECHELON-1 trial were featured in the Plenary Scientific Session of the 59th American Society of Hematology (ASH) Annual Meeting with simultaneous publication in the New England Journal of Medicine in December 2017.

The trial achieved its primary endpoint with the combination of brentuximab vedotin plus AVD resulting in a statistically significant improvement in modified PFS versus the control arm of ABVD as assessed by an Independent Review Facility (IRF) (p-value=0.035). This corresponds to a 23% reduction in the risk of progression, death or need for additional anticancer therapy. Per IRF assessment, the two-year modified PFS rate for patients in the brentuximab vedotin plus AVD arm was 82.1% compared to 77.2% in the control arm.

The investigator assessment of modified PFS also demonstrated a statistically significant advantage for brentuximab vedotin plus AVD versus the control arm of ABVD (p-value <0.01).

All secondary endpoints, including interim analysis of overall survival, trended in favor of the brentuximab vedotin plus AVD arm.

The safety profile of brentuximab vedotin plus AVD in the ECHELON-1 trial was generally consistent with that known for the single-agent components of the regimen.