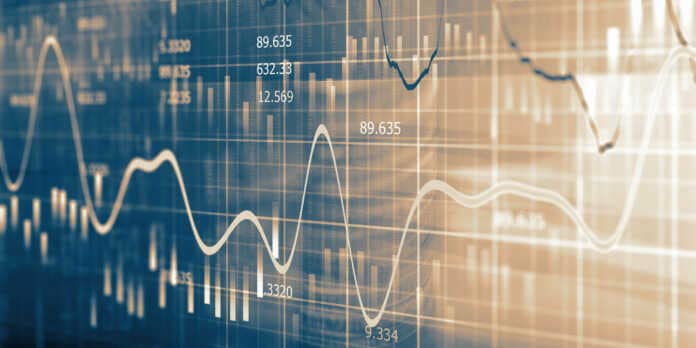 The license agreement had not yet closed due to legal action brought by an Immunomedics stockholder challenging the transaction. The termination and settlement remain subject to court approval.

“However, due to significant delays and lack of progress towards closing the deal, we are turning our full attention and resources to our promising pipeline and the substantial opportunities in front of us, including the upcoming topline data readout from the ECHELON-1 trial and ongoing or planned pivotal trials of vadastuximab talirine (SGN-CD33A) and enfortumab vedotin (ASG-22ME).”

Termination
Effective upon the termination of the license, Seattle Genetics and Immunomedics have agreed to fully settle, resolve and release each other from all disputes, claims and liabilities. Seattle Genetics will maintain its existing equity investment in Immunomedics granted as part of the licensing agreement, including 3.0 million shares of Immunomedics common stock and a warrant to purchase an additional 8.7 million shares at US $4.90 per share exercisable until December 31, 2017.

New strategic plan
Immunomedics also announced additional business and leadership updates and outlined a new strategic plan to drive long-term value for stockholders. The company has raised $125 million in gross proceeds in a private placement of its Series A-1 Convertible Preferred Stock with institutional investors, and has taken a series of steps to drive positive organizational and operational changes.

Focus on IMMU-132
“[These] significant developments [create a] new level of clarity regarding the progress… and the future direction of the company,” noted Behzad Aghazadeh, Chairman of the Board of Immunomedics.

“After conducting a full multi-faceted review of the organizational, operational, and clinical and regulatory capabilities, we are confident that Immunomedics can fully execute on a strategic plan over the next several years to become a recognized leader in the field of antibody-drug conjugates. We now have the financial ability to fully focus on taking the steps to ensure the company has the right leadership, organizational structure and resources necessary to bring IMMU-132 to market and achieve our long-term objectives. The enthusiastic reception from institutional investors to invest in Immunomedics and IMMU-132 reflects the value the company is poised to deliver to patients, employees and stockholders,” Aghazadeh added.

Newly elected Board of Directors
The newly elected Immunomedics Board of Directors has conducted a multifaceted review of the Company with initial emphasis on IMMU-132 in mTNBC, which had received Breakthrough Therapy Designation for this indication from the U.S. Food and Drug Administration (FDA) in February 2016.

As part of this review, work has focused on the organizational, operational, and clinical and regulatory capabilities, with each being led by highly credentialed independent consultants with specific relevant expertise. These efforts have resulted in an updated timeline for the execution of delivering IMMU-132 to market, with the Immunomedics now targeting the submission of a BLA for IMMU-132 for approval in mTNBC between late fourth quarter 2017 and first quarter 2018, subject to FDA input on the acceptance of the CMC filing plan.

The review confirmed that the data generated in the ongoing 100-patient phase II study of IMMU-132 in 3rd line TNBC, which was fully enrolled in December 2016, can provide the basis for accelerated approval, subject to review by the FDA.

Furthermore, this review has led to detailed filing and manufacturing plans. Alongside the immediate focus on preparations for a BLA filing, Immunimedics will proceed with the final selection of a CRO to launch the confirmatory phase III study with the expectation of first patient enrolled in late Q3 2017, as well as executing on a manufacturing plan to build commercial inventory in preparation for a potential launch in the U.S. in 2018.

Aghazadeh explained that over the course of the upcoming months, the scope of the ongoing strategic review will expand with the goal of executing on the following key initiatives, including developing plans for IMMU-132 beyond mTNBC, explore strategic opportunities for IMMU-132 with regional partners and
execute an orderly management succession plan.

Leadership Transition
Immunomedics also announced that effective upon the execution of a settlement agreement, Cynthia L. Sullivan will be stepping down from all director and officer positions, including her role as president and chief executive officer. Michael R. Garone, the current chief financial officer of Immunomedics, will then assume the role of interim CEO.

“It has been a pleasure to lead Immunomedics to this pivotal stage in its growth,” commented Sullivan. “I am confident that the board and leadership team will continue the work of bringing IMMU-132 to patients as soon as possible.”

In addition, David M. Goldenberg, PhD, Immunomedics founder, is stepping down from all officer positions with the Company, including as chief scientific officer and chief patent officer, effective upon the execution of the settlement agreement. Goldenberg will continue to serve as a director on Immunomedics’ Board.

Litigation
In addition to the resolution of its claims against Seattle Genetics, Immunomedics entered into a binding agreement with Goldenberg, Sullivan, Markison and venBio, that will be subject to court approval. If approved, both the Federal Action [1] as well as the 225 Action [2] will be dismissed.

On Thursday (May 4, 2017) the Court of Chancery entered an order lifting the provisions of the Status Quo Order, and confirming that the Status Quo Board is the lawful Board of the Company.  If approved, the  Settlement Agreement will include a mutual release of all claims that were or could have been asserted in the 225 Action. The Federal Action challenging the annual meeting will be dismissed.

Regarding the venBio Action [3], individual defendants Goldenberg, Sullivan and Markison will be released from all claims made by venBio.

“Today’s announcements collectively represent an important milestone in the next phase of Immunomedics, and while there is significant work ahead, the Board looks forward to continuing to drive value for all stakeholders. The Company has a strong pipeline that we look forward to evaluating and intend to leverage to maximize the value for stockholders. We will be providing additional updates, including with our quarterly earnings release, as appropriate in the coming weeks and months,” Aghazadeh explained.