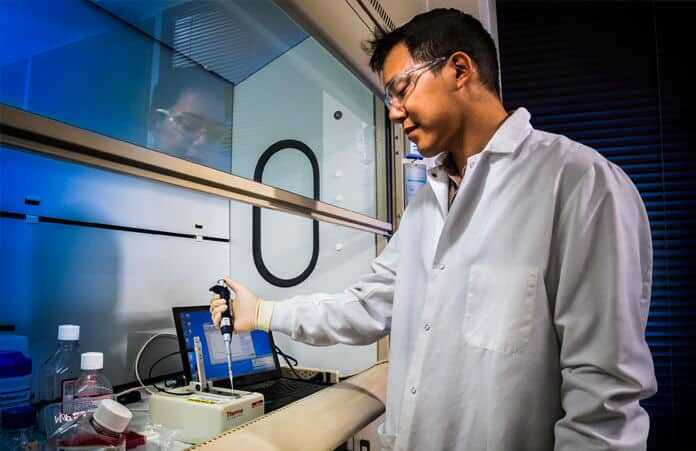 Researchers have begun dosing patients in its initial clinical trial of a new generation of precisely engineered – first-in-class – antibody-drug conjugate, or ADC, targeting CD74, a protein highly expressed in B-cell malignancies such as myeloma and lymphoma.

The U.S. Food and Drug Administration granted Sutro permission to proceed with the study of STRO-001, the company’s first internally-developed antibody-drug conjugate product candidate, in January 2018.

“Based on preclinical research findings, we are hopeful that this Phase 1 study will demonstrate that STRO-001 has preliminary activity in patients with multiple myeloma and non-Hodgkin’s lymphoma with progressive disease following standard of care therapies,” said Bill Newell, Sutro’s Chief Executive Officer.

Preclinical research findings presented by Sutro at the 2017 annual meeting of the American Society of Hematology (ASH) in Atlanta, Georgia and other scientific meetings last year highlighted the specificity of STRO-001’s anti-CD74 antibody component as well as the high prevalence of CD74 expression in myeloma and lymphoma tumor samples, STRO-001’s potent in vitro cytotoxicity in multiple B-cell tumor cell lines and its anti-tumor activity in multiple myeloma and lymphoma xenograft models.[1]

“Ultimately, we aim to demonstrate that STRO-001 can be an important new treatment option to address an unmet need for targeted therapies for patients who have multiple myeloma and non-Hodgkin’s lymphoma,” Newell added.

Building a Better Antibody-drug Conjugate
“The launch of our first Phase I clinical trial is a milestone in Sutro’s evolution from a platform company to a clinical-stage drug developer,” explained Arturo Molina, MD,MS a medical oncologist and Sutro BioPharma’s Chief Medical Officer.

“As lymphoma and multiple myeloma progress, it becomes harder to find well tolerated treatments that effectively target the tumor. I’m hoping that this clinical trial, like the preclinical studies before it, will demonstrate that STRO-001 may be a potent new option for targeting tumors with greater precision,” noted Nirav Shah, MD, Assistant Professor of Medicine, Lymphoma/BMT program at Medical College of Wisconsin.

Sub-optimal
“By contrast, earlier generations of ADCs result in products that can have unpredictable and sub-optimal pharmacologic properties, resulting in the potential for sub-optimal stability, compromised efficacy and poor tolerability for patients,” Hallam said.

The technology developped by Sutro enables the company to iteratively discover and test molecules preclinically in a cycle of weeks rather than months to more rapidly determine the optimal molecular attributes for safety and potency.

In October 2017 Sutro received a manufacturing milestone payment from Celgene for successfully scaling-up production in its cGMP manufacturing facility, from which Sutro has generated the XtractCF™ cell-free extract and antibody for its STRO-001 Phase I clinical trial materials.