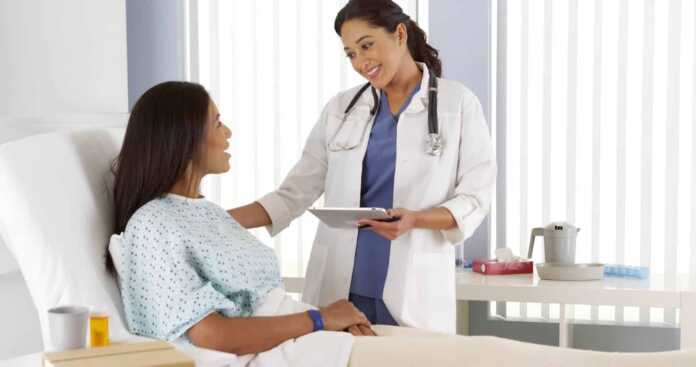 Breast cancer is a cancer which forms in breast tissue. Metastatic breast cancer occurs when the cancer has spread to other parts of the body. While most new diagnoses of breast cancer are made at an early stage, approximately one-third of these patients will eventually develop recurrent or metastatic disease, which is considered advanced-stage cancer and also known as stage IV breast cancer.

According to the National Breast Cancer Foundation (NBCF), symptoms at this stage depend on the degree to which the cancer has spread beyond the breast tissue into other areas of the body. Although there is no cure for metastatic breast cancer, it can be treated. However, proper treatment increases both the quality of life (QoL) and longevity.

Key proteins
Breast cancers are commonly categorized by the expression (or lack thereof) of three key proteins, which serve as targets for therapeutics. These include the estrogen receptor (ER), progesterone receptor (PR), and human epidermal growth factor receptor 2 (HER2). However, triple-negative breast cancer or TNBC*, as a subtype, lacks all three proteins and HR+/HER2- breast cancer expresses one or both hormone receptors (HR) but not HER2. 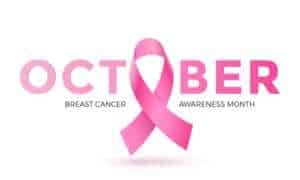 Incidence
“Breast cancer is the most common cancer in women, excluding some forms of skin cancer, in the United States. Of the over 250,000 new cases expected to be diagnosed in the United States this year, about 15 to 20% are triple negative breast cancers.  [This subtype of cancer] is very aggressive and associated with poor patient outcomes,” noted Jonathan Drachman, MD, Chief Medical Officer and Executive Vice President, Research and Development at Seattle Genetics.

More specific
According to the World Health Organization, breast cancer is the most common cancer in women worldwide with an estimated 1.67 million new cancer cases diagnosed in 2012. In the United States, the disease is the most common noncutaneous cancer in women, with an estimated number of new cases and deaths from breast cancer in 2017 is 252,710 (new cases) and 40,610 (deaths). [1] Furthermore, the according to the American Cancer Society noted 61,000 cases of in situ disease and 246,660 cases of invasive disease in 2016 [2]

In addition, breast cancer ranks as the fifth cause of death from cancer overall globally.

In the United States, on average, fewer than one of six women diagnosed with breast cancer die of the disease. By comparison, it is estimated that about 71,280 American women will die of lung cancer in 2017.[1] However, depending the type of breast cancer, the disease remains a major unmet medical need and new treatment approaches are needed to improve outcomes for breast cancer patients.

This is particularly so for patients with triple negative breast cancer which is more frequently diagnosed in African American women and younger women, and women who have a BRCA1 gene mutation. This subtype of breast cancer is also more common among Hispanic women compared to white women.

In addition to being more aggressive than other subtypes of breast cancer, triple-negative breast cancer is also more challenging to treat. Because it lacks all three key proteins and HR+/HER2-, the growth of this cancer is not fueled by hormones. As a result, hormone therapies like tamoxifen (Soltamox®, Midatech Pharma)# and aromatase inhibitors, including anastrozole (Arimidex®; AstraZeneca), exemestane (Aromasin®; Pfizer) and letrozole (Femara®; Novartis), have no therapeutic benefit.

Furthermore, studies have shown that, from a genetic standpoint, most triple-negative breast cancers bear little resemblance to each other. And while this subtype often contains many genetic alterations, only a few – if any – of these alterations are shared across all triple negative breast cancers. However, none of them appear to be primarily responsible for the growth and spread of TNBC, making treatment more complex.

While triple negative breast cancer has a poorer prognosis than ER-positive breast cancer for at least the first 5 years after diagnosis, if a woman survives 5 years without a recurrence, her chances of survival are relatively high.[3]

Potential of a combination therapy
A potentially new approach in the treatment of TNBC may be on the horizon. Earlier this week, Seattle Genetics confirmed two clinical collaboration agreements for the evaluation of SGN-LIV1A for the treatment of patients with triple negative breast cancer.

SGN-LIV1A is an investigational antibody-drug conjugate or ADC being developed by Seattle Genetics that targets the cell surface protein LIV-1, which is expressed on multiple solid tumors including (most) metastatic breast cancers as well as prostate, melanoma, ovarian, and cervical cancers.

The investigational drug consists of a LIV-1-targeted monoclonal antibody linked to a potent microtubule-disrupting agent, monomethyl auristatin E or MMAE by a protease-cleavable linker, using the same technology as brentuximab vedotin (Adcetris®; Seattle Genetics/Takeda). It is designed to bind to LIV-1 on cancer cells and release the cell-killing agent into target cells upon internalization. SGN-LIV1A may also cause antitumor activity through other mechanisms, including activation of an immune response.

Neoadjuvant treatment
The investiational agent will be tested in combination with pembrolizumab (Keytruda®, an anti-PD-1 therapy marketed by Merck**, in a phase Ib/II clinical trial as first line treatment for locally advanced and metastatic triple negative breast cancer or TNBC.

SGN-LIV1A in combination with standard chemotherapy will also be evaluated as neoadjuvant treatment in the phase II I-SPY 2 TRIAL (NCT01042379) for newly diagnosed Stage 2 or 3 human epidermal growth factor receptor 2 (HER2) negative breast cancer, sponsored by Quantum Leap Health Care Collaborative, a nonprofit organization with a mission to speed up transfer of high-impact clinical research and to make novel treatments available to patients as soon as practicable.

This cancer subgroup accounts for up to 85% of breast cancer and includes TNBC. [4] On average, it takes U.S. $2.5 billion, between 12-15 years, and the involvement of 2,000 to 8,000 patient volunteers to bring a new drug therapy to market. Unfortunately, the high cost and effort does not always guarantee success. According to Quantum Leap Health Care Collaborative, historically, 60-70% of all Phase III oncology trials have either negative results or fail to complete.

To change this outcome, Quantum Leap re-engineered the standard approach to clinical trials. Their goal was to bring the right drug to the right patient at the time the patient is expected to benefit most of the available treatment. In addition, Quantum Leap also wanted to significantly reduce the overall cost, time, and number of patients required to bring new drugs to market. The result was the The I-SPY TRIAL Program which integrates and links Phases I, Phase II, and, eventually, Phase III trials to build a pipeline of novel agents and accelerate the process of identifying the subset of high risk breast cancer patients that will benefit from these new agents, and get the drug to market.

The data showed that the addition of pembrolizumab increased the estimated pathologic complete response (pCR) rate nearly threefold in patients with TNBC (60% vs 20%) and in patients with HR+/HER2- breast cancer (34% vs 13%) compared to standard therapy.

Furthermore, based on Bayesian predictive probability of success in a confirmatory Phase III trial, pembrolizumab graduated from the I-SPY 2 TRIAL for all subtypes in which it was tested, including triple negative breast cancer, all HER2-, and HR+/HER2-.

Earlier lines of treatment
“Our new collaborations expand the clinical investigation of SGN-LIV1A by evaluating [SGN-LIV1A] in earlier lines of treatment for triple negative breast cancer, including the frontline setting in combination with pembrolizumab. In the neoadjuvant setting, SGN-LIV1A has the potential to benefit a broader population of women with breast cancer,” noted Seattle Genetics Jonathan Drachman, MD.

“With four clinical studies underway or planned for SGN-LIV1A in TNBC, we are advancing our goal to improve the health of women with this devastating disease,” Drachman further added.

SGN-LIV1A administered in combination with Merck’s pembrolizumab will be evaluated in a phase Ib/II clinical study in patients with locally advanced or metastatic TNBC. This single arm, open label multicenter study is anticipated to enroll up to 72 patients. Under the terms of the collaboration agreement with Merck, Seattle Genetics will hold the IND for the study and retain global development and commercialization rights to SGN-LIV1A.

SGN-LIV1A in the I-SPY 2 TRIAL
SGN-LIV1A followed by standard chemotherapy (doxorubicin and cyclophosphamide) will be evaluated as a neoadjuvant treatment (prior to surgery) for women with newly diagnosed, locally advanced Stage 2 or 3 HER2-negative breast cancer in the I-SPY 2 TRIAL. This standing phase II randomized, controlled multicenter trial is anticipated to enroll up to 75 patients in the SGN-LIV1A treatment arm.

With TNBC and other aggressive cancers in mind, the I-SPY 2 TRIAL was designed to rapidly screen promising experimental treatments and identify those most effective in specific patient subgroups based on molecular characteristics (biomarker signatures).

The trial is a unique collaborative effort by a consortium that includes the U.S. Food and Drug Administration (FDA), industry, patient advocates, philanthropic sponsors and clinicians from 20 major U.S cancer research centers. Under the terms of the collaboration agreement, Quantum Leap is the trial sponsor and will manage the study operations. Seattle Genetics will retain global development and commercialization rights to SGN-LIV1A.

Other trials
Four clinical studies are underway or planned for SGN-LIV1A in breast cancer, with a focus on TNBC. In addition to the aforementioned trials, SGN-LIV1A monotherapy is being evaluated in an ongoing phase 1 trial for patients with metastatic breast cancer, including patients heavily pre-treated for TNBC.

A phase Ib/II trial is planned to evaluate SGN-LIV1A as part of a combination regimen as second line treatment for patients with metastatic TNBC who have not been previously treated with immunotherapy.

#Nolvadex® (AstraZeneca), another brand of tamoxifen, has been discontinued in the United States.