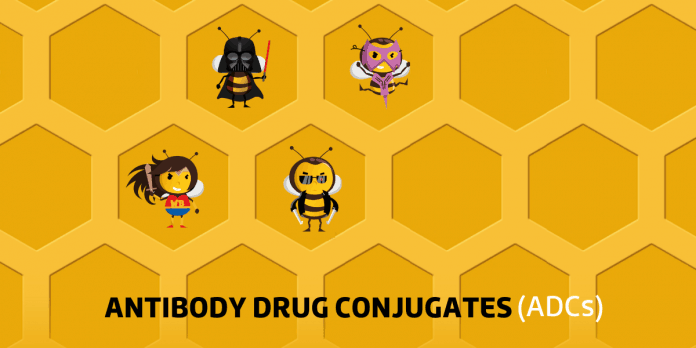 It’s been almost three weeks since my last update which means that there is a massive amount of material to cover and I can’t get to it all in this little update.

If you want to check out all of the links that I have aggregated over the past three weeks, go over to https://www.adcdaily.com/ and click on the ADC Links Section Header.  In these posts I just aggregate all of the relevant links that I find before winnowing down for these update articles.  But it you want to quickly see anything and everything that I thought was related to ADCs, then this is the place.

While you’re there, click on the list to join the mailing list, and then you can get every post directly to your inbox.  We had quite a few people join after the last posting, so come join the cool kids and gets your ADCDaily posts automatically.

And one last thing.  I am excited to announce that I will be hosting a Webinar next month.  It will be chock full of ADCs and DoEs.  I will do my best not to get too excited, but I most certainly love geeking out with DoEs and we have some pretty cool case studies planned for you.  It’s being held on Sep 24th at 11 EST.  Hope to see you all there.

And with that, it’s time for our five things this week…

I’m sad to say that today we are seeing news that AbbVie is pulling the plug entirely on RovaT after failing another drug trial.

I don’t think it’s too much of a surprise to anyone at this point to see the program getting shut down.  But still, it’s always sad to see them go.

Can anyone else hear Taps playing on a bugle in the background?  Farewell friend.  Thank you to everyone at AbbVie who has been working on this for the past many years.  Even clinical  failures help to progress the ADC industry and RovaT is no exception.

How Biotech Startup Funding Will Change in the Next 10 Years

*Full disclosure, I grew up in the middle of Silicon Valley, so I am afflicted with equal parts awe and disdain for The Valley fixing all the world’s problems*

This is an interesting take on the potential future of biotech.  The argument is that through CROs, lab robots, and in silico testing, the development cycle of biotech can be shortened, cheapened, and (…wait for it…) Disruptive. Although this ignores the fact that there is the inherit difference between YC software types who make apps and algorithms; while we make complex chemicals for use in even more complex systems and that will always be true.  You don’t see YC startups trying to upend Exxon or Anheiser-Busch because it took them 100 years to build the distribution network that they currently have, and the YC model expects nothing less than 10x growth in 3-5 years.  Despite my cynicism, innovation is good, and if their sights get set on biotech, then all the better.

But still, after reading this, I found a couple of examples that are too spot on to ignore.  The first is a partnership involving ADC T

– SOPHiA GENETICS is trying to bring some deep learning into ADC clinical trials.  This looks like a fishing expedition for now, but if this bears fruit and they can use this to improve patients outcomes, then this could be a really interesting collaboration

And while the YC model for biotechs is very 2019, there are still people who see massive movements in the more traditional 1999 style Silicon Valley capitol plan

– As I always say, the best leading indicator for our market is $$$.  So signs like this are a good thing.  Investment is up, and so is M&A.  All of these things make it more profitable to be a biotech startup, and since that is where a big portion of ADC companies live, this is a good thing

There are too many great articles to cover here, but as mentioned above, go check out my links post at https://www.adcdaily.com/ and they are all there.  Here are a couple of my favorites:

– Here is a pretty cool example of a novel payload mechanism on an ADC.  Here the authors were looking at a transcription factor inhibitor (TFIIH) bound to an antibody.  They showed some success in their model but while this is still a long way off, it is interesting to see research moving away from HPAPI as this might be a way to open up that therapeutic window

It is always big news when a new ADC gets to market, so of course we need to pay attention to the molecules that are next in line to attempt to make the jump.  First on the list is GSK and the anti-BCMA molecule belantamab mafodotin.

GSK’s Hal Barron heralds their second positive PhIII for crucial anti-BCMA therapy, pointing to a push for quick OKs in a crowded field

Did I mention SeaGen?  Of course, because they are everywhere, including in a combination study showing that Adcetris in combination with Nivolumab yields an ORR of 73% and a full remission rate of 37%

So I can’t say that I have ever thought of the problem addressed in this article.  As we all know, ADCs are smart missiles which can find cancer anywhere in the body and kill it.  But what about the part of the body where even blood cannot go?  It turns out that there are two more facts to the story – HER2 overexpression is what makes Kadcyla effective, but it also comes with an increased chance of brain metastases.  And Kadcyla cannot cross the blood-brain barrier to get at those tumors.

This article takes a deep dive into this issue and tries to offer some explanations about what is going on and what might be done to solve the problem.

Speaking of T-DM1, let’s not forget about its upcoming competitor for Daiichi.

First off, I would like to thank everyone for your comments and suggestions after the last article.  In combination with ADC Review and their poll results, it looks like we have a clear winner.  You guys want to see a deep dive into non-oncology applications for ADCs.  So let’s do this.

And on that note, I can do all of the digging around the literature in the world, but if you work on one of these projects, I want to talk to you.  It would be much more fun to get an insider’s look, than to regurgitate other articles and marketing material that is distributed around the internet.

Secondly, there has been a major occurrence in the world of ADCDaily.  A couple of articles ago, I mentioned a new book about ADC Payloads

Well it turns out they noticed, and sent me a copy of the book to check out in detail.  So, for the first time ever, I will be publishing an ADCDaily book report in the near future as well.  It takes a special type of person to get excited about 200 pages of Cytotoxic Payload articles, but I am just that type of person.

So now that is two new articles coming in the near future.  And yes, expect the news updates to continue.  And please keep, liking, or especially commenting or sharing as those are the most effective ways to tell LinkedIn to keep spreading the ADC word.

Have a great week everyone!