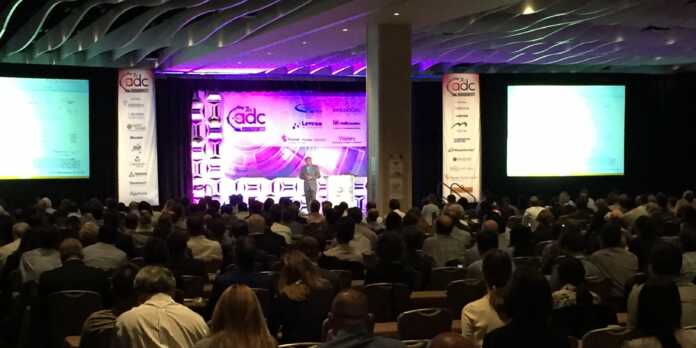 This week, during the 7th World ADC Conference in San Diengo, Mersana Therapeutics, a biotechnology company focused on discovering and developing a pipeline of antibody-drug conjugates or ADCs based on its proprietary Dolaflexin® technology, received “Best ADC Platform Technology” award for its Dolaflexin platform.

Now in their third year, the World ADC Awards are designed to showcase excellence within antibody drug conjugate research. The awards reward the innovation, leadership, and devotion shown by the best companies, teams, and individuals in the industry. Across eight categories the the organizers of the event recognize the extraordinary endeavours, teamwork and commercial acumen that has propelled the field to the forefront of cancer research today.

Mersana was also selected as a runner-up in the “New Drug Developer” category.

The 7th World ADC’s “Best ADC Platform Technology” award acknowledges the best linker or payload platform technology and is selected for the system’s novelty and originality as well as scientific and commercial validation of the platform.  In addition, the “New Drug Developer” class, recognizes an emerging company involved in the (early) development of antibody-drug conjugates that it has made significant progress within its preclinical pipeline with at least one pipeline drug.

Dolaflexin Platform
Dolaflexin, Mersana’s lead platform technology, is based on the company’s Fleximer polymer backbone and a proprietary aurastatin payload. Fleximer allows for significantly higher DAR (Drug to Antibody Ratio) or payload per antibody (>15) than other ADC approaches resulting in higher efficacy. Furthermore, Fleximer-based immunoconjugate molecules have been shown to have superior efficacy, including with targets previously considered not amenable to antibody-drug conjugate approaches.

The proprietary auristatin payload is designed to be highly potent when released in the tumor cell but to subsequently be metabolized into less potent agent hence resulting in improved tolerability. In early and pre-clinical studies Dolaflexin based ADCs have been shown to be highly efficacious while maintaining a wider therapeutic index than traditional ADCs approaches.

“We are grateful to the Conference for this recognition and will continue to commit ourselves to developing novel cancer treatments to address ongoing patient needs,” she added.

The investigational drug is an anti-HER2 ADC that incorporates HT-19, a novel, human anti-HER2 antibody optimized for cytotoxic payload delivery.[1]  In addition HT-19 was selected to be non-competitive for HER2 binding with existing therapies – trastuzumab or pertuzumab, to allow the potential of combination therapies.

XMT-1522 is armed with about 15 auristatin molecules per antibody, making it highly potent in tumor models that express relatively low amounts of the HER2 protein. XMT-1522 has the potential to extend HER2-targeted therapy beyond the current HER2+ population into patients with lower levels of HER2 expression.

investigational compound known as XMT-1536 may help patients with NaPi2b-expressing tumors. Preclinical data with this immunoconjugate product demonstrated significant anticancer activity in NSCLC and ovarian cancer tumor models. Based on the data presented during the annual meeting of the AACR , Mersana advanced XMT-1536 into IND-enabling studies for the treatment of patients with NaPi2b-expressing tumors.