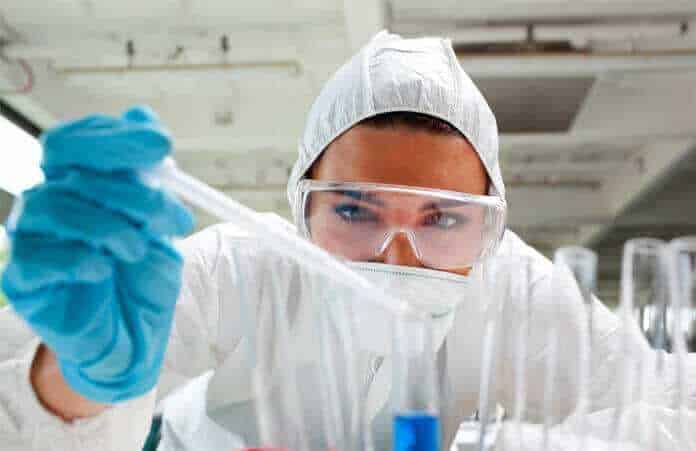 Researchers at the Aarhus University, Denmark’s second oldest university, have developed an easier method to create DNA–protein conjugates. The method can potentially strengthen the work involved in diagnosing diseases. Their findings are published in the July online edition of Nature Chemistry [1]

DNA linked to proteins, including antibodies, provides a strong partnership that can be used in diagnostic techniques, nanotechnology and other disciplines. DNA–protein conjugates, which tag proteins with DNA, can be used for the sensitive detection and visualisation of biological material. The method also provides easier access to handling proteins in nanotechnology, where the DNA acts as a handle on the protein.

A real challenge
Controlling the conjugation of macromolecules such as DNA and proteins can be quite a challenge when scientists want to join them in particular ways and places. Researchers at Aarhus University have now developed a new and efficient method to tag proteins with DNA, making it much simpler to control the process than previously. The new method was developed at the Danish National Research Foundation’s Centre for DNA Nanotechnology… in collaboration between researchers at Aarhus University’s Interdisciplinary Nanoscience Centre (iNANO), Department of Chemistry and Department of Molecular Biology and Genetics.

“Maintaining the protein’s function and activity often requires the attachment of only a single DNA strand to the protein. At the same time, it can be important to know where the DNA strand is attached to the protein. You can normally only achieve this if you are working with genetically engineered proteins. This is a time-consuming and technically challenging process,” explains PhD student Christian B. Rosen, CDNA, Aarhus University – one of the researchers behind the new method.

Direct Tagging
The new method makes it possible to direct the tagging of proteins with DNA to a particular site on the protein, without genetically modifying the protein beforehand. In other words, it is possible to tag natural proteins, including antibodies.

The researchers use a piece of DNA that is engineered to bind to metal ions. Using this ‘control stick’, they direct another piece of DNA to a metal binding site on the protein, where it reacts. A considerable number of proteins bind metal ions, which makes them suitable for this method. A significant point in using this method is that the tagged proteins retain their functionality after being bound to DNA.

The researchers are applying for a patent for the new method, which has potential in a number of areas. The technique called DNA-templated protein conjugation, facilitates the production of site-selective protein conjugates, and also conjugation to IgG1 antibodies via a histidine cluster in the constant domain.

“Of greatest importance is the fact that we can use our technique for tagging antibodies. Antibodies that are chemically bound or conjugated to chemotherapeutics represent an entirely new class of medicine called antibody-drug conjugates or ADCs, in which the antibody part is used to recognize specific tissue and the chemotherapeutic part is used to kill the cell. [2] When you tag antibodies, it’s important that you keep the recognition element of the antibody intact. With our method, we strike the constant part of the antibody and not the variable part, which contains its recognition element. Our technique is therefore general for a major class of proteins,” noted Anne Louise Bank Kodal, CDNA, another author of the article.

The researchers are working on further developing the method so they can attach chemotherapeutics to antibodies and not just DNA.