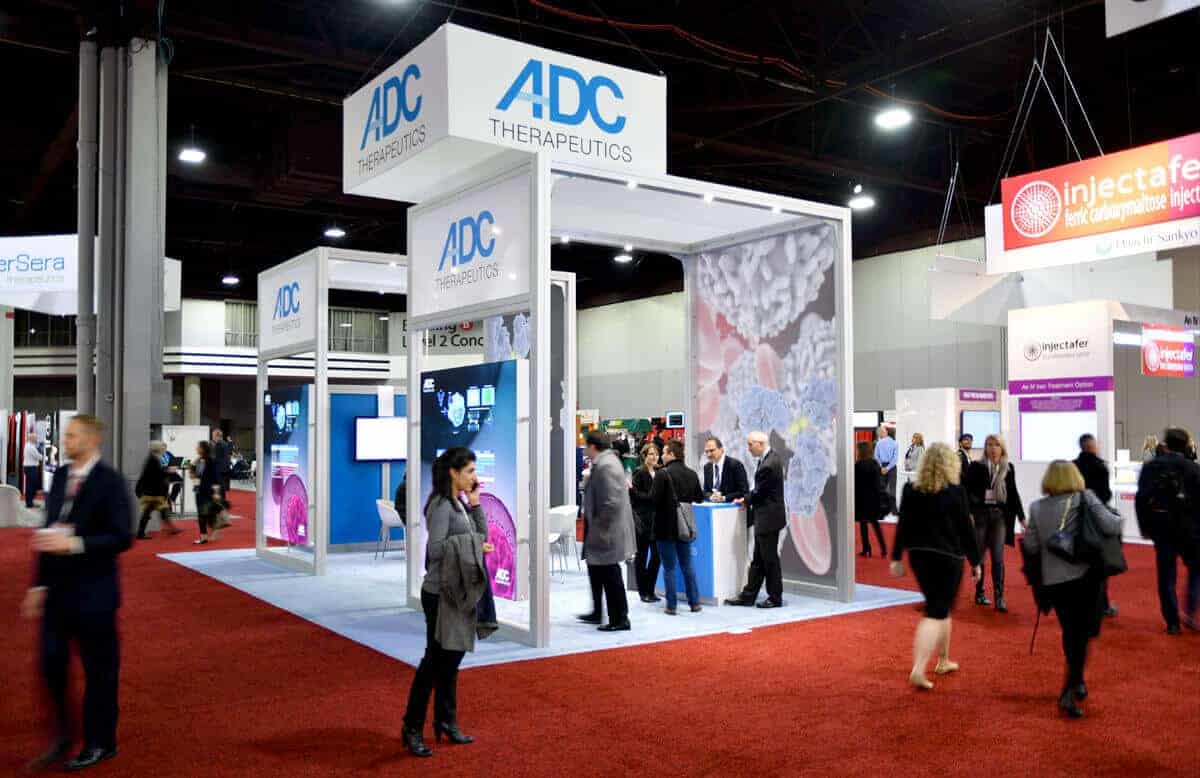 ADC Therapeutics (Lausanne; Biopôle, Switzerland) also announced interim results from LOTIS 3, a Phase I/II clinical trial of loncastuximab tesirine in combined with ibrutinib (Imbruvica®; Pharmacyclics/Janssen Biotech). According to the researchers involved in this study, these results highlight the potential of loncastuximab tesirine to advance into earlier lines of therapy in combination with other therapies.

Investigational agent
Loncastuximab tesirine is an antibody-drug conjugate (ADC) composed of a humanized monoclonal antibody directed against human CD19 and conjugated through a linker to a potent pyrrolobenzodiazepine (PBD) dimer cytotoxin.

Once bound to a CD19-expressing cell, the investigational drug is designed to be internalized by the cell, after which the cytotoxic payload is released.

The payload is designed to bind irreversibly to DNA to create highly potent interstrand cross-links that block DNA strand separation, thus disrupting essential DNA metabolic processes such as replication and ultimately resulting in cell death. CD19 is a clinically validated target for the treatment of B-cell malignancies. Virtual EHA congress
The data were presented in an oral presentation and ePoster at the virtual 25th Congress of the European Hematology Association, held June 11 – June 21, 2020.

“Our two presentations at EHA25 highlight loncastuximab tesirine’s potential as both a single agent and in combination with other therapies for patients with non-Hodgkin lymphoma,” noted Jay Feingold, M.D., Ph.D., Senior Vice President and Chief Medical Officer of ADC Therapeutics.

“In LOTIS 2, loncastuximab tesirine demonstrated important anti-tumor activity and durability, as well as manageable toxicities, across a broad population of hard-to-treat, relapsed, or refractory DLBCL patients, including patients with poor prognosis, those who never responded to prior therapy and those who received prior stem cell transplant,” Feingold added.

Lotus 2: Initial Results
LOTIS 2, a Phase 2, multi-center, open-label, single-arm clinical trial, is evaluating the efficacy and safety of Lonca in patients with relapsed or refractory DLBCL following ≥2 lines of prior systemic therapy. [1]

Participating patients received 30-minute intravenous infusions of loncastuximab tesirine once every three weeks (Q3W) at a dose of 150 μg/kg for the first two cycles, followed by 75 μg/kg for subsequent cycles for up to one year or until disease progression, unacceptable toxicity, or other discontinuation criteria, whichever occurred first. As of the data cut-off date of April 6, 2020, 145 patients were enrolled and received a mean of 4.3 cycles of Lonca (range: 1-15).

The median duration of response has increased to 10.25 months in the more mature data cut, compared to 6.7 months in the previous data cut (October 14, 2019). All patients had received a median of 3 prior lines of therapy

Adverse events
The toxicity profile was manageable and no new safety concerns were identified
The most common grade ≥3 treatment-emergent adverse events in ≥10% of patients were: neutropenia (25.5%) with a low incidence of febrile neutropenia (3.4%), thrombocytopenia (17.9%), GGT increased (16.6%) and anemia (10.3%)

“The substantial single-agent anti-tumor activity Lonca has demonstrated in patients with relapsed or refractory DLBCL who failed established therapies underscores the potential of this CD19-targeted, PBD-based ADC to fill a critical unmet need,” Carlo-Stella added.

Loncastuximab tesirine + ibrutinib: Interim Results
LOTIS 3, a Phase I/II open-label, single-arm dose-escalation and dose-expansion clinical trial, is evaluating the safety and efficacy of Lonca in combination with ibrutinib in patients with relapsed or refractory DLBCL or mantle cell lymphoma (MCL). Lonca is administered as 30-minute intravenous infusions using a standard 3+3 dose-escalation design at doses of 60 or 90 μg/kg.[2]

In this trial, patients received loncastuximab tesirine every three weeks for the first two doses, with concurrent fixed-dose ibrutinib (560 mg/day, oral) for up to one year. As of the data cut-off date of April 6, 2020, 25 patients have been enrolled, including 23 patients with DLBCL and two patients with MCL, and 18 patients were evaluable for antitumor activity. The trial continues to enroll patients.

“As patients with relapsed or refractory DLBCL or MCL have a poor prognosis and limited salvage treatment options, it is important to explore the potential for combinations of drugs with different mechanisms of action to increase clinical activity compared to either agent alone,” said Julien Depaus, MD, Department of Hematology, CHU UCL Namur.

“Based on synergies demonstrated in preclinical research and the interim results of the Phase 1 portion of this clinical trial, I believe the combination of Lonca and ibrutinib warrants further evaluation as a treatment option for patients with relapsed or refractory DLBCL or MCL,” Depaus concluded.