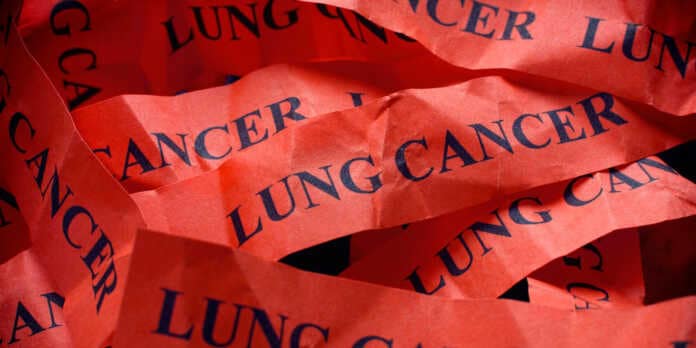 A Phase II clinical trial evaluating its anetumab ravtansine, also known as BAY 949343, as a monotherapy in patients with recurrent malignant pleural mesothelioma or MPM who were previously treated, did not meet its primary endpoint of progression-free survival.

The safety and tolerability of the investigational agent were consistent with earlier clinical findings. Detailed study results are expected to be presented at an upcoming medical meeting.

Investigational agent
Anetumab ravtansine is an antibody-drug conjugate or ADC that specifically targets mesothelin, a surface marker protein over-expressed in many cancers. After binding to mesothelin, anetumab ravtansine is taken up inside the tumor cells, where degrading enzymes release cytotoxic agent DM4, a maytansinoid tubulin inhibitor, which induces cell cycle arrest and apoptosis in dividing cells.

Anetumab ravtansine is being developed by Bayer. In the development of the novel agent, Bayer collaborated with MorphoSys and ImmunoGen.

The antibody part of the ADC was derived from MorphoSys’ Human Combinatorial Antibody Library, better known as the HuCAL technology platform. The recombinant HuCal technology enables the generation of therapeutic and diagnostic antibodies, including those binding to difficult antigens. These antibodies are produced in bacteria, and the technology enables in vitro selection to isolate antibodies with the desired characteristics.

HuCAL is generated by de novo gene synthesis, and the large library is screened with a technique called phage display to identify the antibody with a high affinity to the investigated antigen.

In a 2008 license agreement with ImmunoGen, Bayer was granted exclusive rights for using their maytansinoid ADC technology to develop anti-tumor therapies targeting mesothelin. Mesothelin, a glycosylpho sphatidylinositol (GPI)-anchored glycoprotein, is overexpressed in all epithelial mesotheliomas as well as many ovarian and pancreatic adenocarcinomas while minimally expressed on normal tissue. Moreover, mesothelin expression is found in 50% of lung adenocarcinomas, 60% of gastric cancers, and 67% of triple-negative breast cancer. [1]

Phase I trial
In a Phase I clinical trial in patients with advanced solid tumors, anetumab ravtansine demonstrated promising efficacy with durable responses in patients with MPM, and a manageable safety profile. In addition to the Phase II clinical trial in MPM, anetumab ravtansine is currently being investigated in a variety of other mesothelin-positive tumors, including a Phase Ib multi-indication study in six different types of advanced solid tumors (NCT03102320), as well as a Phase Ib combination-study in patients with recurrent platinum-resistent ovarian cancer (NCT02751918).

The phase I trial was developed to determine the safety and activity of anetumab ravtansine in patients with cancer who had failed standard therapies. Results presented during the World Conference on Lung Cancer in 2015 were promising, and based on the early results of this trial more mesothelioma patients were enrolled to better define the activity of this drug in patients with pleural mesothelioma who had progressed on chemotherapy.

The phase I results showed that out of the 16 mesothelioma patients treated at the maximum tolerated dose, 5 (31%) had objective tumor shrinkage while 7 (44%) had stable disease. However, out of the 10 mesothelioma patients who received anetumab ravtansine as second line therapy 5 (50%) had objective tumor shrinkage and 4 (40%) had stable disease. In most patients the tumor response was very durable with three patients still receiving the drug more than 2 years after starting therapy.

The primary endpoint of this study was progression-free survival. Secondary endpoints included overall survival, as well as other indicators of efficacy, such as patient-reported outcomes, objective tumor response rate, duration of response, disease control rate, and durable response rate. Safety and tolerability of patients were also continuously monitored.

“The outcome of this phase II study with anetumab ravtansine in recurrent malignant pleural mesothelioma is disappointing, in particular for the patients suffering from this serious and extremely difficult to treat disease”, said Markus Enzelberger, PhD, Interim Chief Scientific Officer of MorphoSys.

“Nevertheless, Bayer remains committed to further evaluating the potential of this compound across multiple tumor types with significant unmet medical need. We are proud of our long-standing relationship with Bayer, and we look forward to further updates about the development program with anetumab ravtansine going forward.”

Malignant Pleural Mesothelioma
MPM is a rare and deadly cancer affecting more than 25,000 people globally, with about 3,000 new cases being diagnosed in the United States and more than 12,000 in Europe each year.

It is commonly caused by occupational or environmental exposure to asbestos. The majority of patients with MPM are not diagnosed until the disease has progressed to an advanced stage, with the onset of the disease in many cases occurring 20 to 40 years after exposure. Due to its aggressive nature, the estimated median overall survival is approximately one year from diagnosis.

Rapid deterioration and poor survival are hallmarks of MPM. In first line therapy, cisplatin/pemetrexed has become the standard of care but nearly all MPM-patients progress during or after first-line treatment. In the second-line setting, the lack of an accepted standard of care treatment underscores the substantial unmet need in the treatment of MPM.

“Malignant pleural mesothelioma is a very difficult-to-treat tumor, and we had hoped for a better outcome for patients,” noted Robert LaCaze, Executive Vice President and Head of the Oncology Strategic Business Unit at Bayer.

“We would like to thank the patients and their caregivers, as well as the study investigators for their participation and contributions in this study. Based on the available data, we remain committed to further evaluating the utility and safety of anetumab ravtansine across multiple tumor types with significant unmet medical need,” LaCaze added.

Anetumab ravtansine is currently being investigated, as monotherapy and in combination, in additional studies, including a Phase Ib multi-indication study in six different types of advanced solid tumors, as well as a Phase Ib combination-study in patients with recurrent platinum-resistant ovarian cancer.

Phase I Trial of Seattle Genetics’ SGN-LIV1A for Patients with LIV-1-Positive...