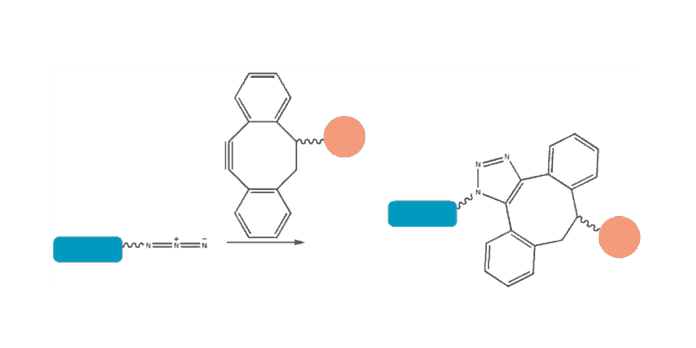 The introduction of a PEG linker to a molecule provides many benefits for pharmaceutical and biotech R&D due to its water solubility, lower toxicity and non-immunogenicity.

The introduction of different functional groups to the end of a PEG linker allows for more site-specific reactions.  For example, proteins have various amino acid residue that may be involved in chemical reactions with amine, sulfhydryl, carboxyl and carbonyl groups being more likely to be targeted for bioconjugation.  By altering the end group of the PEG linkers, it is easier to target these amino acid residues or specific functional groups. Table 1 lists reactive groups and available PEG linkers that can be used to target these reactive groups.

Modified PEG linkers can be used for different applications. In some instances, reaction conditions must be altered so that proteins are able to properly react with the PEG reagent.  Below are some common PEGylation chemistry reactions.

Aldehyde Conjugation
PEG aldehyde can be used in bioconjugation due to reactions between aminooxy or hydrazide moiety.

Thiol Conjugation
PEG Thiols are reactive with maleimides, disulfides, haloacteamides and other types of thiols. They can also be involved in metal surface binding.

What are PEG Linkers?