Home ADC's in Development fields What is Pyrrolobenzodiazepine (PBD)? 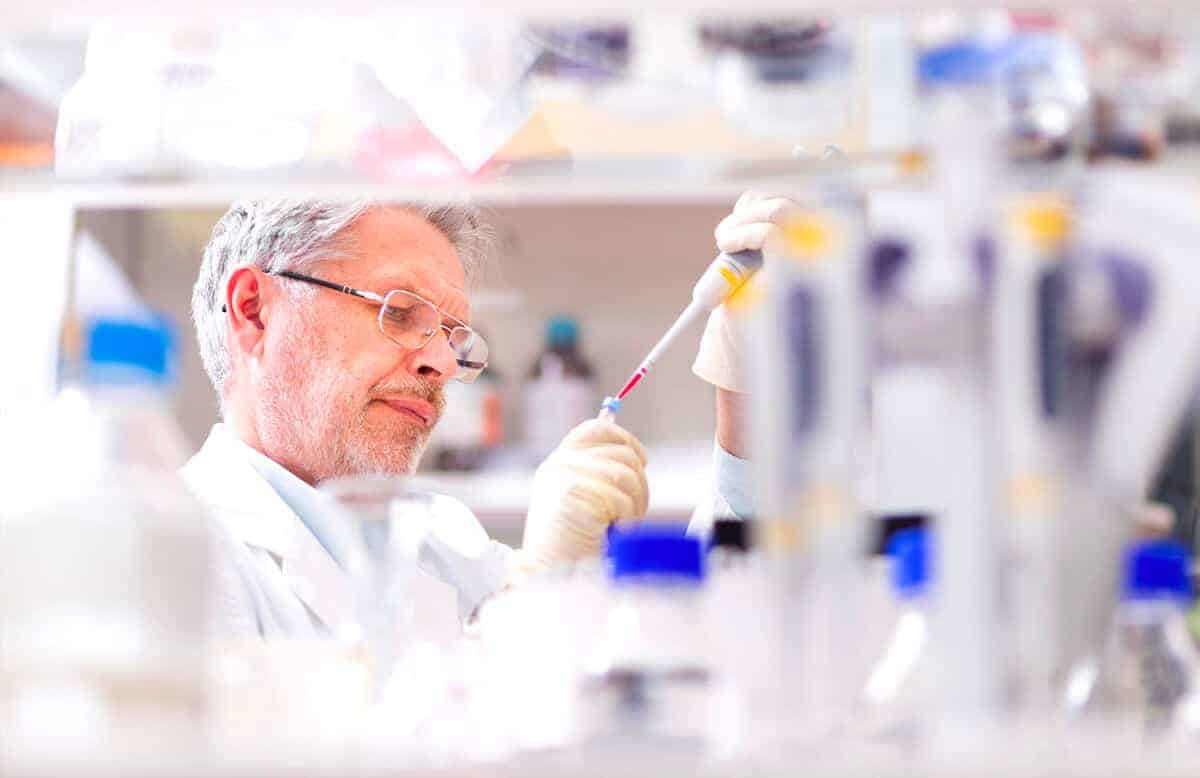 PBDs are sequence-selective DNA minor-groove binding crosslinking agents originally discovered in Streptomyces species and are significantly more potent than systemic chemotherapeutic drugs. Pyrrolobenzodiazepines are potent inhibitors of nucleic acid synthesis because of their ability to recognize and bind to specific sequences of DNA and form a labile covalent adduct. [1][2]

Although PBDs have high antitumor activity, they are cardiotoxic, which has precluded their continued clinical use.

Ongoing research demonstrates that PBDs can be effectively used for antibody-targeted therapy. [3][4][5]

Biological Activity
The mechanism of action (MOA) of the PBDs is associated with their ability to form, an adduct in the minor groove, thus interfering with DNA processing. After insertion in the minor groove, an aminal bond is formed through the nucleophilic attack of the N2 of a guanine base at the electrophilic C11 position of PBD.[6]

What are Pyrrolobenzodiazepines?
Pyrrolobenzodiazepines, a class of natural products produced by various actinomycetes (a broad group of bacteria that form thread-like filaments in the soil and are responsible for the distinctive scent of freshly exposed, moist soil), are sequence selective DNA alkylating compounds with significant antitumor properties.

As a class of DNA-crosslinking agents, they are significantly more potent than systemic chemotherapeutic drugs. Some PBDs have the ability to recognize and bond to specific sequences of DNA.[7][9]

PBD dimers bind in the minor groove of DNA, where they form covalent aminal cross-links between the N2 of guanine and the C11 position of the PBD. The resulting PBD-DNA adducts cause replication forks to stall and tumor cells to arrest at the G2-M boundary, ultimately resulting in apoptosis at low nanomolar to picomolar concentrations. PBD dimers are particularly potent because of their cell cycle–independent activity and because their integration minimally distorts DNA, increasing the likelihood of evasion of DNA damage repair responses. Because of the potency of PBD dimers and similar cell cycle–independent payloads, normal tissues accessed by such potently armed ADCs must be devoid of target expression.[8]

Anthramycin
The first pyrrolobenzodiazepines antitumor antibiotic, anthramycin (C16H17N3O4; not to be confused with anthracimycin), produced by streptomyces refuineus, was discovered in 1965.

Since then, a number of naturally occurring PBDs have been reported, and over 10 synthetic routes have been developed to a variety of analogs.[9]

Potency
In vitro, pyrrolobenzodiazepines typically demonstrate IC50 values in the low to mid picomolar range in a variety of cell types, and unlike the anti-tubulin agents, they can induce cell death in both dividing and non-dividing cells. Fully synthetic PBD dimers are ideally suited for the role of payload in an antibody-drug conjugate because, unlike other cytotoxic payloads such as calicheamicin, they combine potency with a demonstrated therapeutic index, are not cross-resistant with widely used chemotherapy agents, and their unique mode of action sets them apart from the tubulin binders such as maytansinoid and auristatin that currently dominate the antibody-drug conjugate arena.

The pyrrolobenzodiazepine (PBD) dimers are significantly more potent than systemic chemotherapeutic drugs and the site-specific conjugation technology allows uniform drug-loading of the cell-killing PBD agent to the anti-CD33 antibody. Pyrrolobenzodiazepine dimers have been shown to have broad-spectrum anti-tumor activity in vivo. These novel drugs exert their activity by binding in the minor groove of DNA and linking the two DNA strands together in a way that cells find difficult to recognize and repair.

Synthetic PBD dimers – which links two PBD monomers through their aromatic A-ring phenolic C8-positions via a flexible propyldioxy tether, have been found to be highly cytotoxic in vitro.  These synthetic PBD dimers produce DNA interstrand cross-links with high efficiency in both naked DNA and in cells. These types of molecules span six base pairs in the minor groove of DNA, covalently binding to spatially separated guanines on opposite strands in the central sequence 5′-PuGATCPy-3′ (where Pu is a purine and Py is a pyrimidine). Using HPLC/MS and short oligonucleotides of the defined sequence also suggest that PBD dimers form sequence selective intrastrand cross-linked adducts and mono-alkylated adducts, in addition to interstrand cross-links.

One observed and important feature of PBD dimers and the interstrand cross-links formed is that they cause minimal distortion of the DNA. This feature appears to contribute to the persistence in cells and the potent biological activity of these agents.

Development
Spirogen, a wholly-owned subsidiary of AstraZeneca’s MedImmune founded in 2001 as a spin-out from several institutions including University College London and with partial funding by Cancer Research UK, has developed a novel class of highly potent cytotoxic warheads based on its proprietary pyrrolobenzodiazepines (PBDs). The company has been developing its PBD technology for more than ten years, including a standalone PBD agent in a Phase II study in acute myeloid leukemia.

Other companies involved in the development of ADCs with a PBD payload include Seattle Genetics and ADC Therapeutics.

Zai Lab to Commercialize and Expand Patient Access to Tisotumab Vedotin in Mainland...