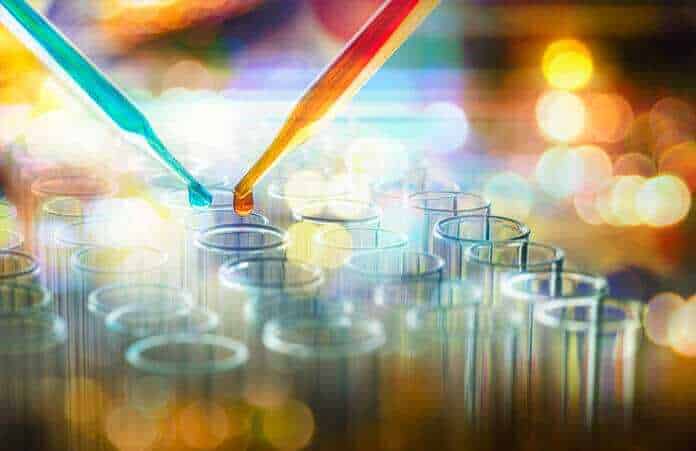 What is biological therapy?

For patients with cancer, biological therapies may be used to treat the cancer itself or the side effects of other cancer treatments. Although many forms of biological therapy have been approved by the U.S. Food and Drug Administration (FDA), others remain experimental and are available to cancer patients principally through participation in clinical trials (research studies involving people).

What is the immune system?

The immune system is a complex network of cells, tissues, organs, and the substances they make. It helps the body fight infections and other diseases.

Antigens are substances on the body’s own cells and on microbes that can be recognized by the immune system. Normal cells in the body have antigens that identify them as “self.” Self antigens tell the immune system that normal cells are not a threat and should be ignored. In contrast, microbes are recognized by the immune system as a potential threat that should be destroyed because they carry foreign, or non-self, antigens. Cancer cells also often contain antigens, called tumor antigens, that are not present (or are present at lower levels) on normal cells.

Can the immune system attack cancer?

The natural ability of the immune system to detect and destroy abnormal cells likely prevents or suppresses the development of many cancers. Immune cells are sometimes found in and around tumors. These cells, called tumor-infiltrating lymphocytes or TILs, are an indication that the immune system is responding to the tumor. The presence of TILs in a patient’s tumor is often associated with a better outcome in the patient.

What types of biological therapy are used to treat cancer?

Several types of biological therapies, especially immunotherapies, are being used or developed for cancer treatment. These therapies fight cancer in different ways.

How they work: This type of immunotherapy releases a “brake” on the immune system that normally prevents overly strong immune responses that might damage normal cells as well as abnormal cells. This brake involves proteins on the surface of T cells called immune checkpoint proteins. When immune checkpoint proteins recognize specific partner proteins on other cells, an “off” signal is sent that tells the T cell not to mount an immune response against those cells.

Two widely studied immune checkpoint proteins are PD-1 and CTLA-4. Some tumor cells express high levels of the PD-1 partner protein PD-L1, which causes T cells to shut down and helps the cancer cells evade immune destruction. Similarly, interactions between B7 proteins on antigen-presenting cells and CTLA-4 that is expressed on T cells prevents T cells from killing other cells, including cancer cells.

How they are used: Immune checkpoint inhibitors are approved to treat a variety of cancer types, including skin cancer, non-small cell lung cancer, bladder cancer, head and neck cancer, liver cancer, Hodgkin lymphoma, renal cell cancer (a type of kidney cancer), and stomach cancer. One immune checkpoint inhibitor, pembrolizumab(Keytruda®), is used to treat any solid tumor that is microsatellite instability-high or mismatch repair deficient and has spread or cannot be removed by surgery. Another immune checkpoint inhibitor, nivolumab (Opdivo®), is used to treat mismatch repair deficient and microsatellite instability-high metastatic colorectal cancer that has progressed following treatment with a fluoropyrimidine, oxaliplatin, and irinotecan hydrochloride.

Before receiving the expanded T cells, patients also undergo a procedure called lymphodepletion, which consists of a round of chemotherapy and, in some cases, whole-body radiation. The lymphodepletion gets rid of other immune cells that can impede the effectiveness of the incoming T cells.

How it is used: Adoptive T-cell transfer was first studied for the treatment of metastatic melanoma because melanomas often cause a substantial immune response, with many TILs. The use of activated TILs has been effective for some patients with melanoma and has produced encouraging positive findings in other cancers (e.g., cervical squamous cell carcinoma and cholangiocarcinoma).

How they work: Therapeutic antibodies are antibodies made in the laboratory that are designed to destroy cancer cells. They are a type of targeted cancer therapy—drugs that are designed specifically to interact with and block a specific molecule (or “molecular target”) that is necessary for cancer cell growth.  More information about targeted therapy is available in NCI’s Targeted Cancer Therapies fact sheet.

Other immunotherapies combine other (non-antibody) immune system molecules and cancer-killing agents. For example, denileukin diftitox (ONTAK®) consists of the cytokine interleukin-2 (IL-2) attached to a toxin produced by the bacterium Corynebacterium diphtheria, which causes diphtheria. Denileukin diftitox uses its IL-2 portion to target cancer cells that have IL-2 receptors on their surface, allowing the diphtheria toxin to kill them.

How they are used: Many therapeutic antibodies have been approved to treat a wide variety of cancers.

How they work: Cancer treatment vaccines are designed to treat cancers that have already developed by strengthening the body’s natural defenses against the cancer. They are intended to delay or stop cancer cell growth; to cause tumor shrinkage; to prevent cancer from coming back; or to eliminate cancer cells that have not been killed by other forms of treatment.

The idea behind cancer treatment vaccines is that introducing one or more cancer antigens into the body will cause an immune response that ultimately kills the cancer cells.

Cancer treatment vaccines may be made from a patient’s own tumor cells (that is, they are customized so that they mount an immune response against features that are unique to a specific patient’s tumor), or they may be made from substances (antigens) that are produced by certain types of tumors (that is, they mount an immune response in any patient whose tumor produces the antigen).

The first FDA-approved cancer treatment vaccine, sipuleucel-T (Provenge®), is customized to each patient. It was designed to stimulate an immune response to prostatic acid phosphatase (PAP), an antigen that is found on most prostate cancer cells. The vaccine is created by isolating immune system cells called dendritic cells, which are a type of antigen-presenting cell (APC), from a patient’s blood. These cells are sent to the vaccine manufacturer, where they are cultured in the laboratory together with a protein called PAP-GM-CSF. This protein consists of PAP linked to a protein called granulocyte-macrophage colony-stimulating factor (GM-CSF), which stimulates the immune system and enhances antigen presentation.

Antigen-presenting cells cultured with PAP-GM-CSF are the active component of sipuleucel-T. These cells are infused into the patient. Although the precise mechanism of action of sipuleucel-T is not known, it appears that the antigen-presenting cells that have taken up PAP-GM-CSF stimulate T cells of the immune system to kill tumor cells that express PAP.

The first FDA-approved oncolytic virus therapy, talimogene laherparepvec (T-VEC, or Imlygic®), is also considered a type of vaccine. It is based on herpes simplex virus type 1 and includes a gene that codes for GM-CSF. Although this oncolytic virus can infect both cancer and normal cells, normal cells have mechanisms to kill the virus whereas cancer cells do not. T-VEC is injected directly into a tumor. As the virus replicates, it causes cancer cells to burst and die. The dying cells release new viruses, GM-CSF, and a variety of tumor-specific antigens that can stimulate an immune response against cancer cells throughout the body.

How they are used: Sipuleucel-T is used to treat prostate cancer that has metastasizedin men who have few or no symptoms and whose cancer is hormone refractory (does not respond to hormone treatment). T-VEC is used to treat some patients with metastatic melanoma that cannot be removed by surgery.

How they work: Immune-modulating agents enhance the body’s immune response against cancer. These agents include proteins that normally help regulate, or modulate, immune system activity; microbes; and drugs.

How they are used: Most immune-modulating agents are used for treatment of advanced cancer. Some are used as part of a supportive care regimen. For example, recombinant and biosimilar forms of GM-CSF and G-CSF are used in combination with other immunotherapies to strengthen anticancer immune responses by stimulating the growth of white blood cells.

What are the side effects of biological therapies?

The side effects of biological therapies mainly reflect the stimulation of the immune system and can differ by the type of therapy and by how individual patients react to it.

Pain, swelling, soreness, redness, itchiness, and rash at the site of infusion or injection are fairly common with these treatments. They can also cause an array of flu-like symptoms, including fever, chills, weakness, dizziness, nausea or vomiting, muscle or joint aches, fatigue, headache, occasional breathing difficulties, and lowered or heightened blood pressure. Some immunotherapies that provoke an immune system response also pose a risk of severe or even fatal hypersensitivity (allergic) reactions.

Potentially serious side effects of specific immunotherapies include:

What is the ongoing research on cancer immunotherapy?

Researchers are focusing on several major areas to improve the effectiveness of cancer immunotherapy, including:

Where can I find information about clinical trials of immunotherapies?

What are the next generation ADCs?

How do ADCs work?