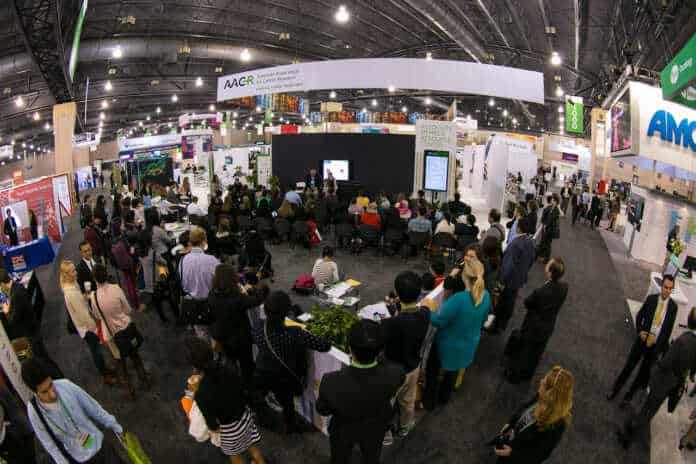 These data were presented in a late-breaking poster during the annual meeting of the American Association for Cancer Research (AACR) which was held April 18 – 22, 2015 in Philadelphia, PA.

XMT-1522 is a novel HER2-targeting therapy that carries an average of 15 proprietary auristatin payload molecules. The conjugate, optimized for payload delivery, utilizes a novel HER2-targeted antibody, which binds to a different epitope than existing anti-HER2 antibodies.

Fleximer technology
The investigational drug has the potential to address significant unmet needs and improve patient outcomes in multiple oncology indications. Fleximer-based immunoconjugate molecules, including XMT-1522, have shown to have superior efficacy, including with specific targets previously considered not to be amenable to antibody-drug conjugate approaches.

The Mersana’s Fleximer polymer, which serves as the backbone for the drug conjugates being developed by the company, dramatically improves drug solubility and pharmacokinetics as well as reduce immunogenicity and optimize drug load.

Linker chemistry
Researchers at Mersana also use a diverse array of linker chemistries to arm their drug conjugates with significantly higher loads of anti-cancer agents than conventional ADC technologies can do, as well as to potentially arm a single immunoconjugate with a combination of payloads. The custom-designed linkers allow researchers to control the rate, mechanism and localization of drug release, which can, potentially, increasing the efficacy and minimizing off-target adverse events and side effects.

Using a chemically distinct linker from the linkers used to attach the therapeutic payload, researchers can then attach an antibody, or alternative targeting moiety such as an antibody fragment, to the Fleximer backbone.  This approach makes it possible to attach a variety of targeting therapeutic agents to the Fleximer backbone which allows researchers to choose a specific agent that will most effectively reach, bind to and penetrate the targeted tumor cell.  By using separate linker chemistries to attach the targeting agent and drug payload, Mersana’s researchers can choose the best linkers for each of the task.

Combination therapies
One of the unique characteristics of XMT-1522 is that it is highly potent in tumor models that express relatively low amounts of the HER2. In a model representing HER2 1+ gastric cancer, XMT-1522 achieved complete, durable tumor regressions where ado-trastuzumab emtansine (T-DM1; Kadcyla ®/Genentech/Roche), an antibody drug conjugate approved to treat HER2-positive metastatic breast cancer, is inactive at a 15-fold higher dose. XMT-1522 has the potential to extend HER2-targeted therapy beyond the current “HER2-positive” population into patients with lower levels of HER2 expression.  More specific, a single doses of 1 mg/kg or 0.67 mg/kg of XMT-1522 showed complete regression in low HER2-expressing breast and gastric cancer models, where ado-trastuzumab emtansine was inactive at doses of 10 mg/kg and above.

Significant advantage
“XMT-1522, our lead clinical immunoconjugate candidate, exemplifies the significant advantages of Mersana’s Fleximer platform. It’s the first in a portfolio of targeted therapies we are working on to address unmet needs in cancer,” Anna Protopapas, President and Chief Executive Officer of Mersana, noted.

The company confirmed that an investigational new drug (IND) application is to be anticipated in the fourth quarter of 2015.