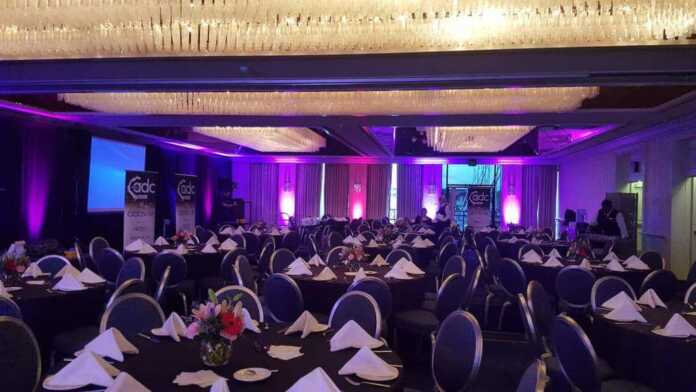 Experts in the field shared information on identifying novel tumor associated antigens, effectively translating into the clinic and ensuring readiness for commercial scale manufacturing of antibody-drug conjugates. One of the exciting – and festive – programs was the announcement of the winners of the the 2017 Annual World ADC Awards. 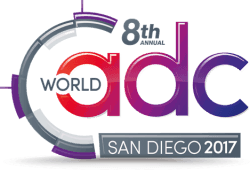 The Awards, across 9 categories recognizes the extraordinary endeavors, teamwork and commercial acumen that has propelled the field of antibody-drug development to the forefront of cancer research and beyond

This year, the awards ceremony, sponsored by AbbVie, Immunogen, Ambrx, and Medimmune, took place on September 21 at the Sheraton San Diego Marina. The Awardees were shortlisted from  over 1600 votes cast and scientific proposals from each submission  were evaluated by our Judging panel.

“Every year the judges are impressed with the level of innovation and scientific breakthroughs that these companies are driving. This year is no exception and we are delighted to see the calibre and quantity of entries – showing the growing momentum and advances being made within the industry,” noted Fiona Mistri, World ADC San Diego’s Program Director.

“The World ADC Awards showcase excellence within the antibody-drug conjugate-field. This year’s winners represent once again the dedication, leadership and innovation that exists in this crucial area of oncology therapeutics,”  said Jagath Reddy Junutula, Ph.D, Vice President of Research & Development at Cellerent Therapeutics and judge of the Awards.

Junutula is a recognized expert in antibody-drug conjugate development and most recently spent over 10 years at Genentech, where he led cross-functional R&D teams in both ADC and bi-specific antibody-based cancer immunotherapeutic programs in the Discovery Oncology, Research and Early Development Division.

“These Awards shine a spotlight on these companies leading the field and as a judge once again I was delighted to see the growing momentum and progress within the field,” Junutula added.

Lonza’s clear dedication to the antibody-drug conjugates promise of reduced systemic toxicity and improved clinical outcome has shaped the company’s investments and strategy, which, according to Lonza, will continue to evolve to help drug innovators deliver on the promise of more effective therapeutics to meet the unmet medical needs of (cancer) needs.

Most Promising Clinical Candidate
In the category ‘Most Promising Clinical Candidate‘ ImmunoGen won this year with their investigational agent mirvetuximab soravtansine, also known was IMGN853. The novel antibody-drug conjugate specifically targets folate receptor alpha (FRα)-expressing cancer cells and kills them with an anticancer agent known as the maytansinoid DM4.

Data from a pooled analyses of three Phase I expansion cohorts, as well as from a Phase Ib/II clinical study known as FORWARD II (NCT02606305) has shown encouraging activity in platinum-resistant ovarian cancer. In a subset including 36 patients meeting inclusion criteria, including platinum-resistant disease and medium or high levels of FRα, who had received prior therapy showed a response rate of 47% and a median progression-free survival of 6.7 months.

In 2016 the Mersana received an award of ‘Best ADC Platform Technology’ for the company’s Dolaflexin® technology. The awards recognized the company, the company’s scientific leadership and innovation within antibody-drug conjugate research.