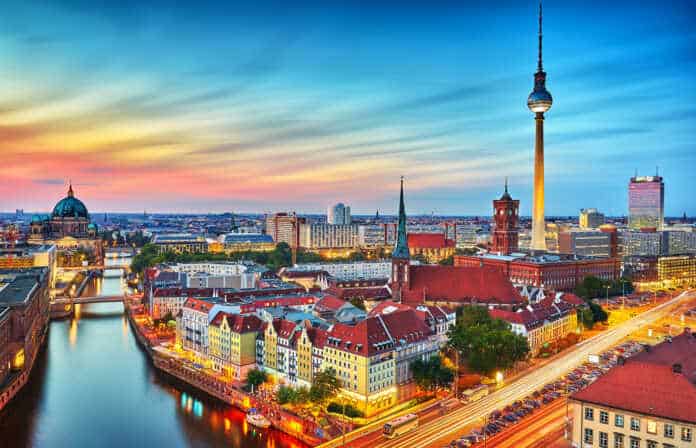 In just a few weeks  more that 300 delegates from more than 120 different organizations will gather together in Berlin, Germany, to attend the 7th World ADC conference (20 – 22 February).

For just a few days Berlin will be at the epicenter for innovation, emerging trends and insights for drug developers, regulators, scientists and researchers working on the development of the next-generation antibody-drug conjugates or ADCs.  In addition to covering the development of antibody-drug conjugates – from early discovery to clinical use and regulatory approval to manufacturing – the conference gives attendees the opportunity to connect and catch up with peers, build new business relationships and further important key partnerships.

Without a doubt, World ADC – both the European and American edition – has grown to be the definitive industry forum accelerating the development of novel and more therapeutically effective antibody-drug conjugates.

This year in Berlin, 64 experts will discuss:

Linker and Payload
The design of novel linkers and payloads, essential for the development of the Next-Gen ADCs, has been extensively discussed in past meetings and conferences.  During the upcoming meeting in Berlin, expects new information about the complexity and challenges associated with the development of novel linkers and payloads. Some of the novel, potent, payloads being developed to be an integral part of novel ADCs have picomolar [a] to femtomolar [b] IC50.  These novel payloads include pyrrolobenzodiazepine or pbd-dimers and 1,2,9,9a-tetrahydrocyclopropa[c]benz[e]indole-4-one (CBI) dimers.

CBI-dimers are part of a group of highly toxic antibiotics originating from CC-1065,  a lead compound isolated in 1978 by scientists at Upjon (now Pfizer) in trace quantities from the culture of Streptomyces zelensis.  Given its toxicity (it was found that it caused delayed deaths in experimental animals), CC-1065 could not be used to treat humans.  In an attempt to avoid the undesired side effects while retaining its potency against tumor cells, scientists modified the agent, which allowed them to develop various analogs, and in turn, leading to the development of novel drug candidates.[1] As reported during the conference in San Diengo, by further modifying the CBI dimers and linking it to an anti-CD33 antibody, scientist were able to develop a novel, efficacious ADC against MDR (+) ve in vivo models.

Expect experts to further discuss other linkers and payloads including various exatecan drivates (DXd1 and 2) being developed by scientists at Daiichi Sankyo, amanitin (an RNA polymerase II inhibitor isolated from mushrooms) by Heidelberg Pharma and cryptophycins, which are 5 – 10 times more potent than the already DM4 highly potent maytansinoid (DM4) and monomethyl auristatin E (MMAE). Other payloads to be discussed include Pfizer’s PF-06380101, a novel cytotoxic dolastatin 10 analogue and thailanstatins, a class of extremely potent splicesosome (RNA-polymerase II) inhibitors used in novel, linkerless ADCs designed to target HER+ gastric cancers.

Clinical development
According to the American Cancer Society,  an estimated 2,636 adults were, in 2016, diagnosed in the United States with acute lymphoblastic lymphoma or ALL. The overall prognosis for these patients is poor and new and effective treatments are urgently needed to meet their unmet medical needs. One of the potential treatments, inotuzumab ozogamicin (Pfizer; also known as CMC544), may improve outcomes for older patients with ALL. [2]

Advancing to the Clinic
Pre-clinical data may not always translate to clinical efficacy. Over the last decade, the high rate of attrition in clinical phase I and II means that only the best investigational agents advance to phase III.  But what is causing this attrition? Overall, scientists believe that making investigational ADCs safer and more efficacious will, ultimately, improve translation to the the clinic. And during the upcoming conference in Berlin, scientists will share the lessons they have learned from pre-clinical and clinical studies that can help in the development of the next-generation ADC and move the industry forward.

Expect reports of progress
Following the North American edition of the conference, held in San Diego, CA (October 10-13, 2017), a staggering amount of progress has been reported in the development of ADC-technology. With the development of novel compounds and Pfizer’s re-submission of their application for gemtuzumab ozogamicin (Mylotarg®) to European and American regulators (late January) as well as an overflowing pre-clinical pipeline, 2017 is expected to be an exciting year.

The program of World ADC in Berlin program is expected to reflect the progress made as well as discuss novel innovations of the rapidly diversifying payload, linker and antibody technologies transferring from pre-clincal development to the clinic.

Based on exciting industry developments, we’ve marked World ADC in Berlin as a ‘must attend’ event in 2017!