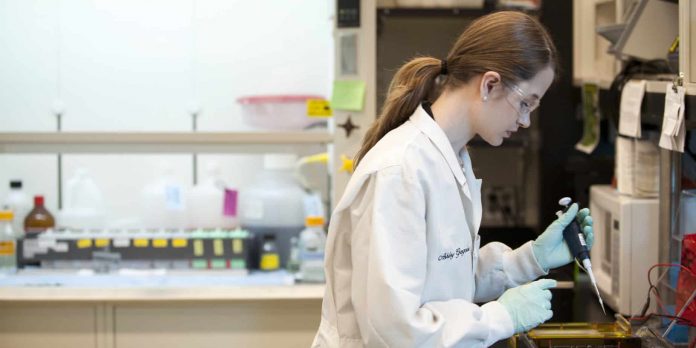 Highlighted in three oral data presentations during the 58th annual meeting of the American Society of Hematology, being held in San Diego, CA, December 3 – 6, 2016,  key clinical researchers confirmed that vadastuximab talirine (SGN-CD33A; 33A), a novel, investigational antibody-drug conjugate being developed by Seattle Genetics,  is well-tolerated with rapid, high remission rates for patients with Acute myeloid leukemia or AML.

Acute myeloid leukemia, also called acute myelocytic leukemia or AML, is an aggressive cancer of the bone marrow and blood that progresses rapidly without treatment. Cancerous cells called leukemic blasts multiply and crowd out normal cells in the bone marrow and interfere with normal blood cell production leading to anemia, infection, and bleeding.

According to the SEER database and Kantar Health Sciences, in 2016 approximately 33,000 new cases of AML, the majority in adults, will be diagnosed in the U.S. and Europe.

In the U.S. alone, nearly 10,500 deaths will occur from AML this year. For the last 40 years, treatment has remained virtually unchanged and frontline treatment consists primarily of chemotherapy. A subset of patients (typically those over 60 years of age) cannot tolerate such an aggressive therapy and are typically given lower intensity therapies agents, supportive care, or are recommended for clinical trials.

Investigational drug
Vadastuximab talirine is an investigational antibody-drug conjugate targeted to CD33, a protein also known as Siglec-3 (sialic acid binding Ig-like lectin 3). The protein, a transmembrane receptor, is expressed on leukemic cells in nearly all AML patients. Furthermore, CD33 is expressed on most AML and MDS blast cells.

The novel, investigational drug utilizes Seattle Genetics’ proprietary ADC technology. The CD33 engineered cysteine antibody is stably linked to a highly potent DNA binding agent called a pyrrolobenzodiazepine (PBD) dimer via site-specific conjugation technology (EC-mAb). PBD dimers are significantly more potent than systemic chemotherapeutic drugs and the EC-mAb technology allows uniform drug-loading. One of the unique features of the drug is that it is designed to be stable in the bloodstream and that it only releases the potent cell-killing PBD agent upon internalization into CD33-expressing cells.

Vadastuximab talirine was granted Orphan Drug Designation by both the U.S. Food and Drug Administration (FDA) and the European Commission for the treatment of AML. FDA orphan drug designation is intended to encourage companies to develop therapies for the treatment of diseases that affect fewer than 200,000 individuals in the United States.

Clinical development
Seattle Genetics is broadly evaluating vadastuximab talirine across multiple lines of therapy in patients with myeloid malignancies. In addition to the clinical trials presented at ASH this year, the trial drug is currently being evaluated in combination with HMAs in the ongoing global phase III CASCADE study.

CASCADE Trial
The CASCADE Trial is a randomized, double-blind, study being conducted at multiple centers globally to evaluate if vadastuximab talirine in combination with azacitidine or decitabine can extend overall survival compared to azacitidine or decitabine alone in approximately 500 older patients with newly diagnosed AML. Additional phase I and II clinical trials for frontline younger AML and frontline myelodysplastic syndrome (MDS) are also underway.

“We are pleased with the growing body of data demonstrating that vadastuximab talirine, also known as 33A, has a promising overall tolerability and activity profile in clinical trials for patients with AML,” said Jonathan Drachman, M.D., Chief Medical Officer and Executive Vice President, Research and Development at Seattle Genetics.

“We are committed to improving the therapeutic options for AML patients through innovative, targeted approaches. Our most advanced 33A clinical study, CASCADE, is a randomized phase III trial designed to test vadastuximab talirine in combination with hypomethylating agents, or HMAs, in approximately 500 older patients with newly diagnosed AML. Based on the encouraging data presented at ASH, we believe vadastuximab talirine has the potential for clinical development in multiple AML settings, with the goal of providing new treatment options for patients struggling with this aggressive and life-threatening disease,” Drachman added.

Meaningful change
“AML therapy has not meaningfully changed over the past 40 years, and there is a dire need for improved treatment options. Older AML patients have a particularly poor prognosis with the standard of care, hypomethylating agents or HMAs,” said Amir Fathi, M.D., Massachusetts General Hospital Cancer Center.

These outcomes for AML patients who are older or ineligible to receive standard chemotherapy remain poor. HMAs are frequently used in this setting, but efficacy is limited. Updated results from an ongoing phase 1 study evaluating 33A in combination with HMAs (either azacitidine or decitabine) in newly diagnosed older AML patients were presented by Dr. Amir Fathi, Massachusetts General Hospital Cancer Center.

“I am pleased with the balance of activity and tolerability we have observed in phase I clinical trials evaluating vadastuximab talirine both as monotherapy and combination therapy in AML patients. For older patients with newly diagnosed AML, the 73% remission rate of vadastuximab talirine in combination with hypomethylating agents, with 50% of those patients negative for minimal residual disease, signals promise in improving long-term outcomes,” Fathi added.

During the annual meeting of the American Society of Hematology, scientists demonstrated that vadastuximab talirine in combintion with hypomethylating agents was well-tolerated with high remission rate in frontline older patients with acute myeloid leukemia [1]

Frontline
Data were reported from 53 frontline AML patients with a median age of 75 years and predominantly intermediate or adverse cytogenetic risk who had declined intensive therapy. Regarding additional poor-prognosis indicators, 42% of patients had evidence of underlying myelodysplasia, 11% had FLT3-mutated disease and 43% had secondary AML, which is AML that arises from prior chemotherapy, a pre-existing MDS or myeloproliferative disease.

The result showed that of 49 patients evaluable for response, complete remission (CR) or CR with incomplete platelet or neutrophil recovery (CRi) was observed in 36 patients (73%).
Remissions were observed in higher-risk patients, including 17 of 22 patients (77%) with secondary AML, five of five patients (100%) who were FLT3/ITD positive and 17 of 26 patients (65%) age 75 or older. Eighteen of the 36 patients (50%) who achieved remission (CR or CRi) were negative for minimal residual disease (MRD), which means no cancer could be detected with a sensitive test.

With a median follow-up of 14.7 months, median overall survival for all patients was 11.3 months and 28% of patients remained alive and on study as of last follow-up. The 30- and 60-day mortality rates were two and eight percent, with no treatment-related deaths occurring during that time.

For patients who achieved MRD-negative remission, the median survival had not yet been reached.

Interim results from 93 patients in the ongoing phase I study evaluating vadastuximab talirine monotherapy in AML patients were previously presented at the 2015 ASH Annual Meeting. New results describing the safety and activity of the recommended monotherapy dose of 40 micrograms per kilogram (mcg/kg) in an expansion cohort of treatment-naïve older AML patients were presented by Anjali Advani M.D., a staff physician in the Department of Hematologic Oncology and Blood Disorders and Director of the Inpatient Leukemia Program at the Cleveland Clinic in Cleveland, Ohio.

Advani presented data from 27 treatment-naïve older AML patients with a median age of 74 years and intermediate or adverse cytogenetic risk of 70% and 26%, respectively. Regarding additional poor-prognosis indicators, 48% of patients had evidence of underlying myelodysplasia and 22% had FLT3 mutated disease. The data showed that of the 26 patients evaluable for response, remission (CR or CRi) was observed in 15 patients (58%). The median time to remission was 1.4 months.

Forty-three percent of patients who achieved remission were MRD negative.
Responses were observed in higher-risk patients, with remissions achieved in seven of 12 patients (58%) with underlying myelodysplasia and three of four patients (75%) who were positive for FLT3/ITD.

The 30- and 60-day mortality rates were zero and 15 percent, respectively. The median overall survival for all patients was seven months.

The most common Grade 3 or higher treatment-emergent adverse events occurring in 20% or more of patients were thrombocytopenia, febrile neutropenia and anemia. The most common Grade 1 and 2 treatment-emergent adverse events occurring in 20 percent or more of patients were peripheral edema, decreased appetite, fatigue, diarrhea and dizziness.

Maintenance and in Combination with Standard Consolidation
Interim results from an ongoing phase Ib study evaluating vadastuximab talirine as a single dose maintenance therapy and in combination with consolidation therapy with high-dose cytarabine (HiDAC) for patients with AML in the post-remission setting, were presented by Jay Yang M.D., a member of the Malignant Hematology Multidisciplinary Team at the Barbara Ann Karmanos Cancer Institute and assistant professor in the departments of hematology and oncology at Wayne State University, Detroit, Michigan.

Although the media OS was not yet reached in this study, the researchers concluded that vadastuximab talirine can be safely administered in combination with HiDAC and as monotherapy in the post-remission setting. They also concluded that, in combination with HiDAC, non-hematologic toxicities of vadastuximab talirine were consistent with effects reported with HiDAC alone. Furthermore, the researchers noted that, as a single agent, vadastuximab talirine administered as maintenance post-chemotherapy and/or alloSCT results in predictable on-target myelosuppression, with mild non-hematologic adverse effects.

A Successful Liaison between Chemistry and Biology