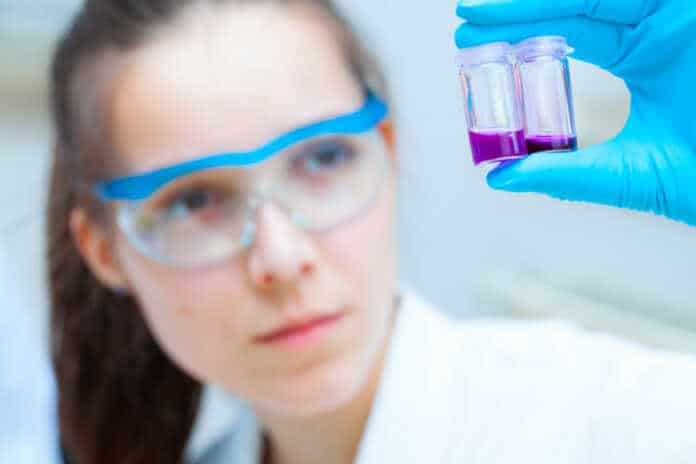 A new phase I/II clinical trial of vadastuximab talirine, also known as SGN-CD33A; 33A (Seattle Genetics), in combination with azacitidine (Vidaza®; Celgene Corporation) in patients with previously untreated myelodysplastic syndrome (MDS) has been initiated to evaluate the safety and activity of the combination therapy.

The prognosis is directly related to the number of the bone marrow blast cells, to certain cytogenetic abnormalities, and to the amount of peripheral blood cytopenias.  With fewer healthy blood cells, infection, anemia, or easy bleeding may occur.  In about one-third of patients, MDS can progress to a rapidly growing cancer of the bone marrow cells and is reclassified as acute myeloid leukemia (AML), which broadly expresses CD33, with myelodysplastic features when blood or bone marrow blasts reach or exceed 20%.  Many patients succumb to complications of cytopenias before progression to this stage. And according to the American Cancer Society, in 2016 more than 19,500 new cases of MDS will be diagnosed and more than 10,000 deaths will occur as a result of this disease. [1]

Myelodysplastic syndromes occur predominantly in older patients (usually those older than 60 years), with a median age at diagnosis of approximately 70 years, but patients as young as 2 years have been reported.[1]

Clinical features generally include anemia, bleeding, easy bruising, and fatigue are common initial findings. Splenomegaly or hepatosplenomegaly may indicate an overlapping myeloproliferative neoplasm. In approximately 50% of all patients with MDS a detectable cytogenetic abnormality, most commonly a deletion of all or part of chromosome 5 or 7, or trisomy 8, is observed. Single-nucleotide polymorphism array technology may increase the detection of genetic abnormalities to 80%. Although the bone marrow is usually hypercellular at diagnosis, 10% of patients present with a hypoplastic bone marrow. Hypoplastic myelodysplastic patients tend to have profound cytopenias and may respond more frequently to immunosuppressive therapy. [1]

Vadastuximab talirine, a new approach
A new drug called vadastuximab talirine is expected to change this.  The novel agent is an antibody-drug conjugate (ADC), a monoclonal antibody linked to a cytotoxic agent that is designed to selectively deliver cell-killing agents directly to tumor cells. This approach is intended to spare non-targeted, healthy and non-cancerous cells and thus reduce many of the toxic effects of traditional chemotherapy while enhancing antitumor activity.  The novel drug, which targeted targeted to CD33, utilizes Seattle Genetics’ newest technology, comprising an engineered cysteine antibody (EC-mAb) stably linked to a highly potent DNA binding agent known as a pyrrolobenzodiazepine (PBD) dimer. Scientists believe that that this approach may help advance the treatment of AML [2]

Hypomethylating agent
The new trial includes azacitidine, a hypomethylating agent (HMA) commonly used in the treatment of MDS. Although HMAs have significantly improved the outcomes in patients with MDS, on average, prolonging survival by a median of only 9.5 months, only half achieve objective responses. Unfortunately most responders lose response within 1–2 years.

Of the two approved HMAs for the treatment of MDS (azacitidine and decitabine), only azacitidine has been shown to prolong survival in comparison to conventional care regimens. However, because failure of HMA therapy is associated with a very dismal prognosis. The median overall survival, after azacitidine  failure is between 5.6 and 4.3 months, hence novel therapeutic approaches are clearly needed. [3]

“In our phase I AML clinical trial evaluating 33A plus HMAs, we have observed encouraging tolerability and depletion of blasts from the bone marrow in many patients, and we recently presented preclinical data demonstrating synergistic activity of [vadastuximab talirine] plus HMAs (either azacitidine or decitabine). Expanding our clinical evaluation of 33A in MDS is part of a broad clinical development strategy to establish 33A as the foundation of care for patients with myeloid malignancies,” Drachman added.

The primary endpoint in phase I is determination of the recommended vadastuximab talirine dose in combination with azacitidine. The primary endpoint in phase II is to compare the overall response rate between the two treatment arms. The secondary endpoints include evaluation of safety, best response, duration of response, progression-free survival and overall survival. The phase I/II trial will enroll approximately 130 patients at approximately 35 centers in North America.

Other trials
As part of a clinical development program Seattle Genetics is evaluating vadastuximab talirine broadly across multiple lines of therapy in patients with acute myeloid leukemia (AML) and MDS. The trials include a phase I trial in combination with HMAs in AML patients who have relapsed/declined intensive frontline therapy or are newly diagnosed, a phase Ib trial in combination with standard of care intensive chemotherapy (including cytarabine and daunorubicin) for younger fit patients with AML, a phase I/II trial in patients with relapsed or refractory AML in which scientists evaluate the novel trial drug as a  monotherapy as a pre-conditioning regimen prior to an allogeneic stem cell transplant and also for use as maintenance therapy following transplant.  A phase III clinical trial to designed to evaluate vadastuximab talirine in combination with HMAs in previously untreated older AML patients is planned to begin by the third quarter of 2016.