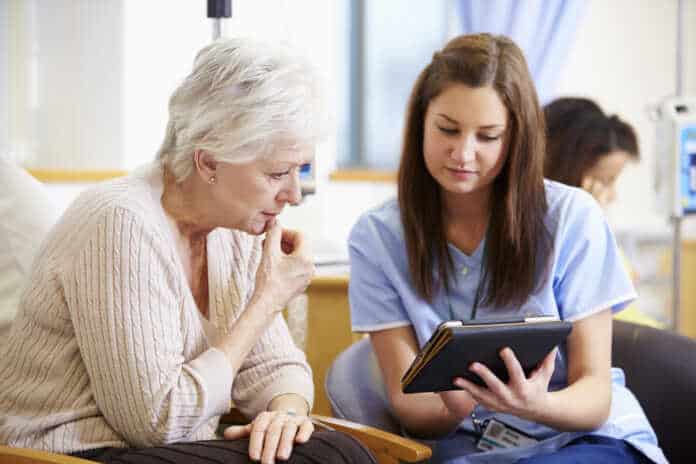 Phase I clinical data from a study evaluating vadastuximab talirine, also known as SGN-CD33A or 33A in combination with hypomethylating agents (HMAs; azacitidine, decitabine) in frontline patients with acute myeloid leukemia, also called AML who had declined intensive therapy were highlighted at the 21st Congress of the European Hematology Association (EHA) held in Copenhagen, Denmark, June 9-12, 2016. [1] 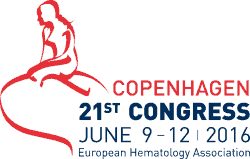 Acute myeloid leukemia is an aggressive type of cancer of the bone marrow and blood that progresses rapidly without treatment. AML is a cancer that starts in the cells that are supposed to mature into different types of blood cells. AML starts in the bone marrow (the interior part of bones, where new blood cells are made) and quickly moves into the blood. According to the American Cancer Society, in 2016 approximately 20,000 new cases of AML (mostly in adults) will be diagnosed and nearly 10,500 deaths will occur from AML (almost all will be in adults).[2]

Acute myeloid leukemia is generally a disease of older people and is uncommon before the age of 45. The average age of a patient with AML is about 67 years. The disease is slightly more common among men than among women, but the average lifetime risk in both sexes is less than ½ of 1%. [2]

PBD dimers are significantly more potent than systemic chemotherapeutic drugs and the site-specific conjugation technology (EC-mAb) allows uniform drug-loading of the cell-killing PBD agent to the anti-CD33 antibody. The ADC is designed to be stable in the bloodstream and to release its potent DNA binding agent upon internalization into CD33-expressing cells.

The target, CD33, is expressed on leukemic blasts in nearly all patients with acute myeloid leukemia and myelodysplastic syndromes (MDS) with expression generally consistent regardless of age, cytogenetic abnormalities or underlying mutations.

CASCADE Trial
Based on data from the ongoing phase I clinical trial, a phase III clinical trial, called CASCADE, was recently initiated evaluating vadastuximab talirine in combination with HMAs in previously untreated AML patients who where no candidates for intensive induction chemotherapy. [3][4]

The investigational drug is also being evaluated broadly across multiple lines of therapy in patients with myeloid malignancies, including ongoing and planned phase I and II clinical trials for newly diagnosed or relapsed AML and for previously untreated myelodysplastic syndrome (MDS).

Outcomes
The outcomes for patients with AML who are not candidates for intensive chemotherapy or allogeneic stem cell transplant are dismal. Low intensity treatment options, including HMAs, are limited.  During the 21st Congress of the European Hematology Association

Amir Fathi, M.D., investigator of the phase I trial who presented the new study data, showed that from 53 frontline unfit AML patients with a median age of 75 years and intermediate or adverse cytogenetic risk who had declined intensive therapy forty-five percent of patients had evidence of underlying myelodysplasia. Key findings presented by Amir Fathi include:

Current standard
“Hypomethylating agents, or HMAs, are the current standard of care for AML patients who are not able to tolerate intensive therapy. HMAs have limited benefit, with low response rates and median

“We believe that adding [vadastuximab talirine] to HMAs may improve efficacy and has the potential to redefine the treatment of AML. The clinical data at ASH showing high response rate, manageable tolerability profile and low early mortality reported have been maintained in this larger data set, and support our recently initiated phase III CASCADE clinical trial, which is now enrolling patients,” Drachman added.

Amir Fathi  added: “There is a dire need to improve outcomes for patients with AML. The anti-leukemic activity we have observed in the phase I clinical trial evaluating [vadastuximab talirine] combination therapy in AML patients continues to be encouraging. This is an incredibly difficult disease to treat and the results to-date continue to show a balance of activity and tolerability together with low early mortality rates.”

“The data presented suggest that the addition of [vadastuximab talirine] improves the rates of response and durable remissions in comparison to that seen historically from using the current standard of care alone,” he added.

Glythera and Cancer Research UK Collaborate in the Development of “Next-Gen”...