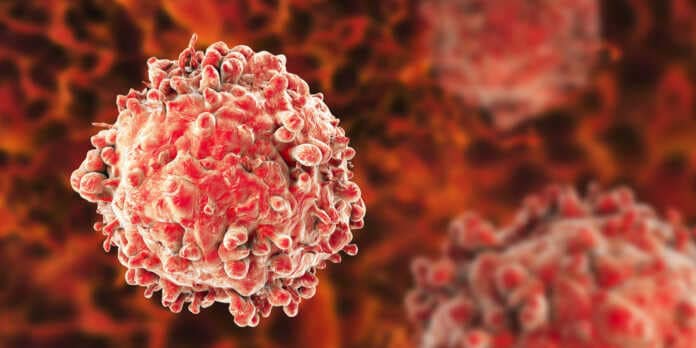 Acute lymphoblastic leukemia (ALL) is an aggressive type of leukemia with a poor prognosis in adults.[1] The current foundational treatment is intensive, long-term chemotherapy.[2] In 2017, it is estimated that 5,970 cases of ALL will be diagnosed in the United States, with about 2 in 5 cases occurring in adults.[3] Approximately 20 to 40% of newly diagnosed adults with ALL are cured with current treatment regimens.[4] For patients with relapsed or refractory adult ALL, the five-year overall survival rate is less than 10%.[5]

The approval was based on data from INO-VATE ALL (NCT01564784; INotuzumab Ozogamicin trial to in VestigAte Tolerability and Efficacy), a randomized (1:1), open label, international, multicenter study in 326 patients with Philadelphia chromosome-negative or Philadelphia chromosome-positive relapsed or refractory B-cell precursor ALL. Patients were required to have ≥5% bone marrow blasts and to have received one or two previous induction chemotherapy regimens for ALL.

In this trial, patients with Philadelphia chromosome positive B cell precursor ALL were required to have disease that failed treatment with at least one tyrosine kinase inhibitor and standard chemotherapy.

The most common (≥2%) adverse reactions reported as the reason for permanent discontinuation were infection, thrombocytopenia, hyperbilirubinemia, transaminases increased, and hemorrhage.

The recommended dosing for subsequent cycles depends on response to treatment. Details are available in the full prescribing information. [6]

Breakthrough Therapy
A Biologics License Application (BLA) for inotuzumab ozogamicin was accepted for filing and granted Priority Review by the U.S. Food and Drug Administration (FDA) in February 2017.

In October 2015 inotuzumab ozogamicin received Breakthrough Therapy designation from the FDA in for ALL. Priority Review status accelerates FDA review time from 10 months to a goal of six months from the day of acceptance of filing, and is given to drugs that may offer major advances in treatment or may provide a treatment for which no adequate therapy exists. The Prescription Drug User Fee Act (PDUFA) goal date for a decision by the FDA is in August 2017.

Antibody-drug conjugate
Inotuzumab ozogamicin is an antibody-drug conjugate (ADC) comprised of a monoclonal antibody (mAb) targeting CD22, a cell surface antigen expressed on cancer cells in almost all B-ALL patients, linked to a cytotoxic agent.[7] When BESPONSA binds to the CD22 antigen on B-cells, it is internalized into the cell, where the cytotoxic agent calicheamicin is released to destroy the cell.[8]

The drug originates from a collaboration between Pfizer and Celltech (now UCB). Under the terms of this agreement, Pfizer has sole responsibility for all manufacturing and clinical development activities of the agent. Pfizer also collaborated with SFJ Pharmaceuticals Group on the registrational program (INO-VATE ALL) for inotuzumab ozogamicin.

Proof-of-Concept: A Novel Strategy for the Production of Site-specific Antibody-drug Conjugates