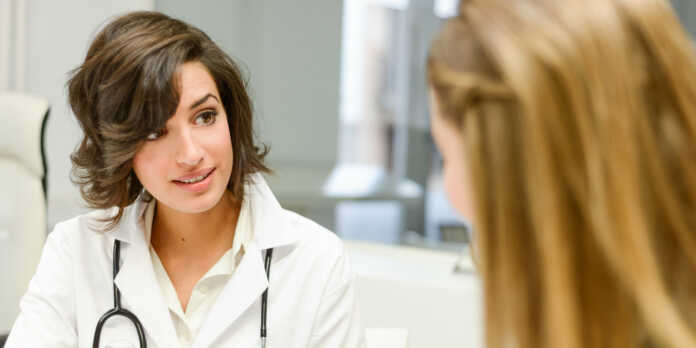 Triphase Accelerator, a company dedicated to acquiring and developing novel therapeutics for the treatment of cancer, and Catalent, the leading global provider of advanced delivery technologies and development solutions for drugs, biologics and consumer health products, today announced that Triphase Accelerator’s TRPH-222, a site-specific anti-CD22 antibody-drug conjugate (ADC) for the treatment of patients with lymphoma, has been dosed in the first patient in a Phase I clinical trial. [1]

CD22, the target for TRPH-222, is a B-cell-restricted sialo-glycoprotein that is an important modulator of B-cell signaling and survival, and is expressed on nearly all B-cell malignancies. CD22 is a clinically validated ADC target with potential in Non-Hodgkin lymphoma (NHL) and acute lymphoblastic leukemia (ALL).

Combination
The compound itself combines a humanized antibody, modified for site-specific conjugation to a cytotoxic payload using Hydrazino-Pictet-Spengler (HIPSTM) chemistry and a proprietary linker. The HIPSTM ligation has two distinct advantages over hydrazone and oxime ligations. First, it proceeds quickly near neutral pH, allowing for one-step labeling of aldehyde-functionalized proteins under mild conditions. Second, the product is very stable (>5 days) in human plasma relative to an oxime-linked conjugate (∼1 day), as demonstrated by monitoring protein-fluorophore conjugates by ELISA.  As a result, HIPSTM ligation exhibits a combination of product stability and speed near neutral pH that is unparalleled by current carbonyl bioconjugation chemistries.[2]

Pre-clinical data have shown that this optimization of payload placement and linker composition, combined with the stability afforded by HIPS chemistry, leads to better tolerability and expanded therapeutic index.

The technology employs natural co-translational modifications found in human cells to create one or more attachment sites at designated positions on protein molecules. These chemical “handles’’ are then stably conjugated to payloads (e.g., cytotoxic or effector) to prevent their systemic release.

Catalent acquired Redwood Bioscience, Inc. in 2014 after which Triphase Accelerator obtained the worldwide rights to further develop this program and subsequently announced that Celgene had obtained the option to acquire all rights to the program as part of an expanded strategic collaboration.

Multi-center Open-label trial
The Phase I clinical trial is a multi-center, open-label study of TRPH-222 monotherapy in patients with relapsed and/or refractory B-cell non-Hodgkin lymphoma (NHL). The study will be conducted in two stages. The first stage is a dose-escalation stage which is followed by a and dose-expansion stage.

Phase I trials represent the first application of a new drug or drug combination to humans and as such are the foundation of a successful clinical drug development process, including TRPH-222.[3]

The main goal of the phase I trial is to establish the recommended dose and/or schedule of TRPH-222 for a future phase II trial. The guiding principle for dose escalation in the phase I trial is to avoid exposing too many patients to subtherapeutic doses while, at the same time, preserving safety and maintaining rapid accrual. [3]

Additional sites are planned to support the dose-expansion stage.

“We are thrilled to advance the first SMARTag® ADC into human clinical trials and evaluate its potential for better tolerability and an expanded therapeutic index as compared to conventional ADCs” said Dr. Mathias Schmidt, Executive Vice President and Head of Research & Development of Triphase Accelerator.

“We look forward to assessing the potential clinical benefit of TRPH-222 in patients with relapsed/refractory B-cell lymphoma and remain convinced that this molecule can play an important role in the future treatment of lymphoma,” Schmidt added.

“We are excited to see Triphase Accelerator reach this important milestone with TRPH-222,” added Mike Riley, Vice President and General Manager, Catalent Biologics. “The SMARTag® technology has the potential to create ADCs with significantly higher tolerability and expanded therapeutic index. The improved conjugate stability and biophysical characteristics of TRPH-222 has translated to improved tolerability in preclinical testing, and we look forward to further validation in the clinic.”

How the Next Generation Antibody Drug Conjugates Expands Beyond Cytotoxic Payloads...