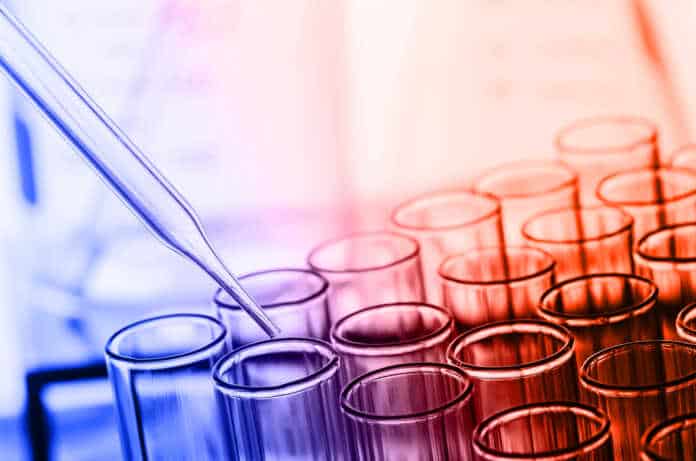 A team led by Rice University‘s synthetic organic chemist K.C. Nicolaou has developed a new process for the synthesis of a series of potent anti-cancer agents, inhibiting the growth of cultured human cancer cells.

These novel agents, called trioxacarcins, are an emerging class of molecules.They were first isolated first in 1981 by Tomita and Tamaoki et al.[1] and elucidated in the following year by Shirgahata and Iida et al.[2].

Their potent antiproliferative effects, according to scientists, may be derived from their ability to covalently modify duplex DNA. All trioxacarcins are polyoxygenated, structurally complex natural products that appear to be derivatives of the aglycone, which is itself a bacterial isolate referred to in the patent literature as a nonglycosylated natural product known as DC-45-A2.[3][4]

Nicolau and his team of researchers have found ways to replicate rare, naturally occurring compounds in larger amounts so they can be studied by biologists and clinicians as potential new medications for the treatment of patients with cancer. The researchers also seeks to fine-tune the molecular structures of these compounds through analog design and synthesis to improve their disease-fighting properties and lessen their adverse effects.

One of these novel compounds include trioxacarin. In a report published in the Journal of the American Chemical Society, Nicolau and his team, including his co-authors Quan Cai, Shugao Zhu and Bo Qin and former visiting student Hongbao Sun, report findings of their synthesis of trioxacarcins.[5]

“Not only does this synthesis render these valuable molecules readily available for biological investigation, but it also allows the previously unknown full structural elucidation of one of them,” Nicolaou noted.

“The newly developed synthetic technologies will allow us to construct variations for biological evaluation as part of a program to optimize their pharmacological profiles,” he continued.

“At present, there are no drugs based on trioxacarcins, which damage DNA through a novel mechanism,” Nicoloau said.

Streptomyces bottropensis
Trioxacarcins are a new class of DNA-modifying natural products with potent anti proliferative effects (with subnanmolar IC70 values against lung, mammary, and CNS cancer cell lines). They were discovered in the fermentation broth of the bacterial strain Streptomycin bottropensis, a bacterium species from the genus of Streptomyces which has been isolated from soil.

Trioxacarcins disrupt the replication of cancer cells by binding and chemically modifying their genetic material.  To date, fewer than a dozen trioxacarcins have been identified.

“These molecules are endowed with powerful anti-tumor properties,” Nicolaou explained. “They are not as potent as shishijimicin, which we also synthesized recently, but they are more powerful than taxol, the widely used anti-cancer drug. Our objective is to make it more powerful through fine-tuning its structure.”

Nicoloau said his lab is working with a biotechnology partner to pair these cytotoxic compounds to cancer cell-targeting antibodies through chemical linkers. This process produces novel antibody-drug conjugates to treat cancer patients.

“It’s one of the latest frontiers in personalized targeting chemotherapies,” Nicolau observed, who earlier this year won the prestigious Wolf Prize in Chemistry.