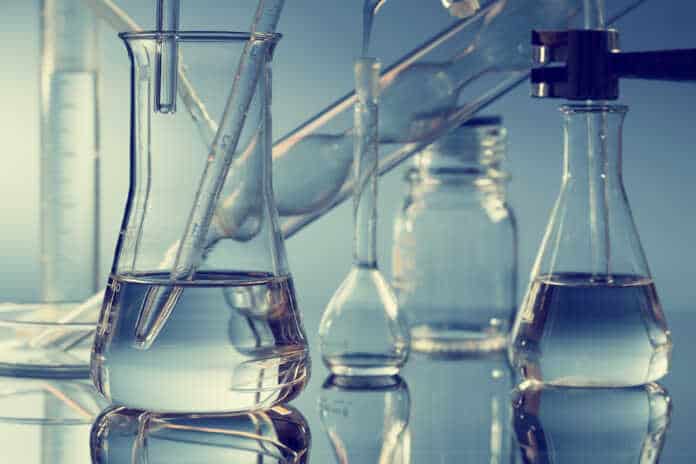 The new laboratory facilitates the synthetic modification and safe handling of highly potent anti-cancer payloads and their site-specific attachment to antibodies.  And it allows the company, which focuses exclusively on the development of novel, industry-leading antibody-drug conjugate (ADC) technology, to generate gram-scale batches of ADCs for preclinical use.

Capabilities
“The …[opening of our] high potency laboratory marks an important event in the evolution of the company’s research and development capabilities,” explained Floris van Delft, Chief Scientific Officer of Synaffix and special professor of Bioconjugate Chemistry at Wageningen University in Wageningen, The Netherlands. “Coupled with the preexisting speed of our GlycoConnect™ technology to generate ADC material as fast as couple of weeks, the increased scale and ongoing commitment to safety will further enhance our ability to support a growing number of collaborations with biotech and pharma companies,” Van Delft added.

Technology
The company’s two proprietary technology platforms, GlycoConnect and HydraSpace™, expand the therapeutic index (TI) of ADCs without the need for antibody engineering, while, at the same time, retaining the versatility to utilize any IgG isotype and payload class.

Site-specific conjugation
GlycoConnect represents a site-specific conjugation technology that employs the native antibody glycan for efficient attachment of cytotoxic payloads, resulting in ADCs that come with an expanded therapeutic index compared to current, marketed, approaches and novel ADCs in preclinical and clinical development. [1]

Today, the vast majority ADC in clinical trials are based on conjugation of a payload to naturally available amino acid side-chains through solvent exposed lysine residues (via succinimide ester derivatization) or interchain cysteine residues (maleimide chemistry), leading to a stochastic distribution of drug–to-antibody ratio (DAR) between 0 and 8 (with an average between 3 – 4). [2][3] However, studies have shown that random conjugation has a negative impact on efficacy of an antibody-drug conjugate.  ADCs with a DAR >4 have an increased tendency to aggregate. This negatively impacts the in vivo characterization and clearance rates and results in a low therapeutic index.[3]

A better understanding of conjugation chemistry and the underlying biologies have helped scientists advance the technologies used in the development of first- and second-generation ADCs, leading to new approaches, including considerable emphasis on site-specific conjugation, to ensure homogenous ADCs with well-defined DARs. [3] Among these emerging technologies is Synaffix’s novel, proprietary, approach, which, for example, includes a robust, generally applicable, nongenetic technology designed to convert monoclonal antibodies (mAbs) into stable and homogeneous ADCs.

Starting from a non engineered, native, monoclonal antibody, a chemoenzymatic protocol allows for the highly controlled attachment of any given payload to the N-glycan residing in the Cγ2 domain [asparagine 297 (Asn297)].  The process comprises two stages, including enzymatic remodeling (trimming and tagging with azide), followed by ligation of the payload based on copper-free click chemistry.[4]

The technology is applicable to any immunoglobulin G (IgG) isotype irrespective of glycosylation profile. Application to trastuzumab and maytansine, both components of ado-trastuzumab emtansine (Kadcyla®; Genentech/Roche) a targeting antbody-drug conjugates for the treatment of patents with HER2-positive metastatic breast cancer, demonstrates a favorable in vitro and in vivo efficacy for Synaffix’s GlycoConnect ADCs. The superiority of the native glycan as attachment site was further demonstrated by in vivo comparison to a range of trastuzumab-based glycosylation mutants.[4]

According to scientists at Synaffix, side-by-side comparison of the copper-free click probes bicyclononyne (BCN) and a dibenzoannulated cyclooctyne (DBCO) confirmed a surprising difference in conjugation efficiency in favor of BCN.[4]  Optimizing metal-free click chemistry between cyclooctynes and azides in conjunction with Synaffix’s GlycoConnect for conjugation of potent cytotoxins site-specifically to monoclonal antibodies, results in a conjugate featuring an aromatically stabilized triazole which, by virtue of its high stability, provides a powerful alternative to cysteine-maleimide conjugation chemistry.

The introduction of electron-withdrawing fluoride substitutions onto the azide further enhances the technology. In various studies, the resulting mAb-conjugates were  highly stable, which in combination with the demonstrated efficacy warrants ADCs with a superior therapeutic index.[4]

Payload-enhancing linker
The second technology being developed by Synaffix is HydraSpace, a payload-enhancing linker designed further differentiate the GlycoConnect technology from alternative approaches.  This process does not require genetic modification of the antibody.  This key advantage significantly reduces development timelines, and, as a result, enables proof of concept ADCs to be generated from existing antibody material in a matter of weeks while retaining absolute versatility with respect to the combination of antibodies and payloads possible.[4]

Boosting efficacy
Comparing the highly polar nature of HydraSpace to polyethylene glycol (PEG) shows a significantly increase in the conjugation efficiency of highly hydrophobic payloads, while, at the same time, reducing the aggregation propensity of the resulting ADC. Furthermore, scientists have, in several occasions, seen a significant boost in efficacy of ADCs, compared to its PEG-based alternatives.[4]

Increase drug loading
HydraSpace uses novel proprietary linkers. The technology enables the most challenging hydrophobic payloads to be efficiently conjugated to antibodies. According to Synaffix’ s scientists, the result is the generation of stable ADCs at the desired drug-to-antibody ratio (a homogeneous DAR 2 or DAR 4). Furthermore, the novel technology makes it possible to increase drug loading using two different drugs with varying mechanism of action to be incorporated into a single therapeutic ADC (DAR 2+2 “dual-payload” ADCs) by a single conjugation event.  Studies have shown that this designed provides superior outcomes compared to the co-administration of the two active components separately.[4]

During the upcoming ADCs and Cancer Immunotherapy Summit organized by the Vonlanthen Group, which is being held in Vienna, Austria on February 25 – 26, 2016, Synaffix’s CSO Van Delft will present a case study discussing how non-genetic glycan conjugation leads to ADCs with an improved therapeutic index.

“We’re proud to share [our] results … [The] data … supports the superior therapeutic index of ADCs achieved using our proprietary technology compared to [currently] marketed ADCs. With the scalability required for clinical and commercial manufacturing already established … our technology is … just one step away from …. clinical trials,” Van Delft concluded.