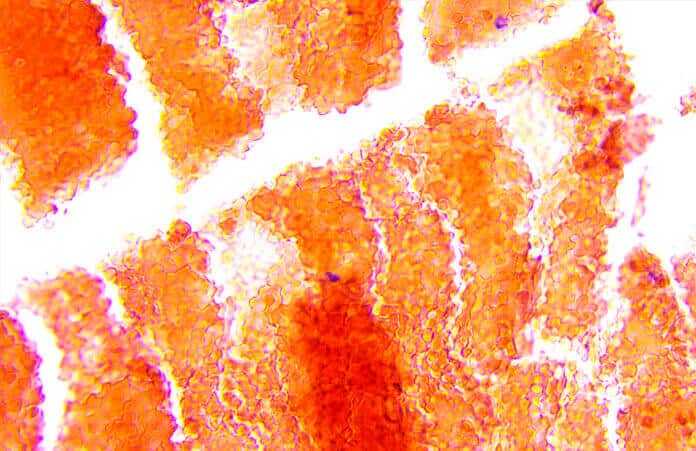 The Eph type-A receptor 3 (also known as EphA3 receptor) is recognized as a functional tumor-specific therapeutic target in glioblastoma (GBM) and is significantly elevated in recurrent disease. EphA3 is recognized for has maintaining self-renewal and tumorigenesis.

A study published in the December 2018 edition of Cancers demonstrates that the EphA3 receptor, a novel target for Humanigen‘s proprietary monoclonal antibody ifabotuzumab, is an attractive tumor-specific target for glioblastoma multiforme (GBM) therapy. The study results also suggest that ifabotuzumab may be therapeutically useful in the treatment of other solid tumors [1]

Ifabotuzumab, developed by Humanigen (formely KaloBios Pharmaceuticals), a biotechnology company developing Humaneered® monoclonal antibodies to address cutting-edge CAR T-cell optimization and oncology treatments advancing safer, better, and more effective cancer therapies, targets EphA3 and is being explored as a potential treatment for glioblastoma multiforme (GBM) and other solid tumors, both as naked antibody and as part of an antibody-drug conjugate, as well as a backbone for a novel CAR-T construct, and a bispecific antibody platform.

Positron emission tomography/computed tomography (PET/CT) imaging, showed that the anti-EphA3 antibody is effectively delivered across the blood-tumor barrier and accumulates specifically at the tumor site with no observed normal brain tissue uptake. Furthermore, anti-tumor activity was observed in this immunocompromized mouse model, using an ADC which either included the cytotoxic drug maytansine or an RIT including the radioisotope Lutetium-177. Significant increases in overall survival (p=0.0007, n=6 for the ADC, p=0.0329, n=6 for the RIT) were observed for both types of conjugates.

Critically, the researchers showed previously that EphA3 is expressed most highly on glioma stem cells (GSCs), where EphA3 has a functional role in survival and self-renewal. In GBM, EphA3 expression has been shown to be significantly elevated in recurrent versus treatment-naïve disease. EphA3 has also been shown to be over-expressed in a number of human solid tumors. EphA3 antibody targeting has been shown to inhibit tumor growth by disrupting newly formed tumor microvasculature (neovasculature).

“By targeting the tumor stem cells, stromal cells and neovasculature, we believe ifabotuzumab has the potential to emerge as a next-generation oncology therapy,”Durrant added.

A phase I clinical trial is currently underway using ifabotuzumab, the Humaneered version of the anti-EphA3 targeting monoclonal antibody that was used in this study, in patients with recurrent GBM.

This study is in part motivated by reports of the positive results of other ADC therapies in the treatment of GBM.

One of these agents is an antibody-drug conjugate, currently in Phase III for GBM being developed by Abbvie, which using the cytotoxic agent monomethyl auristatin F (MMAF) combined with depatuxizumab.

Efficacy has been demonstrated as both a single agent and in combination with temozolomide (TMZ).

“Ifabotuzumab is being developed by the leading experts in the space, who played a critical role in the discovery and development of depatuxizumab,” Durrant concluded.