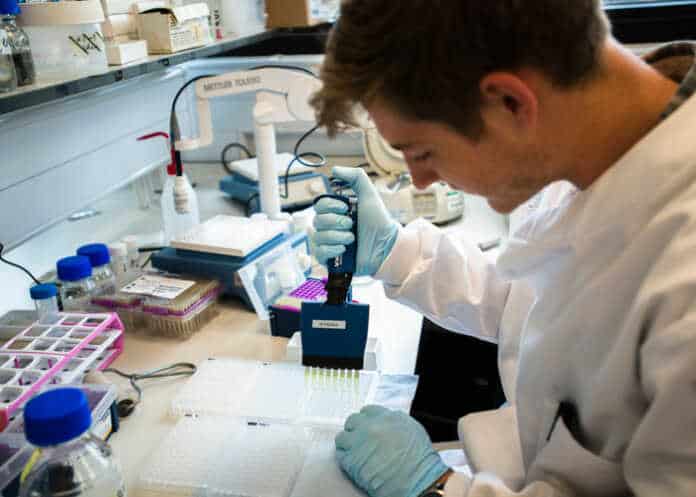 The proprietary site-specific protein-modification and linker SMARTag platform technologies were originally developed by Redwood Bioscience, acquired by Catalent in 2014) to enable the generation of homogenous bioconjugates engineered to enhance potency, safety and stability.

Unique technology
One of the unique aspect of the technology is that it employs natural post-translational modifications found in human cells to create one or more aldehyde tags at designated sites on protein molecules. These chemical “handles’’ are then stably conjugated to payloads (e.g. cytotoxic or effector) to prevent their systemic release. The SMARTag platform provides precise payload positioning, stable, site-specific conjugation and defined stoichiometry of drug–protein ratios. The control afforded by the technology enables identification of superior drugs from libraries of differentially designed conjugates.

Alternative sites of drug conjugation
As part of the agreement, Roche will gain non-exclusive access to the SMARTag platform and will have an option to take commercial licenses to develop molecules directed to a defined number of targets. Use of SMARTag, Catalent’s programmable protein-modification technology, combined with the highly stable hydrazino-Pictet-Spengler (HIPS™) conjugation platform, will permit evaluation of alternative sites of drug conjugation so that Roche may develop molecules optimized for efficacy, safety and stability.

Scientists have shown that the hydrazino-Pictet-Spengler ligation has two distinct advantages over hydrazone and oxime ligations. It proceeds quickly near neutral pH which allows for one-step labeling of aldehyde-functionalized proteins under mild conditions. As demonstrated by monitoring protein-fluorophore conjugates by ELISA, HIPS ligation products are very stable (>5 days) in human plasma relative to an oxime-linked conjugate (∼1 day). As a result, HIPS ligation exhibits a combination of product stability and speed near neutral pH that is unparalleled by current carbonyl bioconjugation chemistries. [1]

Antibody-drug conjugates generated using HIPS ligation has show excellent stability in human plasma. In contrast to the oxime, which, in one experiment, had only 40% of the payload remaining after 18 hours at 37 °C, HIPS constructs show no loss of payload after the same time period.[2]

Aldehyde tag used in conjunction with HIPS-based chemistries generates highly homogeneous ADCs. The mildness of the HIPS chemistry allows it to be used with a variety of different payloads and proteins to generate stable, biophysically well-behaved antibody-drug conjugates which offer excellent in vivo efficacy, pharmacokinetics, and safety profiles.[2]

Research findings
The agreement also stipulates that Roche will pay Catalent an up-front fee of US $1 million and provide additional research funding during the initial phase of the collaboration. Catalent has the potential to receive up to US $618 million in development and commercial milestones, plus royalties on net sales of products, if Roche pursues commercial licenses and all options are exercised.

“Roche is a pioneer and leader in biologics for oncology and beyond, and we look forward to working with the Roche team to support development of their next generation of medicines,” commented Mike Riley, Catalent Biologics’ Vice President/General Manager. “Our goal is to combine our differentiated SMARTag technology with Roche’s expertise to create new transformational treatments,” he concluded.

Studies Show Glembatumumab Vedotin to be Effective in a Wide Range...