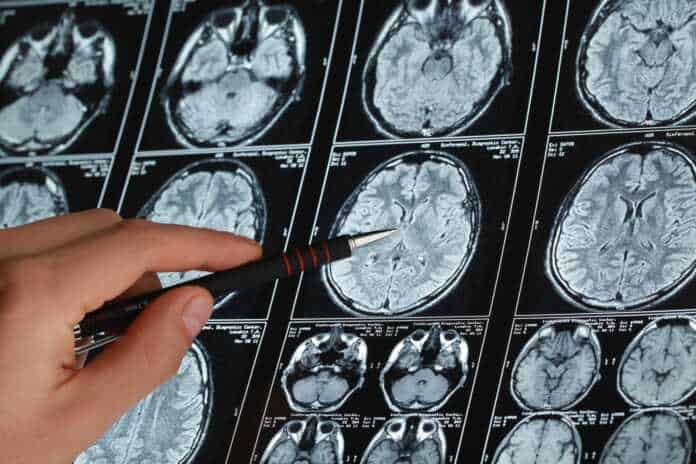 The U.S. Food and Drug Administration (FDA) has a granted Rare Pediatric Disease Designation for AbbVie’s ABT-414, an investigational antibody-drug conjugate (ADC) targeting the epidermal growth factor receptor (EGFR), for the treatment of pediatric patients with EGFR-amplified Diffuse Intrinsic Pontine Glioma or DIPG, known to be highly aggressive and difficult to treat brain tumors found at the base of the brain.[1] ABT-414, which is being developed by researchers at AbbVie, includes components in-licensed from Life Science Pharmaceuticals and Seattle Genetics.

Rare Pediatric Condition
In the United States this rare pediatric disease or condition includes diseases and conditions that primarily affect individuals aged from birth to 18 years with greater than 50% of the affected US population in this age group.

Though brainstem tumors are extremely rare among adults, they comprise approximately 10-15% of all pediatric brain tumors.[2] DIPG is the most common subtype of tumor in this anatomical region and the second most common malignant brain tumor of childhood, with an estimated 200-400 children affected each year.[2][3][8]

Diffuse Intrinsic Pontine Glioma is a type of high grade glioma (HGG) which represents one of the most common central nervous system (CNS) tumors among adults. [8] Pediatric HGG are highly aggressive,  and difficult to treat. [2]

Being glial tumors, they arise from the brain’s glial tissue—tissue made up of cells that help support and protect the brain’s neurons. These tumors are found in an area of the brainstem (the lowest, stem-like part of the brain) called the pons, which controls many of the body’s most vital functions such as breathing, blood pressure, and heart rate.

DIPG account for a significant amount of morbidity and mortality among children.[2] Despite numerous treatment approaches, five-year survival outcomes range from 15-35% and the majority of children eventually succumb to their disease.[2][9]

Diagnosis
Based on ongoing research scientists have found certain genetic mutations that might be causing DIPG. Signs and symptoms, which include rapidly developing problems controlling eye movements, facial expressions, speech, chewing, and swallowing (due to problems in the cranial nerves), weakness in the arms and legs and problems with walking and coordination, usually develop very rapidly prior to diagnosis.

Unmet need
Treatment of DIPG is complex. Complete surgical removal of the tumor is not an option because of their location in the brainstem. Because surgery in this part of the brain can cause severe neurological damage and affect the body’s most vital functions only biopsies can be performed safely.

To date, treatment options includes radiation therapy and experimental chemotherapy. Newly diagnosed DIPG is generally treated with radiation therapy designed to shrink tumors. Conventional limited-field radiation produces generate responses in more than 90% of children. Unfortunately, in many cases, these results are short-lived, lasting about six to nine months on average. Although various trials have studied the effects of an increased dose of radiation, they have not shown improved survival.[10]

Given the dismal prognosis, progression is generally anticipated within 1 year of completing radiation therapy. There is no standard treatment for progressive DIPG and no salvage regimen has been shown to extend survival. [10]

Similar to the treatment of other brain tumors, radiation therapy is often omitted for infants with DIPGs, and chemotherapy-only approaches is used. However, there is no published data supporting this approach.  In older children treatment may include experimental chemotherapy in combination with radiation therapy. This approach is actively investigated and several clinical studies evaluating a number of novel agents are either underway or have been recently completed. However, multiple clinical trials have demonstrated that routine chemotherapy does not neccessarily increase survival.[10]

Glioblastoma
ABT-414 is also studies in glioblastoma,  the most common and most aggressive type of malignant primary brain tumor.[7] Prior to diagnosis, patients may experience headache, vision problems, nausea/vomiting, personality changes and seizures.[7] For adults with more aggressive glioblastoma, treated with concurrent Temozolamide and radiation therapy, median survival is about 14.6 months.[9] Treatment for glioblastoma remains challenging. [7] Standard treatment is surgical resection, radiotherapy and concomitant adjunctive chemotherapy.[9]

The trial, EORTC 1410-BTG/AbbVie M14-483, is designed to assess whether ABT-414 alone or in combination with temozolomide improves overall survival, progression-free survival, tumor response, quality of life, neurological deterioration-free survival, and steroid use compared to standard treatment with lomustine alone or temozolomide re-challenge in patients with centrally confirmed recurrent EGFR-amplified glioblastoma.

The primary endpoint is overall survival at final analysis and progression-free survival according to Response Assessment in Neuro-Oncology (RANO) criteria and by an Independent Review Committee at the interim analysis.

“Targeting the epidermal growth factor receptor remains a logical approach … Activated epidermal growth factor receptors are found in more than half of all glioblastomas,” noted Martin J. Van den Bent, PhD, MD, Head of the Neuro-Oncology Unit of the Daniel den Hoed Cancer Center of Erasmus Medical Center in Rotterdam, The Netherlands, and Coordinator of the study who serves as the Chair of the EORTC Brain Tumor group.

“These receptors will be targeted by ABT-414. This approach has been very successful in other solid cancers,” Van den Bent added

Important advancement
“Pediatric patients with high grade gliomas have a rare and fatal disease.[2] This Rare Pediatric Designation, a first for AbbVie, is an important advancement as we continue to evaluate ABT-414 and its potential to help this group of patients who desperately need a new treatment option,” said Gary Gordon, MD, vice president, oncology clinical development at AbbVie.

“The proposal of including a nested cohort within an adult global trial is an endeavor that we hope may bring more treatments to pediatric patients,” Gordon concluded.