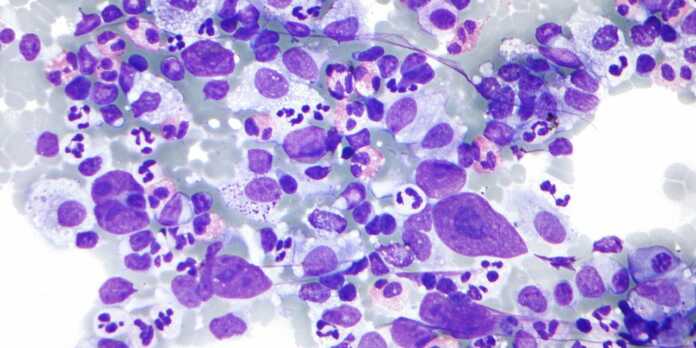 This endpoint was chosen as it provides a clearer picture of the efficacy of frontline chemotherapy and eliminates the confounding impact of salvage and consolidation chemotherapies and radiotherapy. Secondary endpoints include overall survival, complete remission and safety.

The study, conducted in North America, Europe, South America, Australia, Asia and Africa, enrolled 1,334 patients who had a histologically-confirmed diagnosis of Stage III or IV classical Hodgkin lymphoma and had not been previously treated with systemic chemotherapy or radiotherapy.

Based on these results, Seattle Genetics and Takeda plan to submit an abstract for presentation during the 2017 annual meeting of the American Society of Hematology, to be held in Atlanta, GA, December 9-12, 2017. The companies are also planning to submit these results to regulatory authorities for approval in their respective territories.

The drug is currently not approved as a frontline therapy for Hodgkin lymphoma.

Study results
The results of the ECHELON-1 trial demonstrated that combination treatment with brentuximab vedotin resulted in a statistically significant improvement in modified PFS versus the control arm as assessed by an Independent Review Facility (hazard ratio=0.770; p-value=0.035).

Safety profile
The safety profile of brentuximab vedotin + AVD in the ECHELON-1 trial was consistent with that known for the single-agent components of the regimen.

The researchers observed an increased incidence of febrile neutropenia and peripheral neuropathy in the brentuximab vedotin + AVD arm. Febrile neutropenia was reduced through the use of prophylactic growth factors in a subset of patients, and peripheral neuropathy was managed through dose modifications. The control arm had an increased rate and severity of pulmonary toxicity.

Positive results
“We are excited about the positive result which shows a statistically significant improvement in the primary endpoint of modified PFS,” said Dirk Huebner, MD., Executive Medical Director, Oncology Therapeutic Area Unit, Takeda Pharmaceutical Company. “The results of this trial signify an important step forward in the development of brentuximab vedotin and have the potential to change the treatment approach of frontline advanced Hodgkin lymphoma.”

“The outcome of the Phase III ECHELON-1 trial represents a significant milestone for the Hodgkin lymphoma community,” said Clay Siegall, Ph.D., President and Chief Executive Officer of Seattle Genetics. “Seattle Genetics’ goal is to establish brentuximab vedotin as the foundation of care for CD30-expressing lymphomas, including Hodgkin lymphoma. Notably, this is the first clinical trial in frontline advanced Hodgkin lymphoma to show superior efficacy of a regimen that eliminates bleomycin.”