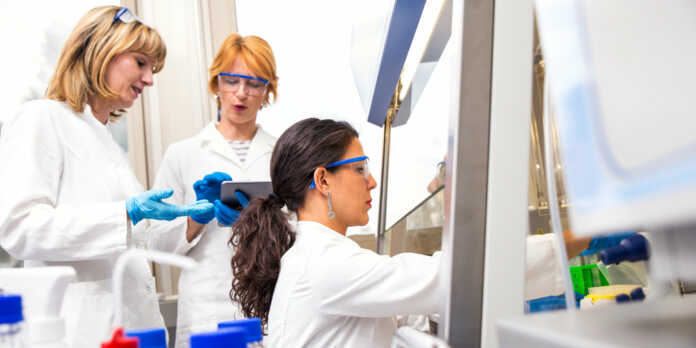 During all stages of development, including expression, refolding, downstream processing, formulation, sterilization, and storage, biotherapeutic proteins are subjected to aggregation and degradation. In the development of antibody-drug conjugates or ADCs, the attachment of hydrophobic payload to form the an ADC also enhances hydrophobicity-driven aggregation. And while aggregates/degradants may be present in low concentrations, there is real evidence that this may have a big impact on the quality of biotherapeutic agent, leading to activity loss, decreased solubility, and enhanced immunogenicity [1][2]

Now leading experts in the development of antibody-drug conjugates at ADC Biotechnology warn that best in class ADCs are being overlooked due to critical aggregation control problems.

Contract Development and Manufacturing Organizations or CDMOs may be unable to develop products which are capable of working successfully in clinical testing or which are economically viable. The warning comes as more and more full service CDMOs are investing in the development of conjugation and ADC facilities.

A major challenge
“There is a major challenge in the ADC pipeline that conventional manufacturers have not addressed and which pharma companies are obliged to work around.

The ultimate problem is that you have a candidate that may look promising but in practice it can’t be commercialized – unless aggregation control systems are put in place,” noted Charlie Johnson, Chief Executive Officer at ADC Bio, a specialist ADC contract services company which has developed an innovative new process technology to speed up, simplify and significantly lower the production costs of antibody-drug conjugates.

“We are seeing a great deal of excitement from bio-pharmaceutical companies seeking to invest in ADC therapeutics. But applying conventional manufacturing techniques will see the drugs fail or endure very long periods in development. From the vendor side, there is considerable investment across the industry in facilities – but that alone will not give you the capabilities to commercialize optimal ADC therapeutics and that is ultimately a failure to patients desperately in need of new life-saving therapies,” Johnson added.

Limited manufacturability
This is especially the case with best in class ADCs – predominantly ADC with either pyrrolobenzodiazepine (PBD) or duocarmycin as the cytotoxic drug payloads.

The development of these ADCs is very complex, primarily because these payloads are very hydrophobic and despite only comprising 2% of the ADC, they dramatically effect the propensity to aggregate. Consequently, effective aggregation control solutions are critical – without which such ADCs can’t be manufactured.

Control of aggregation
Control of aggregation can be achieved by physically segregating antibodies from each other during the critical conjugation steps. To accomplish this, ADC Bio has developed a proprietary process that can achieve the optimal molecular formulation.

Called “lock-release,” the company’s technology platform allows immobilisation of antibodies onto a solid-phase support, thereby segregating them and preventing aggregation during the critical conjugation steps.

This is accomplished by assembling – covalently ‘locking’ – ADCs to solid polymer beads, prior to conjugation, in a highly stable form. Following this step conjugates are washed free of residual toxin-linker, capping agent and solvent, prior to being released as a clean drug substance. This, in turn, enables manufacturers to evaluate the most suitable stabilizers, buffers and excipients to determine the best aggregate free formulation for release.

Following conjugation to the payload, the ADCs are subsequently released into an optimal formulation containing stabilizing excipients that suppress aggregation.

Critical bottlenecks
The ADC pipeline faces a quality issue bottleneck which, if not addressed, will prevent drugs reaching the market. There is an urgent need to adopt techniques that prevent the formation of soluble high-molecular weight (HMG) aggregate in ADCs – thereby preventing severe adverse immune responses in patients that renders drugs unusable.

Turning to the early stages of ADC development, scientists require much greater certainty that read-outs from initial in vitro panels are accurate and reliably predicative of in vivo efficacy and safety. Consequently, technology is needed that guarantees that ADCs are free of residuals, in particular free cytotoxic payloads and solvents – each of which impact negatively on in vitro assays.

Today, ADC Bio’s “lock-release” technology platform is the only commercially available system that controls aggregation at source and that is scaleable and capable of meeting the regulatory requirements of Good Manufacturing Practice (GMP) required to produce materials for use in human clinical trials.

Minimizing risk
In the development of ADCs new techniques are also needed to minimize risk to high value drug components and lower production costs. To help in this process, ADC Bio has developed a technology that can achieve this by eliminating the number of process steps and conventional purification equipment – ensuring that there are fewer points in the process chain at which physical losses of the antibodies can occur. Interestingly, this technique can prevent batch loss caused by charging reactants and reagents in the wrong order.

Success or failure
“Effective aggregation control technologies are now essential and can be the difference between whether an ADC makes it to the market as a commercially viable product or fails. Indeed, much of our future customer base will come in as the industry realizes that not all CDMOs are equal and you require not just facilities, but also highly specialist technologies when it comes to aggregation control,” Johnson said.

“We’re coming to the ADC market from a completely different direction – we are not an all purpose CDMO. We realized that there was a problem and consequently developed a proprietary technology. As a result, we are expanding our facilities to meet ADC production demand,” Johnson concluded.

Better outcomes
Lock-release will ultimately provide better patient outcomes by allowing tumor-biology to select the best available payloads and ADC formats rather than allowing manufacturability to determine what products are possible. Manufacturers and innovators will be able to select the optimal ADC concepts that can be manufactured to a meaningful scale – making the best and most efficacious ADC products possible. It is a step change technology that is set to provide the market with the best process solutions.