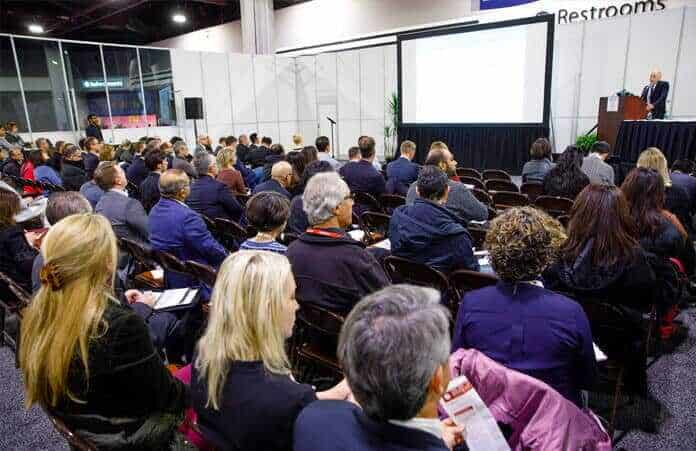 Positive results from the randomized Phase II GO29365-study (NCT02257567) that compared polatuzumab vedotin (RG7596) in combination with bendamustine plus rituximab (Rituxan®; Genentech/Roche) against bendamustine plus rituximab alone in people with relapsed or refractory diffuse large B-cell lymphoma (DLBCL) who are not candidates for hematopoietic stem cell transplant, were presented in a poster session on Sunday, December 10 at the 59th American Society of Hematology (ASH) Annual Meeting, held in Atlanta, December 9 – 12, 2017, by Laurie Sehn, M.D., British Columbia Cancer Agency/University of British Columbia. [1][2]

Diffuse large B-cell lymphoma or DLBCL is the most common form of non-Hodgkin’s lymphoma (NHL). The disease accounting for about one in three cases of NHL. DLBCL is also an aggressive type of NHL. As many as 40% of patients will relapse, at which point their prognosis is poor. In the United States, it is estimated that more than 21,000 new cases of DLBCL will be diagnosed in 2017. This represents a major unmet medical need.

The CD79b protein is highly specific and expressed in the majority of types of B-cell NHL, making it a promising target for the development of new therapies. Polatuzumab vedotin binds to CD79b and destroys these B-cells via a targeted approach, which is thought to minimize the effects on normal cells while maximizing tumor cell death.

Once internalized, the stable linker of polatuzumab vedotin is cleaved, releasing the cytotoxic monomethyl auristatin E (MMAE). In this way, MMAE inhibits microtubule polymerization, disrupts cell division, and triggers apoptosis in vitro by binding to microtubules, rigid hollow rods approximately 25 nm in diameter which are a principal component of the cytoskeleton.[3][4][5]

Polatuzumab vedotin is being developed by Genentech, a member of the Roche Group, and includes proprietary ADC-technology developed by Seattle Genetics.

Study design
The GO29365-study (NCT02257567) is a global, Phase Ib/II randomized study evaluating the safety, tolerability and activity of polatuzumab vedotin in combination with rituximab or obinutuzumab plus bendamustine in relapsed or refractory (R/R) follicular lymphoma or diffuse large B-cell lymphoma (DLBCL). [1]

“As many as 40% of people with diffuse large B-cell lymphoma do not respond to initial therapy or experience the return of their disease, at which point their treatment options are limited and the prognosis is very poor,” noted Sandra Horning, M.D., chief medical officer and head of Global Product Development.

“The promising efficacy observed for polatuzumab vedotin in this study supports its potential as a new treatment option for people previously treated for this aggressive blood cancer, and we look forward to discussing the results with health authorities,” she added.

There are a number of ongoing studies evaluating the efficacy and safety of polatuzumab vedotin for several types of non-Hodgkin’s lymphoma, including combinations with obinutuzumab (Gazyva® ; Genentech/Roche), a humanized type II anti-CD20 monoclonal antibody that binds to the CD20 antigen ( a proven target for CD20+ CLL) engineered for reduced fucose content, rituximab (Rituxan® ; Genentech/Roche), venetoclax (Venclexta™ ; AbbVie and Genentech/Roche) and atezolizumab (Tecentriq®; Genentech/Roche), the first FDA-approved Anti-PDL1 Cancer immunotherapy. [6][7][8]

Genmab Retains Partial Rights for HuMax®-TAC™-ADC, but does not Exercise Co-development...