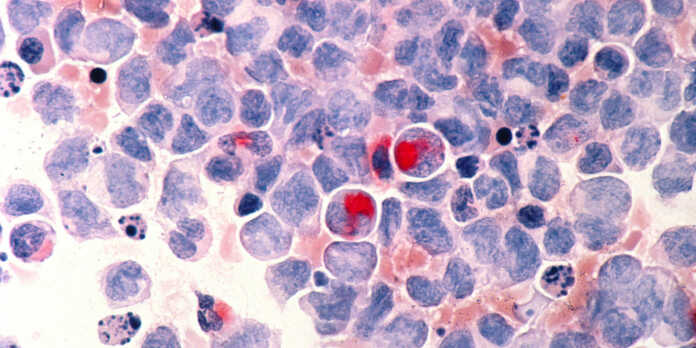 Acute myeloid leukemia is an aggressive type of cancer of the bone marrow and blood that progresses rapidly without treatment. AML starts in the bone marrow and quickly moves into the blood. According to the SEER database and Kantar Health Sciences, in 2016 approximately 33,000 new cases of AML (mostly in adults) will be diagnosed in the U.S. and Europe. In the U.S. alone, nearly 10,500 deaths will occur from AML this year.

Targeting CD123
SGN-CD123A is a novel ADC targeted to CD123 utilizing Seattle Genetics’ proprietary technology. CD123 is expressed across AML subtypes, including on leukemic stem cells, which are difficult to kill and may be responsible for high relapse rates even following intensive therapy. The CD123 antibody is attached to a highly potent DNA binding agent, a pyrrolobenzodiazepine (PBD) dimer, via a proprietary site-specific conjugation technology to a monoclonal antibody with engineered cysteines (EC-mAb).

PBD dimers are significantly more potent than systemic chemotherapeutic drugs and the site-specific conjugation technology (EC-mAb) allows uniform drug-loading of the cell-killing PBD agent to the anti-CD123 antibody. The ADC is designed to be stable in the bloodstream and to release its potent DNA binding agent upon internalization into CD123-expressing cells.

One of the unique features of ADCs is that they are designed to selectively deliver cell-killing agents to tumor cells, and thus reduce many of the toxic effects of traditional chemotherapy while enhancing antitumor activity.

The new trial is designed to assess the safety and anti-leukemic activity of SGN-CD123A. SGN-CD123A represents Seattle Genetics’ second clinical-stage program in development for AML, reflecting the company’s commitment to addressing the significant unmet need for these patients.

“AML is an aggressive, life-threatening disease with at least 33,000 newly diagnosed cases in the U.S. and Europe each year, and those patients have few effective treatment options,” explained Jonathan Drachman, M.D., Chief Medical Officer and Executive Vice President, Research and Development at Seattle Genetics.

“ADCs are an established treatment modality designed to specifically target cancer cells and minimize toxic side effects. The significant unmet need for AML and frequent expression of the validated target CD123 on leukemic stem cells support initiating this phase I clinical trial. Through our SGN-CD123A program, alongside vadastuximab talirine targeted to CD33 and currently in a phase III study, we are making a substantial effort to develop novel treatment options for AML patients,” Drachman added.

Trial design
The study is a phase I, open-label, multicenter, dose-escalation clinical trial. It will initially evaluate the maximum tolerated dose of SGN-CD123A, followed by an expansion cohort to further define safety and estimate anti-leukemic activity. In addition, the trial will assess pharmacokinetics, remission rate, duration of complete remission and overall survival. The study is designed to evaluate SGN-CD123A administered every three weeks and will enroll up to approximately 100 relapsed or refractory patients at multiple centers in the United States.