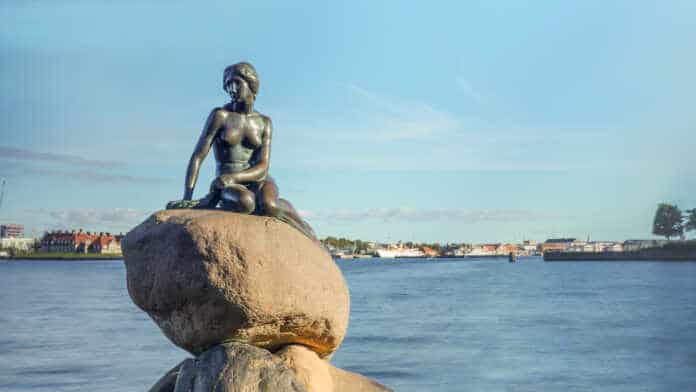 Safety and preliminary efficacy data from a phase I study of DS-8201a (Daiichi Sankyo Company), a novel investigational HER2-targeting antibody drug conjugate or ADC, suggest that the investigational drug candidate is well-tolerated with no dose-limiting toxicities.

These results come from the dose escalation part of a two-part phase I study of DS-8201a presented during a late-breaking poster discussion session during the ESMO 2016 Congress, the annual meeting of the European Society for Medical Oncology, being held October 7 – 11, 2016 in Copenhagen, Denmark.

Unique Mechanism of Action
Preclinical models have demonstrated that DS-8201a has a unique mechanism of action (MOA) where it selectively binds to the HER2 receptor on a tumor cell surface, triggering an antibody-dependent cell cytotoxic or ADCC response. [1] DS-8201a is then internalized via endocytosis (transportation into cells by an energy-using process) and the intracellular lysosomal enzymes break down the peptide to release the DXd payload, which then inhibits topoisomerase I activity, causing DNA damage and cell death. [1]

The linker-payload combination of DS-8201a allows for a higher drug-to-antibody ratio or DAR of about 8 compared to a DAR of about 3.5 seen with ado-trastuzumab emtansine (T-DM1; Kadcyla®; Genentech/Roche). [1] The higher DAR of DS-8201a may help target low expressing HER2 tumors by supplying more payload per antibody to a tumor. [1]

Phase I results
DS-8201a, given as an intravenous infusion every three weeks, is currently being evaluated in an open-label two-part phase I study in patients with advanced/unresectable or metastatic breast cancer, gastric or gastroesophageal junction adenocarcinoma, or other solid tumors that is/are refractory to or intolerable with standard treatment or for which no standard treatment is available.

The primary objective of part I of the study (dose escalation) is to assess the safety and tolerability of DS-8201a and determine the maximum tolerated dose or MTD. Secondary objectives include evaluating the pharmacokinetics, efficacy and human anti-human antibody (HAHA) against DS-8201a.

Trial design
The study enrolled 22 patients. This included 16 (73%) patients with breast cancer, 5 (23%) patients with gastric cancer, 1 (5%) patient gastroesphageal junction adenocarcinoma. All patients were treated in the dose escalation part of the study.

The maximum tolerated dose was not reached (0.8-8.0 mg/kg given every three weeks) and there have been no dose-limiting toxicities at pharmacologically-active exposure and a favorable pharmacokinetic profile. Seven grade 3 adverse events were seen in three patients (1 hypokalemia, 1 anemia, 1 neutrophil count decreased, 2 lymphocyte count decrease, 1 ALP increase and 1 cholangitis). Most common adverse events were mild or moderate gastrointestinal and hematological events.

Preliminary overall efficacy results in 20 evaluable patients demonstrated an objective response rate or ORR of 35% (seven partial responses) and disease control rate of 90%, including 12 patients previously treated with ado-trastuzumab emtansine and five patients with HER2 low expression (IHC2+/FISH- or IHC1+).

In 15 patients with HER2+ disease defined as IHC3+ or IHC2+/FISH+, the disease control rate was 100%. At the time of the analysis, 17 patients remained on treatment, and five of the first 10 patients have been under active treatment (0.8 to 6.4 mg/kg) for more than 24 weeks. The median progression-free survival had not been reached.

Among 12 evaluable patients with HER2-positive breast cancer who had prior T-DM1, the ORR was 42% and the disease control rate was 92%.

Large unmet need
HER2 is a tyrosine kinase receptor growth-promoting protein found on the surface of some cancer cells.[2] About one in five breast cancers overexpress the HER2/neu gene, which causes these cancers to grow more aggressively. [2] To be considered HER2+, cancer cells are tested by one of two methods: immunohistochemistry (IHC) or fluorescent in situ hybridization (FISH).2 IHC test results are reported as: 0, IHC1+, IHC2+ or IHC3+. A finding of IHC3+ is considered HER2+.2 A finding of IHC2+ is borderline and typically is confirmed by a positive FISH test.[2]

Several unmet needs remain today in HER2+ metastatic breast cancer. Many tumors advance to the point where no currently approved HER2-targeted treatment continues to control the disease.[3] Additionally, there are no existing options indicated for HER2 low expressing tumors (IHC2+/FISH- or IHC1+) as well as HER2 heterogeneously expressing tumors (tumors with some tumor cells having high HER2 expression and some having low HER2 expression), which generally have poor prognosis. [1][4]

“Despite recent advances in treating HER2+ breast and gastric cancer, there still remains a large unmet need for patients with HER2+ disease whose tumors are no longer controlled by currently approved targeted HER2 treatments or for tumors that express low HER2,” noted Antoine Yver, MD, MSc, Executive Vice President and Global Head, Oncology Research and Development, Daiichi Sankyo.

“The components that make up DS-8201a are unique from any other antibody drug conjugate currently in clinical development and may explain the clinical activity observed at such an early phase of development,” said José Baselga, MD, PhD, Physician-in-Chief and Chief Medical Officer at Memorial Sloan Kettering Cancer Center, New York, NY.

“While the results of this study provide important preliminary proof-of-concept for the novel mechanism of action of DS-8201a, additional research will be needed to further confirm these findings,” Baselga said.

HER2+ Breast Cancer Subgroup Analyses
A total of 18 patients enrolled in the study received one or more prior anti-HER2 therapies (18 received trastuzumab, 13 ado-trastuzumab emtansine, 5 pertuzumab, 4 lapatinib). In 12 evaluable HER2+ breast cancer patients previously treated with ado-tratuzumab emtansine, the objective response rate was 42% with a disease control rate of 92%.

“It is impressive that DS-8201a showed activity in these patients since many were heavily pre-treated with more than one HER2-targeting agent including T-DM1, and some with very substantial tumor load or large tumors,” said Kenji Tamura, MD, PhD, Chairman, Department of Breast and Medical Oncology, National Cancer Center Hospital, Tokyo, Japan and lead investigator of the study.

“This finding will be further evaluated in the second part of this study where one cohort will include only advanced breast cancer patients previously treated with T-DM1,” Tamura noted.