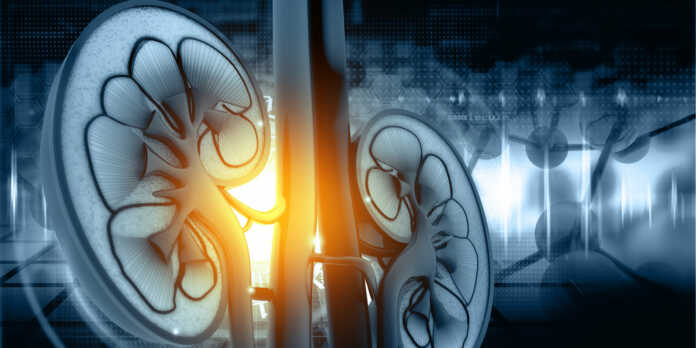 TIM-1 expression is upregulated in several cancers, most notably in renal cell and ovarian carcinomas, and is associated with a more malignant phenotype of RCC and tumor progression. [1][2]. TIM-1 has very restricted expression in healthy tissue, which makes it a good target for an anti-cancer drug. The new clinical study is open for patients with advanced and metastatic clear cell and papillary renal cell carcinoma.

… the current, standard, treatment for advanced RCC cures more than 50% of patients with stage I disease, but the results in patients with stage IV metastatic disease are very poor and associated with substantial mortality rates ranging from 90% to 97% over 5 years. This represents a major unmet need.

Incidence
The American Cancer Society estimates 62,700 new cases and and 14,240 deaths from renal cell carcinoma in the United States in 2016:[3]

Investigational drug
In CDX-014, the TIM-1-targeting antibody, CR014, is linked to a potent cytotoxic, monomethyl auristatin E (MMAE), using Seattle Genetics’ proprietary technology. The new investigational agent is designed to be stable in the bloodstream, but to release MMAE upon internalization into TIM-1-expressing tumor cells, resulting in a targeted cell-killing effect.

Current Treatment Options
Today, surgical resection is the mainstay of treatment for renal cell carcinoma. Even in patients with disseminated tumor, locoregional forms of therapy may play an important role in palliating symptoms of the primary tumor or of ectopic hormone production. Systemic therapy has demonstrated only limited effectiveness.[3]

A better understanding of cancer biology has, over the last decades, resulted in the approval of a number of new agents designed to target specific growth pathways. Two of these therapies block the mammalian target of rapamycin (mTOR), a serine/threonine protein kinase that regulates cell growth, division, and survival, others targeted vascular endothelial growth factor (VEGF)-mediated pathways and include the oral tyrosine kinase inhibitors pazopanib (Votrient®; Novartis) , sorafenib (Nexavar®; Bayer HealthCare Pharmaceuticals), and sunitinib (Sutent®; Pfizer). Two other drugs include the anti-VEGF monoclonal antibody bevacizumab (Avastin®; Genentech) and axitinib (Inlyta®; Pfizer) a highly selective, potent inhibitor of VEGF receptors 1, 2, and 3, approved for the treatment of advanced renal cell carcinoma after the failure of one previously received systemic therapy.

In adults with metastatic RCC, cytokine therapy with interleukin-2 (rIL-2/aldesleukin/Proleukin®; Prometheus/Novartis), has shown to induce objective responses. Furthermore, treatment with recombinant interferon-alpha 2A (IntronA®; Merck Sharp & Dome Corp/Merck & Co and Roferon-A®; Roche) appears to have a modest impact on survival in selected patients. [3]

More recently, treatment with the immune checkpoint inhibitors nivolumab (Opdivo®; Bristol-Myers Squibb Company), a fully human antibody that blocks ligand activation of the programmed death receptor 1 (PD-1) is the only therapy, has shown prolonged overall survival (OS) in patients who have previously received antiangiogenic therapy. By blocking the interaction between PD-1 and PD-1 ligands 1 and 2, nivolumab blocks a pathway that inhibits the cellular immune response and restores cellular immunity.

Unmet need
However, while the current, standard, treatment of RCC cures more than 50% of patients with stage I disease, results in patients with stage IV metastatic disease are very poor, associated with substantial mortality rates ranging from 90% to 97% over 5 years. This represents a major unmet need.

“Although significant advances have been made in the treatment of metastatic renal cell carcinoma, patients who progress through currently approved therapies have extremely limited options,” noted Thomas Davis, M.D., Executive Vice President and Chief Medical Officer of Celldex Therapeutics.

Since almost all patients with stage IV renal cell cancer are incurable, most patients with newly diagnosed renal cell cancer can, when possible, appropriately be considered candidates for clinical trials. [3] The lack of curative therapies for metastatic disease and the promise of novel targeted therapies may make these patients good candidated for one of the many ongoing clinical studies testing both single and combination therapies.

Novel approach
“Selectively targeting TIM-1, which is expressed in the majority of metastatic renal cell carcinomas, presents a novel approach that could provide new options for patients. CDX-014 has also demonstrated an ability to effectively kill tumor cells without negatively impacting immune response in preclinical studies, which may make it an ideal candidate for future combination therapy. We are pleased to initiate this first study of CDX-014, further broadening our pipeline to meet the needs of patients with difficult to treat cancers,” Davis added.

Study design
The Phase I dose-escalation portion of the study will evaluate cohorts of patients receiving increasing doses of CDX-014 to determine the maximum tolerated dose and a recommended dose for Phase II study. The Phase II portion of the study will enroll approximately 25 patients to assess the anti-tumor activity of CDX-014 at the recommended dose in advanced renal cell carcinoma as measured by objective response rate (RECIST 1.1).

The study is being conducted in the United States and is expected to include approximately 10 sites. Patients must have advanced/metastatic clear cell or papillary renal cell carcinoma and have experienced progressive disease after at least two prior lines of therapy, including at least one VEGF-targeted tyrosine kinase inhibitor, or be otherwise inappropriate candidates for all approved therapies. Data analysis will be conducted separately in clear cell RCC and papillary RCC, as well as by the total population.

Antigen Shedding and Targeted Delivery of Immunotoxins in Solid Tumors: A...