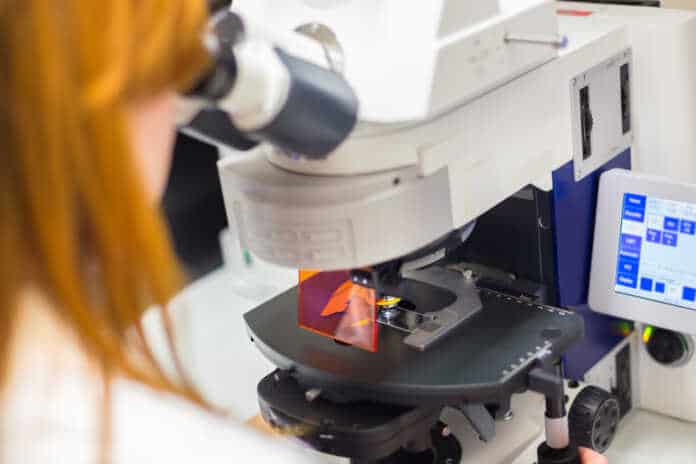 A randomized phase II clinical trial of denintuzumab mafodotin, also known as SGN-CD19A (SGN-19A), in combination with the second-line salvage regimen of rituximab (Rituxan®; Genentech/Biogen), ifosfamide, carboplatin and etoposide (RICE), for patients with relapsed or refractory diffuse large B-cell lymphoma (DLBCL), has been initiated by researchers at Seattle Genetics, a biotechnology company leading the field in developing antibody-drug conjugates or ADCs.

The new trial is based on data from phase I trial in B-cell Non-Hodgkin Lymphoma demonstrating that denintuzumab mafodotin is generally well tolerated and shows encouraging activity with durable responses in heavily pre-treated patents with B-cell non-Hodgkin lymphoma.[1]

Lymphoma is a general term for a group of cancers that originate in the lymphatic system. The two major categories of lymphoma include Hodgkin lymphoma and non-Hodgkin lymphoma.

Non-Hodgkin lymphoma represents a diverse group of cancers that develop in the lymphatic system and are characterized by uncontrolled growth and accumulation of abnormal lymphocytes. Lymphocytes are a type of blood cells that are responsible for defending the body against infection. The most common forms of non-Hodgkin lymphoma are diffuse large B-cell lymphoma or DLBCL (an aggressive subtype) and follicular lymphoma (an indolent subtype).

Diffuse large B-cell lymphoma is the most common type of aggressive non-Hodgkin lymphoma. The new study is intended to evaluate the activity and safety of the combination regimen compared to RICE alone.

Reducing toxic effects of chemotherapy
Denintuzumab mafodotin is a novel antibody-drug conjugate targeting CD19, a protein expressed uniformly on almost all B-cell malignancies. The drug is composed of a humanized anti‑CD19 monoclonal antibody conjugated to the microtubule-disrupting agent monomethyl auristatin F (MMAF) via a maleimidocaproyl linker. The ADC is designed to be stable in the bloodstream and release its cytotoxic agent upon internalization into CD19-expressing cells. This approach is intended to spare non-targeted cells and thus reduce many of the toxic effects associated with traditional chemotherapy while enhancing antitumor activity.

“The only curative option for patients with diffuse large B-cell lymphoma, or DLBCL, who relapse after initial treatment is an intensive salvage regimen with the goal of achieving the best possible response prior to autologous stem cell transplant. Those who are transplanted in PET-negative complete remission have the best outcomes. Currently, only 50% of DLBCL patients are able to proceed to a transplant following treatment with any of the currently available salvage treatment regimens, representing a significant need to identify more effective treatment options,” noted Jonathan Drachman, M.D., Chief Medical Officer and Executive Vice President, Research and Development at Seattle Genetics.

“In relapsed DLBCL patients in a phase I clinical trial, we have observed an objective response rate over 50 percent with denintuzumab mafodotin monotherapy and a tolerability profile that is well suited to combination regimens. Our preclinical data suggest that combining denintuzumab mafodotin with RICE may result in synergistic activity, potentially leading to improved treatment outcomes in relapsed or refractory DLBCL patients,” Drachman Continued.

Trial design
In this phase II randomized, open-label, multi-center clinical trial, approximately 150 relapsed/refractory DLBCL or grade 3B follicular lymphoma patients who are eligible for an autologous stem cell transplant (ASCT) will be randomized to receive RICE either with or without denintuzumab mafodotin every three weeks for three cycles. The primary endpoint is to compare the complete remission rates between the two study arms. Secondary endpoints include safety of the combination regimen, progression-free survival, overall survival and the number of patients who are able to undergo autologous transplant.

At the 2014 annual meeting of the American Society of Hematology (ASH) data were presented from an ongoing phase I trial of relapsed/refractory aggressive non-Hodgkin lymphoma patients who received single-agent denintuzumab mafodotin every three weeks.

Trial results
Of the 51 evaluable patients, including 45 DLBCL patients, the objective response rate across all dose levels was 35%, including 20% complete remissions and 16% partial remissions. In the subset of patients who had relapsed disease, the objective response rate was 55%, including 32% complete remissions and 23% partial remissions. The most common adverse events of any grade occurring in more than 25% of patients were blurred vision (60%), dry eye (46%), fatigue (38%), constipation (33%) and keratopathy (31%). Ocular symptoms and corneal findings were superficial, generally reversible, and were managed with steroid eye drop treatment and dose modifications. The majority of affected patients experienced improvement and/or resolution at last follow up. Furthermore, no significant myelosuppression or peripheral neuropathy were observed, suggesting that denintuzumab mafodotin may be well tolerated in combination with multi-agent chemotherapy.