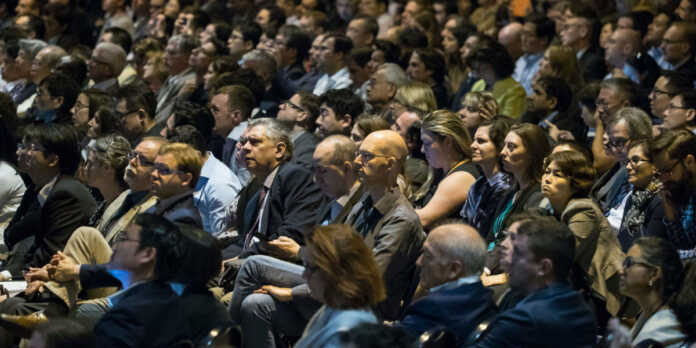 Updated phase I data for enfortumab vedotin, also known as ASG-22ME or ASG-22CE , studied as monotherapy treatment for metastatic urothelial cancer (mUC) were presented at the 53rd annual meeting of the American Society of Clinical Oncology (ASCO) being held June 2 – 6, 2017 in Chicago.

Enfortumab vedotin, being developed by scientists at Agensys (part of Astellas) in collaboration with a team of scientists at Seattle Genetics, is an investigational antibody-drug conjugate or  ADC that targets Nectin-4, a cell surface protein expressed in multiple solid tumors including  metastatic urothelial cancer, particularly in bladder cancer, ovarian cancer, and non-small cell lung cancer (NSCLC).

The drug is composed of a fully humanized anti-Nectin-4 antibody created by using a transgenic system, the XenoMouse®, from Amgen, and, via a proprietary linker technology developed by Seattle Genetics, attached to the synthetic cell-killing agent monomethyl auristatin E (MMAE), a microtubule-disrupting agent.

Enfortumab vedotin is the first agent to target Nectin-4, which is expressed on many solid tumors, with especially uniform expression on bladder cancers. Preclinical data demonstrate that enfortumab vedotin effectively binds to target cells, internalizes and induces cell-killing activity.

Unmet medical need
Urothelial cancer is most commonly found in the bladder (90%). According to the American Cancer Society, approximately 79,000 people in the U.S. will be diagnosed with bladder cancer during 2017 and almost 17,000 will die from the disease. Outcomes are poor for patients diagnosed with metastatic disease, with a five-year survival rate of five percent.

Registrational trial
Based on the data from the ongoing phase I clinical trial presented today, Agensys and Seattle Genetics, who entered into an antibody-drug conjugate development collaboration in early 2007, are co-developing and eventually co-commercialize, enfortumab vedotin. As part of their collaboration the companies plan  to initiate a registrational monotherapy phase II trial for locally advanced or mUC patients who have been previously treated with a therapy of checkpoint inhibitors (CPI), drugs that unleash an immune system attack on cancer cells. Furthermore, a trial evaluating enfortumab vedotin in combination with CPIs is planned for later this year as part of a broad clinical development program.

“Patients with metastatic urothelial cancer typically have a five-year survival rate of just five percent and are in urgent need of new treatment options,”  explained Daniel P. Petrylak, M.D., Ph.D., Yale Cancer Center and presenter of the phase I data at ASCO.

“Despite recent clinical advances, up to 80% of patients fail to respond to checkpoint inhibitors, or CPIs, and there are no approved therapeutic options for use after CPI failure,” Petrylak addded.

“The objective response rates observed in our phase 1 analysis of enfortumab vedotin show the potential benefit of this agent for patients with metastatic urothelial cancer, particularly those who have failed checkpoint inhibitor therapy. Enfortumab vedotin was generally well-tolerated, and the most common adverse events were nausea, itching, fatigue and diarrhea,” he noted.

“Our updated enfortumab vedotin monotherapy phase I data at ASCO continue to show encouraging antitumor activity and a well-tolerated safety profile in patients with heavily pretreated metastatic urothelial cancer. We plan to initiate this year a pivotal phase II study in the CPI-pretreated setting with the intent of pursuing accelerated approval from the FDA,” said Jonathan Drachman, M.D., Chief Medical Officer and Executive Vice President, Research and Development at Seattle Genetics.

“Enfortumab vedotin is our first late-stage clinical program for solid tumors, and these data demonstrate the potential for antibody-drug conjugates to provide therapeutic benefit across a wide array of cancers,” Drachman added.

“We’re pleased to be moving forward the enfortumab vedotin development program in support of patients who may benefit from this new potential treatment option,” he further noted.

Updated results
The updated results from the ongoing phase I study evaluating enfortumab vedotin as a monotherapy for mUC were presented earlier today by Daniel P. Petrylak.

The ongoing trial evaluated the safety and anti-tumor activity of enfortumab vedotin at escalating doses of 0.5 to 1.25 milligrams per kilogram (mg/kg) weekly for three of every four week cycles.  The data presented included a total of 81 patients diagnosed with mUC with a median age of 67 years.

Thirty seven patients (46%) were previously treated with checkpoint inhibitors and 77 (95%) had undergone treatment with a platinum-based chemotherapy. Ninety-seven percent of patient screening samples showed Nectin-4 expression, the majority of which were at a high level. All response rates include confirmed and unconfirmed responses, as assessed by the investigator. The recommended phase II dose (RP2D) has been established at 1.25 mg/kg.

The preliminary estimate of median duration of response for all patients was 24 weeks.

Of the 32 patients previously treated with checkpoint inhibitors and evaluated for response, 14 patients (44%) had an objective response, including one complete response (3%) and 13 (41%) partial responses. At the RP2D, eight out of 17 CPI-treated patients (47%) achieved a partial response, and disease control occurred in 13 patients (77%).

Of the 19 patients with liver metastases, nine (47%) had an objective response, including one (5% five perc) complete response and eight (42 percent) partial responses. Disease control was achieved for 13 patients (68%).

Overall, the trial results support further development of enfortumab vedotin as monotherapy and in combination with other therapies for patients with mUC. Enrollment is ongoing at the RP2D in patients with mUC who have been previously treated with checkpoint inhibitors.